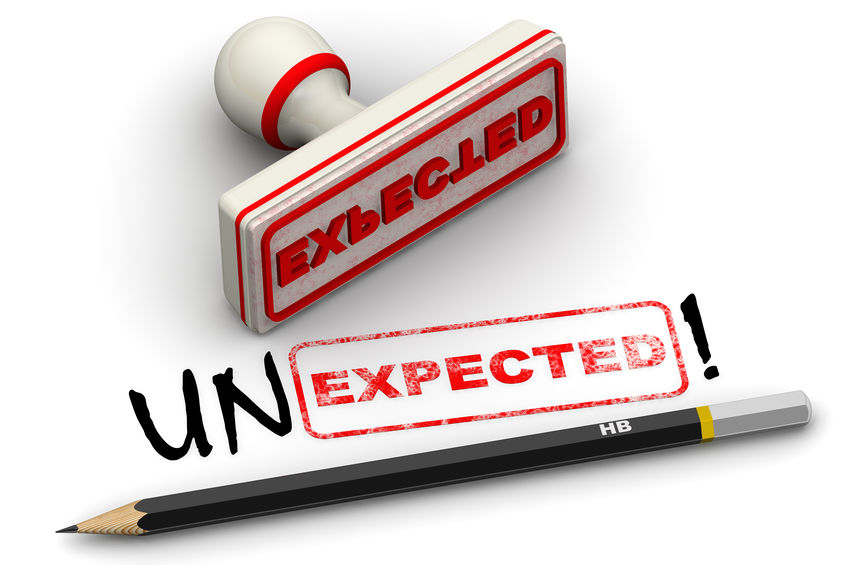 This is the third article, in the short series ‘The Three Types Of Irony and How To Use Them In Film‘. You can read the first one here.

In this article, we’ll take a more in-depth look at situational irony in film, and how you can apply it in your screenwriting.

Part of film storytelling and subscribing to the “what comes next” theory of screenwriting is setting up expectations for the audience.

Setting expectations is all about planting upcoming events or interactions for the audience to anticipate or fear on behalf of the characters.

Think about how many times a film starts on the eve of a big milestone in the character’s life, like an important deadline for work or an upcoming wedding of a loved one – maybe even their own wedding!

When you plant these ideas for the audience to anticipate, you now have set their expectations of what’s to come, even if they don’t realize it.

By doing so, you’ve put an idea of where the story is going that you can now play against for comedic or dramatic effect using situational irony!

Here are a few ways that I’ve discovered to use situational irony to surprise or delight your audience when writing.

This is especially helpful when writing a movie that feels familiar, either because of the character archetypes, genres, or tropes inherent to the film’s concept.

Playing against Genre for Situational Irony

Playing against genre is one of the most fun ways to use situational irony to write an original-feeling story inside of a familiar genre.

Because genre is such a familiar film language, it’s also the easiest to play against when trying to use situational irony to uproot your audience’s expectations.

Think about the most recent genre-films that have come out in the last five years. Have you noticed a decent amount of genre-bending?

Genre-bending or genre-mixing is taking two different genres and mashing them up.

Think about the rise of horror-comedies, or drama comedies, or even my favorite genre-mash up, the “zom-rom-com” of zombie movies like Shaun of the Dead, Warm Bodies, or Life After Beth.

Marvel superhero movies have been the most mainstream example of genre-bending in action. Many of the best Marvel movies work because they are genre-films starring superheroes.

Think about the success of Guardians of the Galaxy and Thor: Ragnarok. They are sci-fi space operas, comedies and action movies all wrapped into one.

How to play against genre in your screenplay

For whatever film you are writing, even if it’s a gritty indie noir thriller about serious issues, be thinking about the “trappings” of that genre and how they work from a story structure standpoint.

When you set out to write your own story in that genre, think about how you can play against those story mechanics using situational irony.

Or maybe the hero is the femme fatale, and she has to take her fate into her own hands and investigate the murder herself!

Playing against Archetype for Situational Irony

Speaking of femme fatales, let’s talk about character archetypes and how you can use situational irony to play against type.

Playing against archetype works the same as playing against genre, only more specifically, you can use the language of character archetypes to surprise or wow your audience using situational irony.

Let’s say you’re writing an action movie. You’d probably write a character like Bruce Willis in Die Hard or Dwayne ‘The Rock’ Johnson in, well, anything.

But what if the character whose supposed to be the lead is a 13-year-old girl, only she’s thrown into the same situations they would be, and has to fight her way out of and save the day?

See what I’m getting at here?

This is using situational irony to play against archetype, completely flipping the audience’s expectations upside down. The characters they’re used to watching in action movies have been inverted – making them interesting again!

How to play against archetype in screenwriting

In your own writing, think about the “archetype” of character your own characters fall into.

Even if you’re trying to write the most authentic, well fleshed-out, three-dimensional characters possible, each of your characters probably fall into some type of archetypal role.

The genre of the film might influence that archetype, as will the relationship dynamics inherent in the characters.

If your character is a caring mother, she will have certain motherly archetypal traits, same with a prodigal son, or a wounded idealist, or a tormented veteran, etc. etc.

Part of creating “original” characters is thinking about how you can invert the expectations inherent to these archetypal roles.

What if the caring mother was also a killer?

What if the prodigal son was actually a robot?

What if the wounded idealist was God?

The tormented veteran a fourth-grader?

Some of those might sound comedic, but using situational irony to play against type when building your characters also infuses them with conflict – which creates drama.

You need conflict to drive your stories, and the best characters are inherently conflicted – thus inherently dramatic!

Playing against Trope for Situational Irony

Finally, there is using situational irony to play against trope. In the world of literary fiction, tropes are commonly used literary devices in stories.

In the world of film, tropes are often recurring plot devices familiar to genre or character, which makes playing against trope more of a catch-all term for plot machinations.

Technically, genre films usually follow the same story beats, which leads to there being recurring tropes, like the scene in the detective’s office when the femme fatale shows up late at night, or the action movie where the hero has to protect an innocent young girl from terrorists.

No matter what film you’re writing, the audience is going to have set expectations about what’s going to happen. Knowing what an audience expects from the tropes of your particular story or genre helps you play against those tropes.

Let’s take the tragic misunderstanding in romantic comedies as an example again and how it relates to situational irony.

Every romantic comedy has to have a tragic misunderstanding at the center of it.

That’s because the characters do have to be perfect together – except for one thing that obviously isn’t that big of a deal because it’s just a misunderstanding!

Now that you as a writer know this trope when you set out to write your own romantic comedy, how can you play against the trope of the tragic misunderstanding?

What if the only reason the two characters like each other is because of a tragic misunderstanding?

It could be mistaken identity, it could be a misinterpretation that they both are two different people, they both could be cons trying to con each other out of a huge score that doesn’t exist!

How to play against trope in screenwriting

The more literate you are in film genre, archetypes, and tropes, the better you can play against them using situational irony, so if you’re interested in writing in a particular genre, or a particular story type, watch similar films in that genre or style.

Learn what others have done, and what tropes are familiar to similar stories, and think of ways you can invert the expectations that come with those tropes in your own work.

How do you as a writer invert your own expectations of how you imagine a situation should play out?

What if the complete opposite of what you expected to write were to occur? What would the story become then?

What directions would the scene go in, that you hadn’t planned?

I had a screenwriting professor once suggest this piece of advice: every time you set out to write a scene and you don’t know where it’s going, make a list of the top ten things that could happen, with the 1. being the most obvious and 10. being the most insane.

Two lovers are having an affair, and the spouse of one comes home, catching them in the act. What happens next?

Up Next: how to use Verbal Irony in Film

So that concludes this article on situational irony in film.

Next up we shall take at closer look at how you can use verbal irony in your next screenplay.