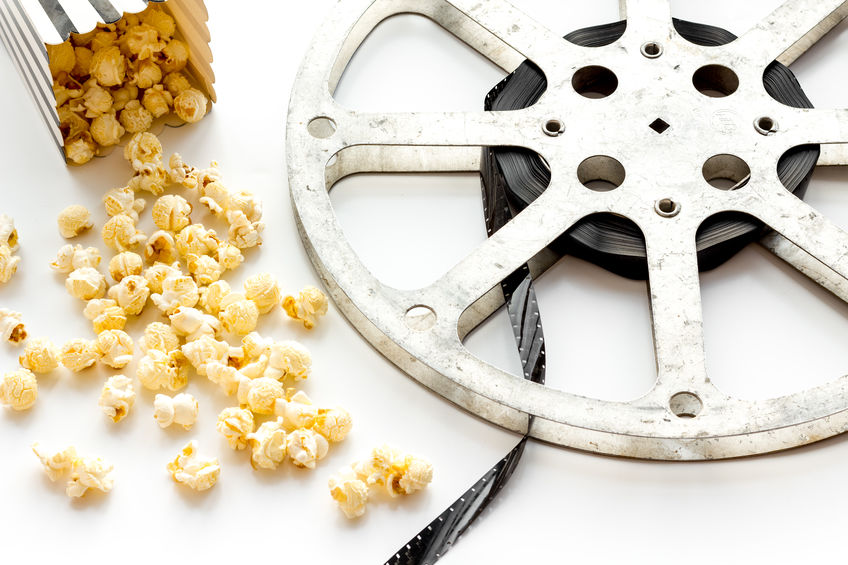 As an independent filmmaker creating short films and looking to submit them to festivals, you’ve probably wondered how long your short film should be in order to get accepted.

Many festival programmers offer different opinions on this, and each festival has their own rules about what the cut-off length is between a short film and a feature.

Even though a short film can technically be as long as fifty minutes and still qualify as a short, most film festivals programmers agree that the ideal length for a narrative short film is under 10 minutes; that said, narrative shorts between 8 to 12 minutes are still viable, while documentary shorts can be up to 20 minutes long and still get programmed fairly easily.

We’ll get into the reasoning behind all of this below, but first, let’s discuss a little about how long a short film can be and still be a short, what makes a short film a “short” instead of a feature, and why the ideal lengths of docs versus narrative films are different.

How long can a short film be?

According to most film festivals, any film that is less than 40 – 50 minutes in length is considered a short film, and according to traditional narrative storytelling, even a film that’s 5 seconds long with a beginning, middle, and end can still count as a short film.

That’s a very wide range to work with – and as we stated above, neither a 50 minute short nor a 5 second short are ideal for festival programmers.

We’ll get into why that is momentarily, but first let’s discuss a little bit more about what makes a short film a “short” as opposed to a feature?

What’s the difference between a short film and a feature?

A short film is considered a “short” if it tells a single story in a shorter amount of time than would qualify it to be a feature. That’s the technical definition: a short is any film shorter than feature-length.

Now, technically, the Academy Awards qualify a feature-length film as “over 40 minutes”, but a studio rarely releases a film under an hour and a half unless it’s an animated film. For example, Corpse Bride was one of the shortest if not the shortest ever released at 77 minutes long.

While length is the only technical definition separating a short from a feature, there are certain structural differences that separate most short films from features.

For starters, most feature films follow a familiar formula with familiar story beats that tend to fall around the same time for each film:

This is a highly abridged description of feature film narrative structure, and all kinds of movies break these rules in favor of longer runtimes or more creative story choices nowadays anyways.

But still, this traditional narrative structure is widely satisfying to audiences who are familiar to it. We’ve written more about feature film structure here, so make sure to check it out if you haven’t!

While all feature films follow a similar structure to the above, most short films are forced to follow a more streamlined and condensed structure in order to feel equally satisfying to the viewer.

For a short film to feel equally satisfying, it must follow its own sense of structure:

This is a much simpler narrative structure to follow than a traditional narrative feature structure, and as such, it can be used to successfully write short films of any length, be them 5 seconds or 50 minutes.

But do you actually want to write a short that’s 50 minutes long?

Pros and Cons of writing and producing a “long” short film.

Let’s say you set out to make a 50-minute short film. You write a script that’s about 45 pages and shoot over 60 minutes of content.

Now you need to cut it down to 50 minutes so that it qualifies for Sundance – or worse, 40 minutes to qualify for the Academy Awards!

It’s time to ask yourselves a few questions:

The reality is, a lot of first time filmmakers will set out to tell a story in a short film format that is really better suited as a feature length film.

Or worse, they’ll purposefully shoot a “short film” that is just the first 20 minutes of a feature but doesn’t actually tell a satisfying story according to short film structure.

That’s not to say that taking a scene from a feature film and turning it into a short film isn’t a good idea.

Plenty of filmmakers have done this and used it to create a proof of concept short to sell their feature films or at least get meetings with agents or producers based on their ideas.

However, if you set out to write a long-form short, you need to adhere to the basics of short film narrative structure:

This doesn’t mean that you just take the last twenty minutes of your feature and turn those into a short film. A satisfying moment of decision can happen at any point in a feature film story because all feature films are made up of characters making important moments of decisions.

In fact, every scene should be hyper-focused on a single character making a single moment of decision and showing the ramifications that come with that decision.

If written well, any scene can become a powerful short on its own, and because every well-written scene could be a well-written short, great short films only have to run as long as a single scene in order to work.

Which brings us to our main point…

The ideal length for a short film – and why.

These are all important facts to keep in mind as a filmmaker, but we’re about to put down our filmmaker hat for a second and put on our festival programmer one.

A short film block refers to a set period of time where a series of short films are screened all in a row, usually united by a similar theme or genre.

Example: a comedy shorts block would be a screening of a series of comedic short films.

Because we are used to going to the theater to watch feature length films, we have trained ourselves as audience members to sit down for about an hour and a half.

Film festival programmers know this and program short film blocks to take about 90 minutes – the same length of time as a feature film.

Because film festival programmers want to fill their 90-minute blocks with as many high-quality short films as they can, they are going to be looking for films that fit nicely into that 90-minute time slot together.

This makes short films that are under ten minutes easier to program.

Think about it like this: let’s say a film festival programmer receives over 600 film submissions.

How do they divide them up?

Well, if the programmer wants to fit as many of their favorite films in their block as possible, they are most likely going to choose from the 15 films that are under ten minutes long.

That’s because they can fit about 12 of them in the block, as opposed to 6 or 7 that run at 10 minutes or longer.

Now, that’s not to say every programmer automatically passes on every film that’s over ten minutes long.

It just means they would be potentially saying goodbye to two other films they love in order to program it, so that film would have to be pretty damn worth it to make the cut.

Run time isn’t the only issue that longer short films have. Sometimes, a longer short might be rejected because it is structured more closely to a feature than the satisfying short film structure I outlined above.

Short films that fall into this category tend to feel unsatisfying to the viewer because there are certain plot points that feel either rushed or underdeveloped.

In an interview with Carlos Aguilar for Filmmaker Magazine, Sundance Programmer Mike Plante had this to say about short films that start to run too long:

[…] you start introducing plot points, characters, and a feeling like you are watching a feature… and then you gotta end the film.

Don’t try to do a mini feature. Nobody got their feature made or got an agent because [someone said], ‘Oh I can see everything in your feature in a 10-minute film.’ That never happens.

What happens is: ‘You made a good short, what else do you have because we really like this 10-minute film?’

This is great advice, and coming from a programmer at Sundance Film Festival, it’s worth listening to – especially if you’re actually trying to get into Sundance!

The difference with documentaries.

Also mentioned in the interview with Aguilar, Plante had this to say about the difference between documentary runtimes and narrative runtimes:

We do often show documentaries that are 15 minutes or longer, and it’s almost purely because of the weight of a true story.

[Long documentary shorts can be] more fulfilling. You can tell a complete story arc in a documentary inside 20 minutes, unlike a narrative film. It’s just a different type of film language.

Having never worked in documentary film, but having been to plenty of film festivals that screened docs, I can still vouch for this firsthand.

I have seen plenty of documentary shorts that span closer to twenty minutes than 10, and I agree with Plante’s assessment that documentary language is inherently different than that of traditional narrative film.

I’ve also noticed that festival programmers tend to program these types of docs towards the end of their block (unless it’s a doc block, of course).

In my opinion, that’s because they are longer in nature, and would break up the rhythm of a series of shorter narrative films, which does also matter to programmers.

One more thought on programming a festival.

One thing that’s helpful to me when putting myself in the shoes of a festival programmer is to think of building a short film block like creating a mix cd that you want someone to really enjoy.

You program the films in a particular order to create a particular emotional effect, taking the audience on a journey with you as you experience the power and beauty of each story individually while also getting a sense of how they all interconnect with the larger theme at play in the block.

I’ve noticed that the programmers who really put the most work into their craft are also selecting films that have the most to say about the current moment in time, carefully curating their blocks to paint a broad and diverse reflection of the world around us.

The best programmers highlight the most talented filmmakers telling the most thrilling and thematic stories, piecing them together in a way that shows how the language of film is ultimately one of human connection.

A well-programmed film festival block showcases how every film exists in its own unique world while also existing together in conversation with every other film that’s ever been created.

When creating your next short film, keep your eyes on the prize.

Don’t set out to create an abridged feature film – instead, create a compelling short focused on communicating a single idea through a single character making a climactic moment of decision.

I’m positive you’ll find these limitations freeing – and might even have a much better festival run because of it!

2 thoughts on “How Long Should Your Short Film Be For A Festival?”