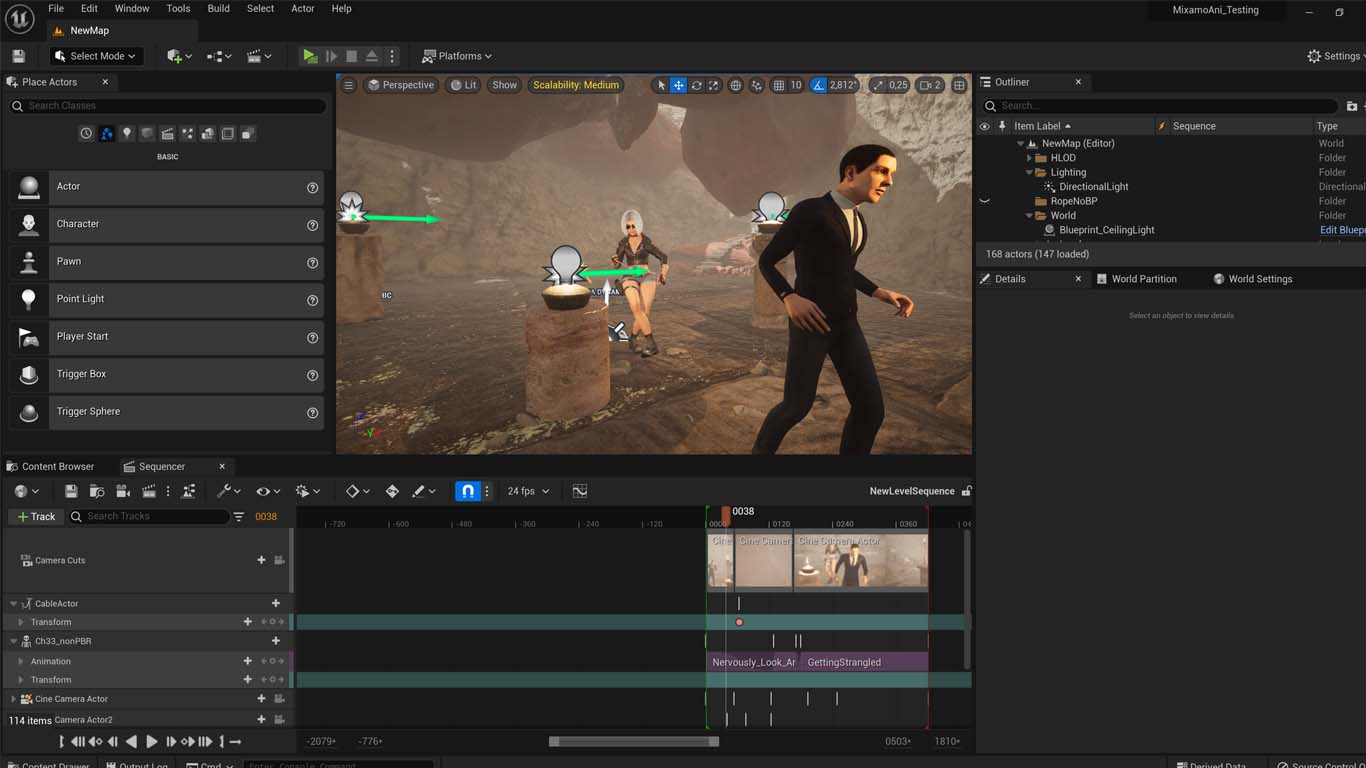 I’ve begun to understand how to create a cyberpunk city in Unreal Engine 5.

But even though the city itself is a very important element in neo-noir and cyberpunk films, without characters in it to bring it to life, it is just dead and empty streets.

So I created a small test scene to take the first steps into 3D character in UE5.

My goals with this project were:

You can watch the result here:

Still LOTS of hurdles to overcome!

Some of it turned out great, I think. But there are still a lot of things I can’t figure out.

Fx, a major hurdle is to create a physics collision and combine it with animation.

First, I created a simple plane with a wooden floor and a table. And then imported the two characters and got them to move with the Mixamo animations.

I had created it so that the guy stood close to the table in front of him. But as he fell over, his head kept falling through the table even though I had enabled collision on both the guy and the table.

No matter how many boxes I ticked and unticked, I could not get it to work. But the cable seemed to interact with the guy just fine.

For this to work, I think I might have to apply some kind of physics nodes to the guy so that his head and body will act like a ragdoll when they hit the table while still maintaining the animation.

I think it’s called physics animation, but it’s too complicated for me to figure out yet. So instead, I ended up simply moving the table so he wouldn’t hit it when he fell.

Work smarter – not harder, I guess… or something like that.

If you would happen to know how to do this or point me in the right direction, please share in the comment section below.

I’ll share any further progress here on the site as I pick up new things along the way. And it IS a loooong way.