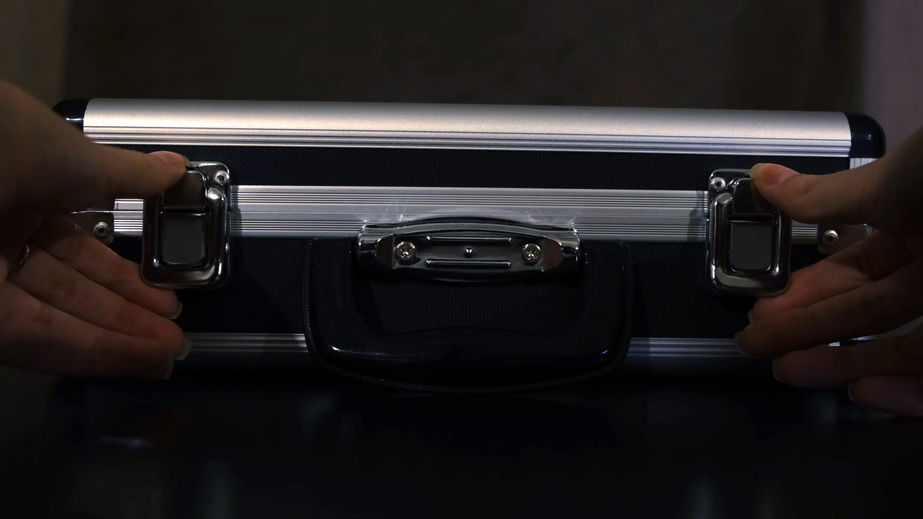 When you are coming up with a story, it’s important to have a plot that moves forward at an engaging pace.

Oftentimes, movies will have an object, goal, or person that serves as motivation for the characters or is something they pursue.

This object is called a MacGuffin.

Essentially, the definition of a MacGuffin is a plot device that sets the story in motion and pushes it forward. MacGuffins can either be objects, people, ideas, or goals, and their meaning is to motivate the characters in a film and give them something to pursue. MacGuffins are used in many movies and a handy tool for organizing a story and captivating an audience.

Though some films do not rely on MacGuffins to set things in motion, they are a good idea if you struggle with pacing. MacGuffins are effective ways to keep you on track, build mystery, and help tie your movie together as you.

In this article, we will define MacGuffins in more detail, give some examples to help clear things up, and go over the strengths and weaknesses of this plot device.

As we said in the introduction, a MacGuffin is a plot device that initiates and pushes the story forward. These can be either objects, people, ideas, or goals that motivate your characters and give them something to pursue.

Oftentimes MacGuffins can be a mystery to the audience. Having an unexplained character or object that’s a subject of pursuit is a good way to build intrigue if done carefully.

Since MacGuffins are largely plot devices, the specifics of their nature are secondary to the role they fill in propelling the story forwards. The primary purpose of using a MacGuffin is largely to motivate characters and connect the dots of a film as it moves forwards.

Popular common MacGuffins include pieces of jewelry, a suitcase, or even a missing family member. While these may be commonly referred to throughout the film and the motivation for many actions, they can largely avoid being described in detail.

One of the clearest examples of a MacGuffin would be the suitcase in Pulp Fiction. The suitcase motivates the action, it is pursued throughout the film, but the contents remain unknown.

The great part of this example is that it illustrates how it is entirely possible to have an object serve only as a plot device to move characters from point A to point B. It motivates conversations and actions, though the suitcase itself and what’s inside are largely irrelevant.

Another popular example of a MacGuffin is Rosebud in the film Citizen Kane. Similar to the suitcase, Rosebud is a mystery throughout the movie and is the tool used to transport us between scenes.

Whereas the suitcase never has its contents revealed, Citizen Kane does reveal Rosebud’s meaning. Therefore MacGuffins don’t have to exist solely as a plot device. They can hold significance outside of that, though their primary strength is as the catalyst for which actions take place.

A third and final example of a popular MacGuffin are the plans for the Death Star in Star Wars. Found by Luke in R2-D2, these plans are what motivate his trip across the galaxy, though we barely are told what the plans are.

Plans, files, and documents of any sort are common MacGuffins. For most films, describing these things in detail would be an unnecessary exposition and dialogue. It is much more effective to show something’s importance than tell it to us, even if it means the audience may never understand the object fully.

Strengths and weaknesses of using MacGuffins

Done right, using a MacGuffin in a film is a very effective plot device.

Done wrong, MacGuffins can be utilized poorly and come off as contrived, distracting, or unnecessary. Because these devices are so popular, you must be careful about implementing MacGuffins into your script.

So let’s take a look at some of the strengths and weaknesses of MacGuffins.

The strengths of MacGuffins lie in their efficiency in storytelling. It is always more effective to show something in film than to say it. Rather than explain why something is urgent or important, conveying that through characters’ actions and desperation will be far more convincing.

When the MacGuffin is an object that elicits such responses from a film’s characters, it is almost guaranteed to be visual. If it is somewhat of a mystery, the impact can be even stronger as we’re more likely to pay attention to reactions than the details of the object itself.

MacGuffins are also very good at organizing a plot. As seen in Citizen Kane, a story can flash forward or backward through time and across locations. If it is all tied together by one object, though, or idea though, it will be much easier to watch and far easier to write.

Some MacGuffins have been used many times, that they’ve become clichés.

Briefcases fx are definitely a saturated piece of imagery. Though you can still use one in your screenplay, understanding the associations that come with that are important, and I am almost certain someone will bring up Pulp Fiction.

Don’t be vague for the sake of being vague. Instead, be intentional!

It’s also important not to be intentionally vague just for the sake of intrigue. Instead, ask yourself what needs to be described and what level of description will assist with moving the story forward.

Whereas the contents of the briefcase were irrelevant in Pulp Fiction, we were always aware that R2-D2 carried the plans for the Death Star. Given the plots of the two different movies, this makes sense.

There are various ways to use MacGuffins, and none of them are inherently right or wrong. Instead, what’s important is understanding how it relates to the story you’re coming up with on your own and how it can move the plot forward while still engaging an audience.

Here’s a quick list of some famous MacGuffin Examples:

Hopefully, this helps clear up what a MacGuffin is and how to use it in your own writing. Chances are you’ve already done this without knowing the term and are very familiar with MacGuffins across all sorts of media.

Knowing this, it becomes fun to spot MacGuffins in movies and recognize how their functions are similar or different between films. In addition, recycling these techniques and structures in your own projects and writing is a great way to stay inspired and help you if you are suffering from a creative block.

Though we only used three examples, I know there are countless more that we missed. Between all genres and movies from any era, these plot devices are integral to interesting stories. If done well, there is no problem with utilizing an object to anchor and drive your story forward.

Are you planning on writing a project with MacGuffins? Do you have any favorite MacGuffins? Let us know in the comments below, and happy writing!