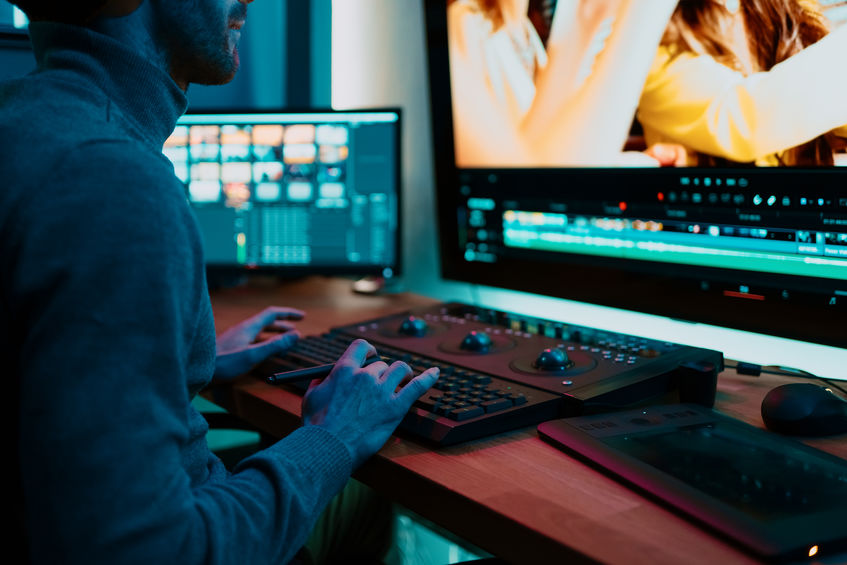 There are many types of video editing techniques video editors use to tell a compelling story. We’ve already covered most of those in this brief overview.

That was the short answer. Now let’s dive into this in more detail and look at some great examples of what continuity editing is – and isn’t!

In continuity editing, the editor tries to create a seamless and natural flow between cuts, so they seem invisible to the audience.

The cuts can be between two different camera angles of a person in the same location and time – but it can also take us from one point in time and space to another, without us even really noticing.

Here’s a good example on continuity editing from the crime drama Tsotsi (2005) edited by Megan Gill:

There are several ways continuity editing is achieved. However, the simple cut is by far the most dominant transition used between two frames.

The cut is sometimes softened with an audio J-cut or L-cut to smoothen the transition. Fades and crossfades are also used.

Other effective techniques used are matching action (and cutting on action) to make a seamless transition between two shots.

The most famous example of a match cut is probably this cut from Stanley Kubrick’s 2001: A Space Odyssey (1968). Talk about being transferred in time and space in a single cut:

It’s also important to follow the 180-degree rule and the 30-degree rule not to confuse the viewer – though, of course, there are exceptions to the rule.

Good continuity editing also traces the eyes of characters so that when a character is looking a something, it feels natural that it’s the next object we cut to.

The same goes for when two (or more) characters are talking to each other. In that case, we must understand that the characters are looking at each other by establishing a good eyeline, which again is helped by not breaking the 180-degree rule.

However, introducing flashy transitions always happen at the risk of removing the audience from the immersive experience of the movie.

Why does continuesly editing work?

As Lev Kuleshov and Alfred Hitchcock discovered, the human imagination is excellent at stitching together – or filling in the gaps – between two frames.

Perhaps no one understands this better than creators of comic books. Comic book authors are masters of telling stories with frames and seamlessly transport the reader between locations in time and space.

In Understanding Comics. The Invisible Art (link to Amazon), the author Scott McCloud describes how we are masters at observing details but perceiving the whole, also known as closure.

With closure, we can create meaning from a simple symbol – like a stick figure of a man or a woman, which tells us whether we are about to enter the ladies room or the men’s room.

Closure also makes us automatically fill in the “gap” between two panels in a comic book. That cap can be a small move in time and space or it can take us to another planet and another time – just like a cut in a movie between two frames.

I highly recommend Understanding Comics by McCloud for anyone interested in storytelling. It’s a great study on how to utilize still frames to tell a story – and what is a movie, if not a continuous sequence of still frames?

The visible cut – or non-continuity editing

Continuity editing is basically the opposite of when the filmmaker tries to draw attention to its medium.

Fx when a director chooses to break the fourth wall and make an actor address the audience directly, or when he/she chooses to use a fancy transition between two scenes that draw our attention.

In the opening monologue scene from Ferris Bueller’s Day Off (1986), you can see some great examples of both.

And this example from Gremlins 2: The New Batch (1990) is another great example of how the director and editor draw attention to the film medium and takes the audience by surprise.

In both of the examples above, our attention is drawn to the mechanics of the film medium because the director and editor intentionally wanted us to. I.e., the effects are used for comedic effects.

Continuity editing is the invisible art of cutting a movie not to notice the edits.

Continuity editing helps the audience remain immersed in the film’s fictional world by disbanding any disbelief that might otherwise arise from editing.

Do you know of any great examples of continuity editing? Let us know in the comment section below.