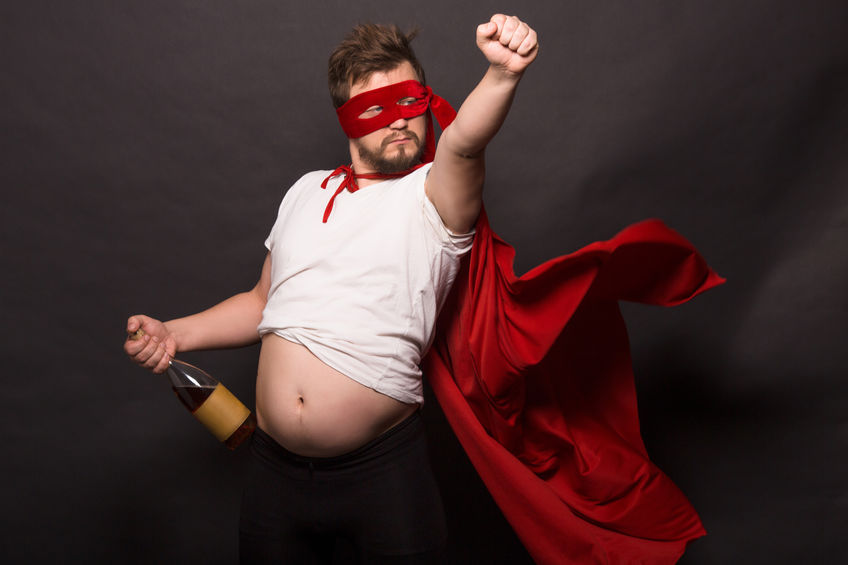 Everybody loves a good hero like Captain America or Superman. Each choice they make is unwaveringly brave and morally acceptable.

But, what about the heroes in movies without these admirable qualities? Are they the heroes or the villains of the story?

The answer is neither; they’re the anti-hero. But what exactly is the definition of an anti-hero?

In short, the anti-hero is a protagonist without conventional heroic attributes like unwavering courage or good morality. While the reason for their actions can be ultimately noble, they’re not always in it for the right reasons.

That’s the short overall definition of the anti-hero. But when you start to look more closely, you’ll find that there are, in fact, several different types of anti-heroes all with their particular meaning and definition.

Let’s break it down in more detail below.

Many classic film genres like westerns and gangster movies, tell stories of the anti-hero. For the hero to win, they will have to break a few rules and question a few morals.

The gangster movie is an excellent example of a type of film that often features anti-heroes.

The central characters overcome obstacles while being anything but courteous, kind, and reverent. They’re motivated by fame, power, and wealth, which occasionally lead to their downfall.

For example, Michael Corleone in The Godfather Part I and Part II has no choice but to take over the family business of crime, which makes every courageous decision he makes based on the immoral lifestyle of the gangster.

In Logan (2017), the titular character is a seasoned anti-hero, worn out from years of reluctantly saving the day to be forced into yet another rescue mission he worked so hard to avoid. He’s mean, he’s violent, and wants to be anything but the hero.

Anti-heroes are morally gray characters that we’re encouraged to root for.

Villain protagonists, however, are when the main character in a story is a morally reprehensible person all the way through. Or, to put it bluntly, a villain protagonist is just an asshole.

The typical heroes in film possess confidence, bravery, or the ability to fight.

The coward, a classic anti-hero, is the complete opposite of those qualities.

Instead, they’re fearful, anxious, and lack any fighting ability. So the anti-hero’s quest becomes overcoming these weaknesses to complete their journey.

The coward doesn’t necessarily have questionable morality; they’re just the opposite of the audience’s preconceived idea of heroism.

In Robert Zemeckis’ Who Framed Roger Rabbit (1988), we get two cowardly anti-heroes.

The first, Eddie Valiant, is haunted by his brother’s death, which in turn makes him refuse to get involved helping the toons.

The second is the toon in need of help, Roger Rabbit, who is too afraid to prove his innocence on his own because nobody takes him seriously.

The reluctant knight is probably the most common in film and television. This hero is one of the good guys. They have a sound understanding of right and wrong, but an unwilling desire to “stay out of it” if it doesn’t necessarily serve their main goals drives them.

They’re generally resistant to join the fight against the villain. This knight in sour armor does eventually join in, but only once they’ll personally lose if the outcome doesn’t end up in the hero’s favor.

Harrison Ford is one of Hollywood’s most popular reluctant knight actors with characters such as Indiana Jones, Rick Deckard from Blade Runner, and Han Solo.

The shady smuggler only joins the adventure for money but saves the day on multiple occasions in the process.

This pragmatic anti-hero is willing to challenge their morality to achieve the goal.

While other types are hesitant to step up to the plate, the realist is eager to save the day.

The big difference is how they go about winning, which might not always be the most admirable method.

Spoiler Alert. In this scene from Captain America: The Winter Soldier, the hard-nosed anti-hero Nick Fury is chosen by the film’s central villain to join him using Fury’s pragmatic view of justice and Earth’s protection against him.

The immoral anti-hero is a personal favorite. The good intentions and motives are still there, but there’s some gray area when it comes to their morality.

This anti-hero is typically cynical, haunted by past trauma with an unquenchable thirst for vengeance.

They will save the day, but the big bad boss and everyone else who stands in this anti-hero’s way had it coming.

In the action-packed sequel, John Wick: Chapter 2 (2017), the initial revenge for his dog story is far removed. Now, he’s just taking out everybody in his path. He doesn’t waste time with anecdotes; he speaks with bullets and dropkicks.

If it weren’t for the fact he’s justifiably killing other criminals and assassins, John Wick would be a villain protagonist.

Audience beware. This hero “in name only” claims to fight on the right side, but their motives and intentions are far from good.

Whether or not they lack morals are just pure evil, is only saved by the idea that “at least they’re not as bad as that other guy.”

One of the only things saving them from being the main villain of the story is that it’s told from their perspective.

Léon: The Professional (1994) introduces the seasoned titular assassin, who begrudgingly accepts to help the tragically orphaned Mathilda get revenge finally, but this one gesture doesn’t erase the fact he’s a vicious killer with no other redeemable heroic qualities.

Here’s a fun little exercise for you. See if you can label the different types of anti-heroes in WatchMojo.com’s Top 10 Anti-Heroes in Film below.

There are some great examples of what we’ve discussed in this article in between. See if you can spot them.

Next time you’re watching your favorite movie, see if you can tell if they’re your average hero or anti-hero.

Now that you have a good idea of the different types of anti-heroes in film, who is your favorite? Let us know in the comments.