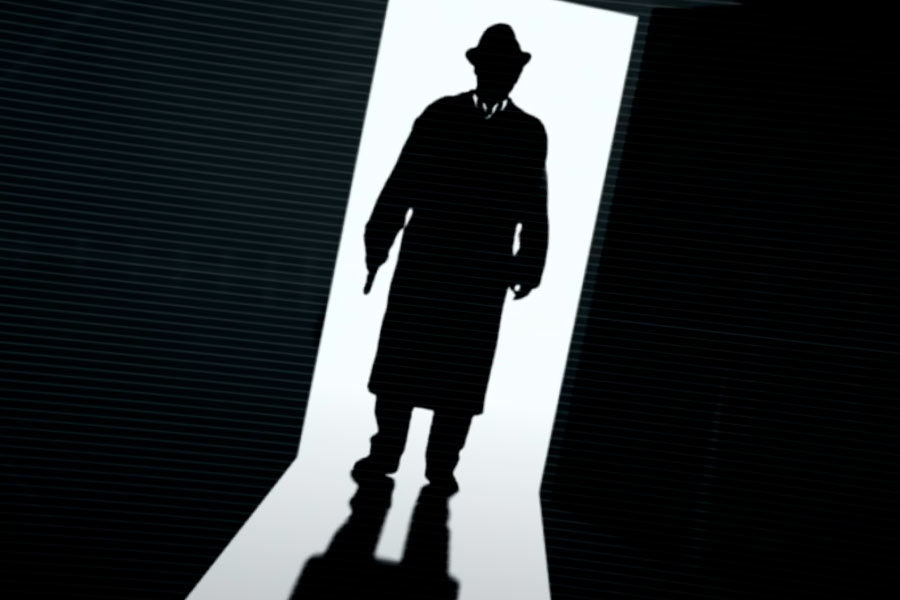 As a filmmaker, a lot of consideration has to be put into every shot. The framing and composition of your subject can dramatically change how your image is interpreted, and understanding different angles allows you to communicate emotion effectively.

There are many angles and shots, but one of the most distinct and dramatic is the Dutch angle. But what is a Dutch angle shot?

The definition of a Dutch angle is a shot where the camera is tilted on its horizontal axis. It is also known as the Dutch tilt, a canted angle, or an oblique angle.

Chances are you’ve seen this shot before, even if you haven’t realized it. Though it is by no means standard, the Dutch angle can have a profound impact on the viewer and is frequently used.

This article will describe the Dutch angle, give some famous examples of it being used, and provide some recommendations on when you might want to use it in your own work.

What Is The Dutch Angle?

As stated above, the Dutch angle is a shot with a horizontal tilt. It is about as old as filmmaking itself and was first used by German Expressionists in the 1920s. In fact, it’s presumed that the term ‘Dutch angle’ is actually just a mistranslation of Deutsch.

There is no set degree of tilt to be considered a Dutch angle, and both dramatic and minimal tilts have their respective places. That said, in tilting the horizon line even a little bit, viewers will almost surely notice.

The Dutch angle can cause a sense of disorientation and is quite unsettling (this is also why it is so important to make sure your camera is level for traditional shots).

The meaning and purpose of the Dutch Angle shot in movies

Because the Dutch angle is uncommon, it is used to catch viewers’ attention and convey a sense of importance to the frame’s contents.

As human beings, it is second nature for us to understand know our ups and downs. We also take for granted that the horizon will be level and our floors flat. The Dutch angle turns these notions on their head and makes it easy for us filmmakers to distort reality and communicate ideas that are only possible through a camera lens.

Famous Examples Of The Dutch Angle

There are countless examples of the Dutch angle over the past 100 years in film and TV. To communicate some of the things we’ve discussed, I’ve selected just three of these.

While these examples do help, the best way to grasp the impact of a Dutch angle is to watch it in context and note how it impacts you. Depending on the type of film, the story being told, characters, and set dressing, a Dutch angle can have many impacts.

Given the origin of the Dutch angle, it felt appropriate to start our list off with one of the most famous German expressionist films of all time.

If you’re not familiar with The Cabinet of Dr. Caligari, it is a psychological, silent horror film from 1920.

The sets in this film are dramatic, feature strong lines and shading. Buildings are built at intense angles giving the whole thing a nightmarish quality.

Dutch angles are then used throughout the film to amplify the disorientation and strangeness of this world.

It’s important to note how a canted angle interacts with the set. Because the tilt is very slight and the buildings are already standing at bizarre angles, the sense of disorientation isn’t overt.

When characters move around the set, we realize things are off and not quite as they seem.

Our next example of the Dutch angle is the trunk shot from Pulp Fiction. Combined with an extremely low angle and a two-shot, a very imposing feeling is created.

Given that the POV is from the trunk of a car, it makes sense for us to be slightly disoriented. A great strength of the Dutch angle is that it can immediately transport us from being an isolated audience to having a specific perspective.

While the angle in this shot is intense, it still manages not to be too overtly canted. This is because the background is minimal and the horizon implied. Our only references to up and down are the buildings in the background and the angle of the actors’ bodies.

If your goal is to have the angle go unnoticed (or at least not be very distracting), having more obscure, minimal, or blurred backgrounds can help.

The last example we’ll be looking at is from Christopher Nolan’s Inception. A famously disorienting movie (and an equally famous scene), it makes sense that Dutch angles were featured heavily throughout the film.

This scene is different from the prior two examples because the scene continuously rotates throughout the action sequence in the corridor.

The Dutch angle is stressed by the set design. Not only did the whole 100-feet corridor rotate, but the interior design with all the straight lines adds to the effect.

Having straight lines in a Dutch angle can exacerbate disorientation since it gives the viewer a point of reference to what ‘normal’ should be.

Finally, this angle places the character in a vulnerable position. By having Joseph Gordon Levitt tumbling around, it’s obvious that he is struggling for the first time and vulnerable.

So whereas Tarantino used a Dutch angle in Pulp Fiction to convey dominance, Nolan does the opposite.

A good director will be able to select the most appropriate angles for the scene, including how it matches the actors’ performances.

When To Use The Dutch Angle

Now that you understand the Dutch angle and its effects, we have to be careful about when we use it. While there’s a wide variety of applications, the impact of a canted angle can get muted if overused.

Additionally, the sense of disorientation created can be distracting and difficult for viewers to take. If there is a lot of motion or quick editing, the Dutch angle can start to get frustrating to watch. Whether or not this is the intent depends on the filmmaker.

For all your shots, it’s paramount you consider what’s in the frame, how the set looks, and how it will all be cut together. It’s also very important to establish consistency throughout your film without getting repetitive.

Neutral shots will almost always go unconsidered by viewers, while strong angles, extreme symmetry, and large tilts will be very apparent. If the desired intent of your Dutch angle is disorientation, dramatic impact, or discomfort, a little bit can go a long way.

At the end of the day, the shots you use and their appropriateness depends on the project, the filmmaker, and personal taste. Understanding the effect of a Dutch angle requires seeing it in action. Understanding the right time to use one takes practice.

Often, people will over-tilt their shot, especially if they’re filming on a small camera without an external monitor. I’ve also seen plenty of folks use a Dutch angle simply to fit an object into the frame, which I wouldn’t recommend.

With all these decisions, the best thing you can be is intentional. When you decide to film a certain shot or angle, do so confidently and with a reason.

Personally, I love dramatic angles, and it’s great to see filmmakers experiment. If this article inspired you, that’s great, and I hope it goes well. Let us know what kinds of shots you’re planning on using a Dutch angle on in the comments below, and good luck with your next shoot!