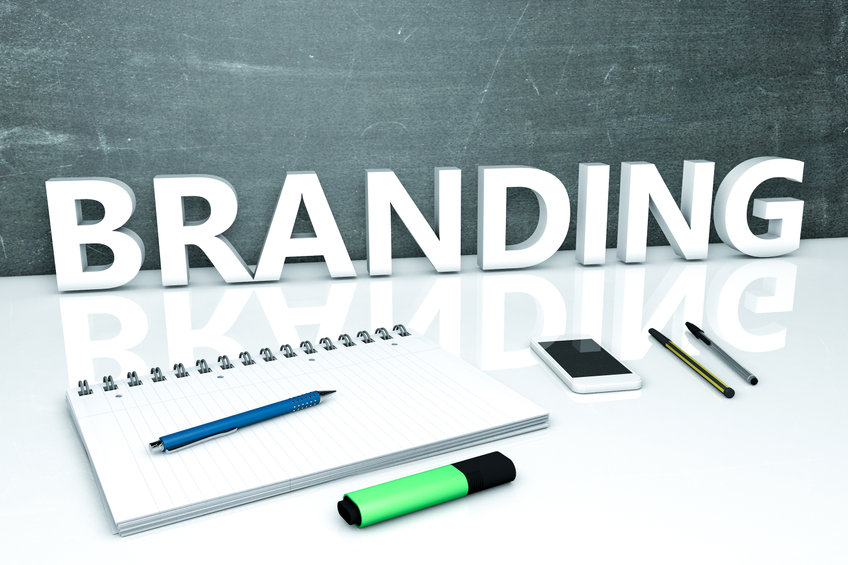 Choosing a good name for your production company is an important step in your overall branding and marketing strategy.

There are over 57,000 production companies around the world. So how in the hell are you supposed to come up with a name for yours?

Names are powerful. While some famous brand names can seem randomly selected, they are often chosen for a specific purpose. That purpose, even if subtle, ends up taking on greater importance.

Because name recognition is powerful, once a viewer or business partner has seen a name multiple times, they start to associate it with the quality of the work it produces.

So you want a name that will stand the test of time, and deliver a quality of work that lives up to the name!

To help you out with ideas, here are 12 ways to name your production company.

1. Use (a variation of) your own name

If you want to be known as a prolific producer, then naming your production company after you will let clients know you are the visionary behind their favorite productions.

While this method might work well for a well-known producer branching off and launching their own venture, it might not work as well for a no-name production company that wants to stand out.

The best way to use your own name in your production company is to use it sparingly.

For instance, LucasFilm is short and sweet and combines only Lucas’ last name with another qualifier; in this case, the word film.

2. Use your skillset or focus as inspiration

Let’s say you are a production company that focuses on commercial work exclusively. Or you are a narrative hound that only wants to work in storytelling.

Or even more granular, you want to focus only on historical docu-drama miniseries for prestige networks like AMC or HBO. Use this focus as your naming convention.

While obvious, Cartoon Network Studios tells you exactly what you’re going to get.

Illumination and Imagine Entertainment focus on the creativity behind what the companies do, and Screen Gems takes a very blunt approach to their mandate: we make successful films.

If all fails, you can always combine the first two points on this list, i.e. combine your name with your production company’s focus and intent.

3. Make it easy to remember

Try to come up with a name that’s easy to remember and easy to type in Google.

Here are three ideas you can try to make it catchy:

Try to think of some of your favorite brands. How many words are they? How many syllables? Do they rhyme? I think you’ll find that many live up to at least one of these three bullet points–especially the first two.

Let’s say you’ve come up with a name that’s some combination of your interests and your name and has created your ideal personal brand.

However, it feels too long for some reason. You can abbreviate it into an initialism that your production company will be known by.

The most famous example of this tactic is MGM Studios – which stands for Metro-Goldwyn-Mayer, a name that certainly doesn’t have the same ring to it as MGM.

While this can make your name easier to roll off the tongue, it doesn’t necessarily solve your first problem: it doesn’t tell clients, audiences, or future partners everything you want them to know about you and your interests right away.

That’s why, in your additional branding, you would include the full name in the subtitle.

5. Use former work as a reference

Whether your production company is commercial-focused or narrative-focused, you probably already have a rich history of work behind you.

You can use your old work as inspiration to name your new entity.

The two best examples of this are Steven Spielberg and Adam Sandler’s production companies.

Steven Spielberg’s Amblin Entertainment was named after Steven’s first commercial release back in 1968, a short indie film about a man and woman “amblin’” around the desert as they attempt to hitchhike. It’s a clever homage to his first film.

As for Adam Sandler, his production company Happy Maddison was named through the combination of two of Adam’s biggest starring roles: Happy Gilmore and Billy Madison.

6. Use your inspiration as a reference

Many commercial filmmakers and videographers started as film lovers. Use that love and admiration as inspiration for your name.

You could use a snippet of a quote from your favorite movie, or a reference to a fictional place or character. You could even borrow a phrase from the title of a favorite episode of TV, a subtle nod to your particular tastes.

Use something from your favorite films or stories as a reference point, even if it’s not something the average moviegoer would recognize.

Make sure that the quote in question isn’t trademarked though.

A way to use a quote you like is to paraphrase it and pay homage to the original, while still add your own creativity to it. It’s a grey area though, which you can read more about here.

7. Turn your creative aspiration into a name

Many production companies have aspirational names that point to the type of work they are trying to create. This could be a name that evokes the beauty of the medium, similar to the independent production company Magnolia Pictures.

Perhaps you want a name that’s more focused on the groundbreaking technical aspects of your industry, so a name similar to Millennium Pictures or Relativity Media would fit the bill.

Relativity is interesting because it’s both a scientific-sounding term and also a play-off of the “relative” perspective that film storytelling provides.

If you want to be seen as an iconoclast going against the mainstream, brainstorm words that evoke that type of imagery right away, like “rogue” or “maverick”, to incorporate into your name.

If you plan to create a worldly body of work with an international perspective, you could pick a word that’s important to you and translate it into another language.

You could even name your company after a future project you aspire to one day create.

8. Capture the magic of nostalgia with a location or item from your past

Many producers have named their production companies after cities or locations that are important to them.

You could also name your production company after an item from your past, like if you had a favorite toy growing up, or an old-timey artifact that is now outdated.

The best example of this is Francis Ford Copolla’s American Zoetrope – the Zoetrope was an important breakthrough that enabled the creation of film, so it makes sense to name a production company after the origins of the industry. Creative, and also aspirational.

9. Use an ironic understatement as inspiration

Many creatives like to be ironic with their naming convention. The best example of this is Anonymous Content and Working Title Films, both of which play off the idea of keeping a low profile or not being very creative.

In both instances, the companies have become well known for their strong brands with well-known and creative titles, and therefore, the irony has only intensified.

10. Use a grandiose, evocative metaphor as inspiration

Paramount Pictures is the best example here. Think of being “paramount” – it conjures grandeur, being of peak importance, and meant to imply the company is at the top of its industry.

You can grab a thesaurus and look up similarly evocative words to unconsciously imply your eager pursuit for excellence.

11. Use camera equipment as a naming convention

While it might not seem very creative, it will help potential clients and partners understand right away what you do. This is also a very industry-insider approach to naming your company.

For instance, you might name your production company something like the folks at Focus Features or Oscilloscope Laboratories who turned to technical industry terms for their inspiration.

You could also name your company after industry jargon, like C47, Barn-doors, Glass moves, or any other on-set terms. Just make sure you use generic gear and not specific brand names. While your favorite camera might be a Sony, I’m pretty sure naming your company Sony Pictures will get you in all kinds of trouble.

12. Use a name generator

If all else fails, you can always use this TV and Film Production business name generator:

With every suggestion, it will let you know which domains are available and provide a discount if you book it on GoDaddy.com.

Some of the names generated use puns that combine the word “Film” with other words like “romance” or “memory.”

Others suggest words with subtle nods to important concepts, like “film layer” which could subconsciously imply your business works on multiple levels. Other words like “span” imply a rich working history while “verge” implies work that’s on the cutting edge.

If you have the creative itch, it shouldn’t be hard to brainstorm ideas with a few of these starting points to jump off from. Go ahead and take it from here!

The best name is one that is original to you – so if you can use some combination of your passions, interests, inspiration, history, or even your own name, you should be able to come up with a great production company name.

One last word to the wise – make sure that your name is actually available and not in use by any other production company. With so many out there in the industry, you don’t want to confuse potential business partners or customers, and more importantly, you want to stand out in a crowded field.

Check that the URL domain, copyright, and fictitious name are available for your business before you go out and create your brand materials, or you may have to rebrand before you’re even actively getting business.

Once you have an established company name, you can use it as your personal brand.

So how did Drew Barrymore come up with the brand name Flower Films? Here are her own words from a Flare.com interview on the subject:

“When I first started that company, when I was 19 and going through copyright, trademark-y stuff, I wanted to call it Daisy Films, but funnily enough, Marlo Thomas had that. I’m happy I ended up going with Flower because that’s less alienating: that’s any flower you want. I definitely used to be a daisy, but now I aspire to be a more ornate rose. I don’t know if I am.”

That certainly speaks to the need to be creative in the naming process. If your first choice is taken, pivot into something that might actually be stronger in the long run. You never know where the journey will take you, after all.