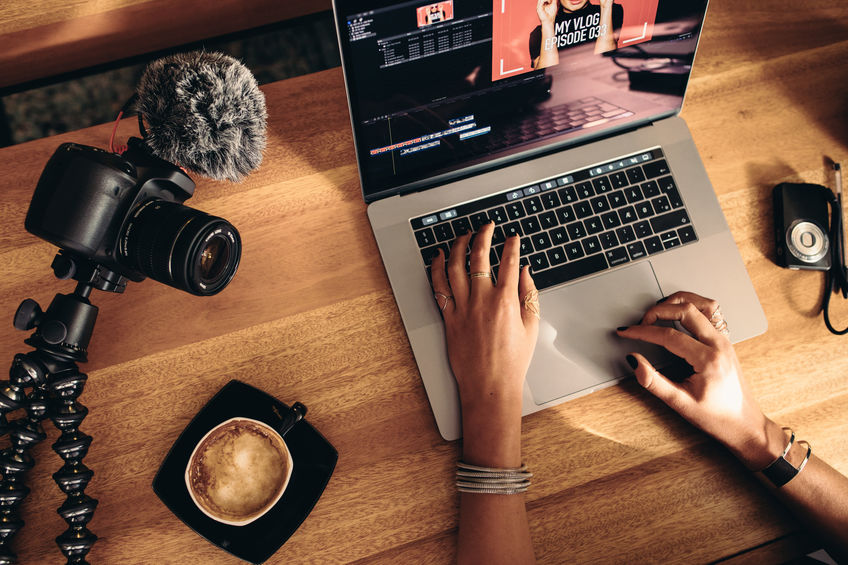 The content on YouTube features a wide variety of videos. From gaming to make-up to independent film channels, many creators found their voice through YouTube. Since the community is growing, the competition is higher than ever.

Consistent and quality videos tend to get more views and engagement. In this article, we show you three creative ways to improve your video production. Read on for some great video skills to incorporate into your work process.

1. Learn How to Compose Shots

Shot composition is one of the most basic things that filmmakers learn. Whether you’re a rookie or a pro filmmaker, the basics serve as a fundamental guide through the entire process.

Identify what you wish to portray in your camera shot. You can read our fun and comprehensive guide to camera shots and camera angles here.

What should viewers feel when they watch this shot? Identify the message or thematic message you want. Your goal serves as a guide for how to arrange your scene elements.

Read below for a more in-depth explanation for these shot composition rules in video production.

You may hear the term Rule of Thirds a lot when you first learn about video production. Rule of Thirds is the most common technique in-camera framing. It’s about positioning your characters in relation to other elements in a scene.

Imagine a grid with two vertical lines and two horizontal lines running across the screen. With Rule of Thirds, you keep your subjects in the intersecting lines. The grid size changes as the aspect ratio of the film changes (as shown below) but the concept is always the same.

Filmmakers sometimes break this rule in favor of balance and symmetry.

One of the most famous directors known for the use of symmetry in his frame composition is Stanley Kubrick.

Blocking is how directors position their actors in a shot. Character blocking depends on a director’s intended message. It can be a message, show of power dynamic, or for dramatic effect.

Filmmakers use leading lines to guide a viewer’s eye to key elements in a shot. Leading lines connect characters to crucial situations, objects, or secondary characters. This technique helps connect a viewer’s focus.

Eye-level framing is the most commonly used camera angel, and it should be in your arsenal. It’s an effective technique and can be applied in lots of different creative ways as shown in the video below.

However, extreme shallow depth-of-field are often found in commercials, product videos, and YouTube videos from vloggers.

Rack focus is a technique that filmmakers use by changing focus during a shot. Most filmmakers start with a large depth of field then move to a shallow focus. It helps draw attention to a centerpiece.

Finally, deep-space composition brings together depth of field and rack focus. In a deep space composition shot, filmmakers place elements in different depths. Characters and objects can be both near and far away from the camera.

Lighting has a strong impact on your video production. Proper lighting techniques can convey an atmosphere or emotion. Video production jobs often use a three-point lighting setup.

The key light is the most prominent light that registers in a shot and the fill lights help shape shadows. Finally, backlights serve as an edge light in a subject’s rear. Backlights often shoot down from a higher angle.

Positioning your key lights can help you achieve different emotions in a film. A higher key light helps you create vibrant and balanced lighting in a frame. This creates little shadows and evens lighting between objects in a frame.

You can also use gel or Chinese lanterns to reduce shadows. A diffused overhead light is a great technique to use when filming close-up conversations. Hard and smaller light sources help achieve dramatic effects.

Most filmmakers avoid hard film lighting, but it can be effective if used right. To achieve this kind of lighting, you can try using a kicker light with a soft fill. The backlight hits the side of a character’s face while a soft fill keeps their features illuminated.

When you use low key lighting, you minimize or eliminate the use of fill light. If you want a shot with intentional shadows, use this technique. Low key light can help filmmakers achieve suspicious, dramatic, or scary effects.

After getting all your shots, you need to compile them. Some content creators hire editors or have editors in their team. But knowing how to edit your films can be a valuable skill.

In the editing process, you can be in charge of special effects and other effects. Adobe Premiere Pro is a popular video editing software. Premiere Pro’s structure consists of a variety of workspaces with a video timeline at the bottom.

At the top of Premiere Pro’s window, you can find seven workspaces. Each workspace offers different configurations that make editing processes easier and more manageable. In the Assembly tab, you import and compile your shots.

Switching to the Editing workspace tab can make the flow of editing easier. It’s similar to the Assembly tab but rearranges windows for easier editing. You can focus on color grading in the Color tab and add special effects through in the Effects workspace.

Use These 3 Creative Ways to Level Up Your Video Production

Of course, if you got any comments or questions, let us know in the comments below.