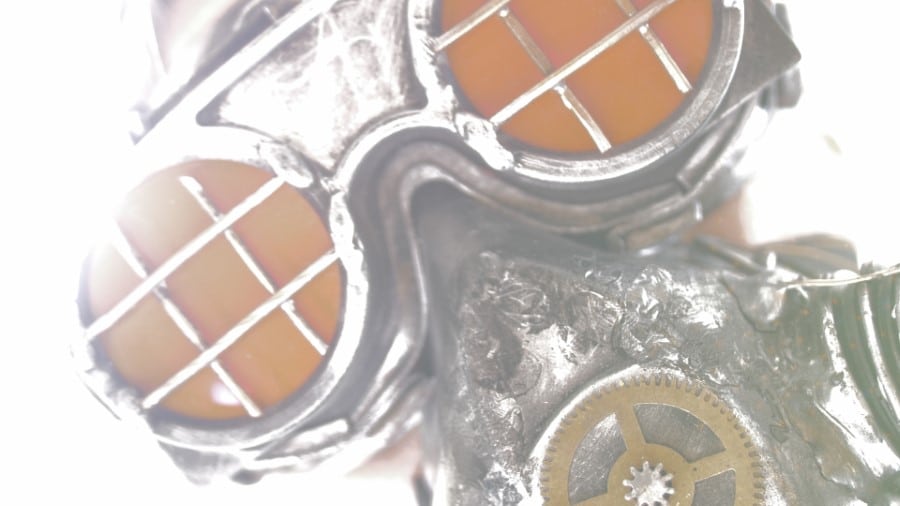 For one of the scenes of my first short film “The Journey”, I wanted to create a dreamlike science lab. And I decided to create the laboratory in our living room.

The reason for this was, first of all, that we didn’t really have the time to find a real lab.

So a real lab wouldn’t have made much sense at all.

Getting Props for my Lab

I’m a firm believer in using real props (instead of CGI) in order to sell an illusion.

My approach throughout this project has been to use a single or a couple of props for each scene to “ground” the effect in the real world. And then use visual effects in addition to this.

I believe this combination makes each scene much more believable.

This goes for low-budget amateurish attempts like my own, but I also think this goes for big-budget features.

For example, I still think the Imperial Star Destroyers in the original Star Wars trilogy look much better than the later CGI models in the prequels and sequels.

Anyway, I needed some props to create a lab.

My dad is a retired chef, and I knew he had an aluminum kitchen trolley, which would make for a clinical table. So I borrowed it for a night.

I also found a first aid kit, which had some gauze, a needle, and other stuff, which might come in handy.

I also bought a couple of Erlenmeyer Flasks and a testing tube for urine online for a couple of bucks.

For chemicals and fluids, I used some old colorful liquor we had laying around.

I also found a white bodyguard paint suit, some rubber gloves, and a protective mask because I couldn’t afford a real hazmat suit, for the scientist a.k.a. me (I expect an Oscar coming up soon!).

Creating the Room of Light

So what I did was, that I place my GH5 on a tripod with a wide aperture.

I then took one of my Aladdin Flexible LEDs and pointed it directly at the lens about two meters away. I didn’t use a softbox, because I wanted the light to be rather hard, plus the fact that you could see tiny flares from the LEDs made for a cool effect.

Between the camera and the light, I placed the aluminum kitchen trolley with all the “scientific” props I had found.

All there was left now was for me to wear the protective paint suit and mask and start playing the scientist.

In the end, I think using the light in this way, made for a very cool effect. And with a bit of echo and maybe lens distortion, I think it’s going to make for a cool dreamy flash-back sequence in the final film.

I’m currently working my ass off in post-production, polishing the effects and the edit, and I’ve also started to look at the sound design.

So the film is actually starting to come together now, which is such an amazing feeling.

I also have to look at color grading, but that’s probably going to be when the sound design is done. That way I’ll have a better sense of the atmosphere of each scene.

When the film is finished? I have no clue. I’m going to release it online, but I think I’ll also look into some sci-fi film festivals.

I know nothing about how to applying to film festivals nor which festivals there exist out there, so I’ll have to look into that. Maybe it’ll make for a nice future article here on the site.

If you got any tips on film festivals, please share. I’d love to get some tips.