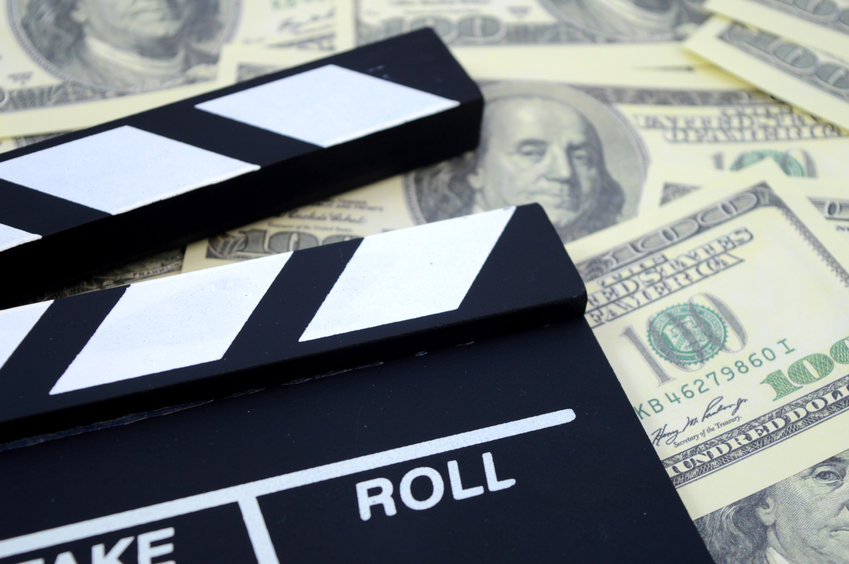 You know the term, but do you know the origins of what makes a movie a blockbuster?

A blockbuster is a big-budget Hollywood movie, typically released during the summer, that is produced to draw in a massive crowd with its spectacular special effects, star-studded cast, and high stakes scenarios.

Blockbusters are meant to be extremely popular and successful financially by design. When done right, they can even be critical darlings, too.

According to film historian Sheldon Hall, the word blockbuster first made its debut during World War 2 to describe a type of Allied bomb that could destroy an entire city block.1

It quickly became a widely-used metaphor to describe a shocking event.

In 1953, Time magazine was early to adopt the term to describe the film Mission to Moscow as “explosive as a blockbuster.”2

Throughout the following years, many magazines started using the term “box office blockbusters” to refer to financially successful films.

Variety magazine even called 1953 “a year of box-office blockbusters” because so many movies made over a million dollars.

What movies created the idea of the summer blockbusters?

It wasn’t until the 1975 release of Steven Spielberg’s summer thriller Jaws that the concept of blockbuster became their own genre of “event movies” featuring special effects and big-budget excitement.

Jaws was unique because studios at the time avoided releasing their biggest movies during the summer since most Americans preferred to enjoy the outdoors.

But Jaws was specifically released during the summer to scare beach-goers — it just so happened to be such a “blockbuster” success that it inspired countless copycats.

The summer movie season has since become synonymous with studio releases of big-budget blockbuster action franchises. And so has the time around Christmas.

By the time George Lucas released Star Wars in December 1977, the blockbuster movie had become solidified as its own genre of movie that executives tried to reverse engineer for financial success.

These films are also often referred to as “tent poles” that hold up the studio with their massive success.

Blockbuster movies don’t have to be financial successes.

This definition of a Blockbuster as a genre also refers to any movie intended to be a blockbuster hit — even if it doesn’t count as a box office success.

Even though financial success was the original requirement for the blockbuster definition, many blockbuster movies end up tanking at the box office.

Commentators have pointed out blockbuster applies more to the expectations behind a movie over anything else.

Those expectations are mostly of the monetary kind – after all, if you invest a lot of money into a film, you’d want your money back, and then some.

But because Hollywood and the mainstream movie industry, in general, try to reduce the financial risks, it influences the creative choices as well leading to similar story structures and plots.

How much does it cost to produce a Hollywood blockbuster movie?

The blog Stephenfollows3 put together a great breakdown of the cost of blockbuster movies produced between 2005 and 2015.

What makes up a film’s budget?

These numbers are massive — so where does it all go?

All these costs add up, and they are the reason some blockbuster films that made more income than their production budget in gross ticket sales can be considered “flops.”

There are two reasons for this: one is due to all the hidden expenses behind a film’s total costs and the other is because of so-called Hollywood accounting.

Hollywood accounting is the practice of using creative or murky accounting methods to inflate expenses and reduce the amount paid in royalties, taxes, and contractual profiting-sharing back-end agreements.

A little more about back-end deals in the streaming era.

An interesting thing to note on back-end deals — oftentimes, you will see eye-popping compensation deals to A-list actors to star in sequels for breakout blockbuster hits.

Jim Carrey’s $20 million paycheck for The Cable Guy set a standard for A-list talent back in 1996, that many actors including Brad Pitt, Sandra Bullock, and Chris Hemsworth still earn today.

With the rise of streaming services, streamers now over-deliver upfront compensation because salaries based on box-office performance are not applicable to streaming.

For instance, Amazon Studios recently paid $30 million to Dwayne Johnson for his latest adventure film. Netflix paid the same to Leonardo DiCaprio and Mark Wahlberg to star in their own movies for the streamer.

Many deals still include back-end pay, as Warner Brothers paid $40 million to account for lost box office revenue to both Denzel Washington and Will Smith for movies they released day and date in theaters and on their HBO Max streaming services.

In the most extreme example, to account for lost back-end, Netflix paid Daniel Craig over $100 million to appear in two sequels to the murder mystery thriller Knives Out — making him the highest-paid actor in the world.

As name talent gets paid higher up-front payments, these back-end tricks may become less relevant, especially as studios save distribution costs by offering films in theaters for shorter periods of time.

What is the highest budget movie ever?

Currently, Avengers: Endgame is the blockbuster movie with the highest budget ever made with an estimated budget between $356-$400 million.

Lucky for Disney, they were able to easily recoup that budget as the film grossed over $2.7 billion worldwide and made over $858 million in the U.S. alone.

Right behind Endgame, the most expensive movie ever made is Pirates of the Caribbean: On Stranger Tides with a budget of $378 million.

If you think that sounds high, imagine making four blockbusters at once — that’s essentially what James Cameron is doing with Avatar 2, 3, and 4, which have a combined budget of nearly $1 billion dollars.4

Arguably, Cameron can justify such a high budget as the original Avatar made $2.8 billion — nearly 3x the budget of his next three sequels.5

In actuality, each sequel has its own individual budget of around $250 million — not nearly as eye-popping.

How does a blockbuster movie make money?

While $2.8 billion sounds like a lot of revenue, how much of that is actual profit for the studio?

As it turns out, movie profitability is determined by many different sources.

When we calculate how much a blockbuster movie made, we typically refer to how much it is made at the box office.

How else can a movie make money?

After the theatrical window, films traditionally become available for pay per view on airlines and at hotels, sold as home entertainment like DVDs or blu-ray, offered as video on demand, and finally sold to premium cable stations, TV networks, or streaming services for syndication.

Since the pandemic disrupted the traditional movie-going experience, the old school theatrical window has turned upside down.

Now, some movies are available for VOD the same day they are released to theaters — either at a premium rate like Disney+ offers or for free with a subscription, like HBO Max.

Even if the day and date release model goes away, most films will likely have shorter theatrical windows from now on, which will likely change their profit models.

How much money do Hollywood blockbuster movies make?

Stephenfollows found that the average profit for the average Hollywood blockbuster across all income sources listed above is around $400 million.

Stephenfollows also found a strong correlation between blockbuster movies with higher budgets that ended up generating higher profits. This brings us back to some familiar titles:

The top three grossing movies of all time are:

Star Wars Force Awakens made $2.2 billion and is officially the film with the highest-grossing domestic box office at $936 million.

Adjusted for inflation, the war movie Gone With the Wind is the highest-grossing film of all time at about $3.5 billion in today’s dollars.

Believe it or not, the third highest-grossing blockbuster of all time was not thought of like a slam dunk.

In fact, after Titanic’s opening weekend only returned $28 million, the industry wrote the film off as an expensive flop with a $190 million price tag.

But the film went on to defy expectations and topped the box office for 15 weeks in a row, earning $1.8 billion around the world and $600 million in the US alone.

A couple of other films you might be surprised to hear were surprises:

And we can’t forget Rocky, which made $117 million on a budget of $1 million — and went on to launch a $1.5 billion dollar franchise.

What were the biggest box-office bombs?

Even with all the creative accounting, movies are still a risky bet. Oftentimes, when a blockbuster movie flops hard enough, it has the potential to wipe out an entire movie genre.

For instance, when the 1963 film Cleopatra failed to make back its $44 million production and marketing budget, it almost sunk 20th Century Fox and wiped out the big-budget “epic” blockbuster genre of hits like Lawrence of Arabia and Ben-Hur.

Battlefield Earth, the $70-$100 million epic sci-fi film helmed by John Travolta was received so badly it turned Hollywood off to sci-fi epics for some time.

Big-budget sci-fi blockbusters are actually a common genre to strike out — 10 out of the top 21 blockbuster flops were sci-fi films, with Disney’s John Carter of Mars clocking in at the top of the list.

With a budget of $463 million and a gross of $284 million worldwide, the film barely made back its production budget.

Disney is also responsible for the second-largest blockbuster flop — The Lone Ranger. With a budget between $225-$250 million, the film only made $260 million.

The Lone Ranger is also famous for putting the final nail in the western genre coffin, though resurgences have come up now and then.

The top 3 biggest money-losing movies of all time are:

A few other notable flops include:

Fun fact: Cutthroat island is considered the biggest flop of all time according to the Guinness Book of World Records.

What percentage of movies are profitable?

Stephenfollows ran another dataset of 279 total movies and found that 51% of all movies made a profit while 49% ended up at a loss. Of the 29 blockbuster movies Stephen profiled, only 14 generated a profit, while 15 lost money.6

This 50/50 return is what studios have come to expect. However, not all titles are created equal.

Of those films profiled, 75% of the movies with budgets above $200 million and above generated a profit, while just under 70% of those in the $100 million range lost money.

In general, the higher the budget, the better the return. Out of $31 billion spent and $1.5 billion made in profit, 6% of the top-grossing movies made 49% of all the profit.

When you hear the term ‘blockbuster movie’ you’ve come to expect a big financial hit that makes a big splash and strikes a chord with the mainstream masses.

But the term itself does not guarantee or imply success. Lots of blockbuster movies are misses and don’t live up to expectations – either financially or creatively.

Luckily for us, though, a lot of them do, and we get to escape reality and enjoy another few hours of great entertainment in front of the big screen.