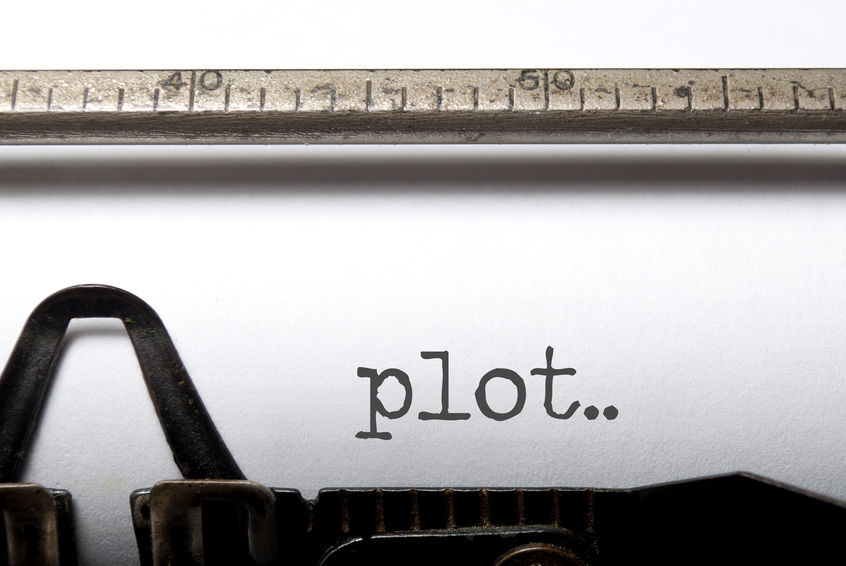 As someone creating films or studying film theory, you know how important the plot of a story is to the overall narrative of a film, television show, or screenplay. But what is the definition of the plot in a movie?

In short, the plot is what happens in a film, i.e. the narrative sequence of events that determine the outcome of the characters. Thus, movie plots are the events that happen, in sequence, in order to show a cause and effect.

“So there’s this character, and he starts at point A and because of B ends up at point C, but since he decided to do D he winds up at E and then is forced to do F, but ultimately, his decision leads him to G.”

The plot is the driving force of the story, and the best plots are driven by characters making tough decisions to achieve a goal, overcoming obstacles all the while to get there.

We’ll review briefly the meaning of the plot in a movie, why plot is important, how story structure creates and shapes the plot, and how to best think about plot when creating your own stories.

Contents show
Why do stories need plots?
What makes a great plot?
Do all stories need plot?
How story structure creates and shapes a plot.
How should you think about plot when creating your own stories?
Parting tip – consequences are always better than coincidence.

Why do stories need plots?

Stories help us structure and understand the world around us, and it’s through following a chain of events (i.e. plot) and how events affect change in characters that we learn about others and ourselves.

Plots also help the audience of a story to understand themes and characters. By following a plot and watching cause and effect in action, we can piece together complex ideas or concepts.

Seeing a person act a certain way and watching how those actions affect others teaches us certain things about character; observing events and their aftermath can also teach us specific themes, like the power of love, the evil of greed, or the silliness of miscommunication.

Plots also need to make some type of logical sense in order to feel connected.

A series of scenes only follows a narrative plot if they are connected in some way, and because the storytelling of movies is so focused on what comes next, it is vital that on-screen actions cause reactions or there would be no way to track change over time (i.e. story).

What makes a great plot?

The best movies are those that have “great” plots, but what makes a great plot? Great plots feel great to us usually for two reasons: each plot point logically leads to the next, while also surprising and delighting the viewer along the way.

Great plots feature characters making choices, and show the effects of those choices, creating chain reactions that raise the stakes every time new decisions are made.

Great plots also feature plants and payoffs, where plot points that seem unimportant early on come back towards the end with great importance.

The most important thing a plot must do is feel meaningful; in order for a plot to feel satisfying, it must ultimately arrive at some type of point, be it a thematic happening, character growth moment, emotional catharsis, or relieving of tension.

Great plots don’t need to have happy endings, but they do need to feel wrapped up in order to be satisfactory.

Do all stories need plot?

Technically yes; all stories need plots in order to be considered stories.

However, many stories that seem like they don’t have plots, where nothing happens or no one seems to change, still usually follow a narrative chain of events in one way or another. It could just be the plots themselves are at worst thin, or at best focused on smaller details with much less at stake.

What we traditionally think of as plot tends to bleed over into how we define story structure.

How story structure creates and shapes a plot.

Story structure is best defined as the skeletal backbone of a plot that shapes the story.

Instead of a random string of events affecting a random string of characters endlessly for two hours, story structure guides certain plot points to happen at certain moments in a story, shaping the story into some type of narrative arc.

There are different framing techniques for defining the story structure of your story.

Beyond how many “acts” your story has, you can use structure to further define a story’s ebbs and flows with all kinds of structural framing techniques. In screenwriting, some of the most famous ones include:

I’ve covered how to make use of all of these in the article How To Write A Screenplay That Works.

…And plenty more than that out there as well. There are methods that follow less-traditional linear storytelling, like those that tell the story out of order, or tell it backward or tell it from multiple perspectives to reveal new information each time (the Rashomon method).

Each structural framing method is useful for helping writers frame their plots, and as you can see from the above, they vary in their level of detail.

To a newer writer, it might be helpful to follow something like the Save the Cat beat sheet to hyper-specify what page number each plot point should happen at.

To more experienced writers, something like the sequence or story circle methods can be helpful as guiding principles to keep their stories flowing in a positive direction.

And of course, breaking free from traditional narrative story structure methods can be very appealing to veteran writers who know how to wield audience expectations against them and weave a thoroughly enjoyable story that surprises and amazes without getting too convoluted.

Before you can break the rules, though, you have to know what they are. Even better if you know them by heart!

How should you think about plot when creating your own stories?

Story structure methods aside, when creating the plot of your stories, it’s important to think of plot as actions and reactions. Put another way, remove the concept of “and then” from your writing and instead focus on “because.”

Essentially what all of this is referring to is writing in terms of decisions, actions and consequences.

Almost every story begins with an inciting action of some kind that draws the main character out of their normal world. This inciting incident drives them to make a decision in pursuit of a goal, be it an internal goal or an external goal. That decision results in an action, and that action results in a consequence.

If you map out the plot of your story with decisions, actions, and consequences in mind, your storytelling will work on some level no matter what the details may be. That’s because everything that happens does this because of a specific reason, justifying it as valid in the eyes of the viewer.

Example: Your main character is an air traffic controller slumping through another normal day at work when a terrorist group decides to hijack the air traffic tower (inciting incident).

Tasked with a decision to give in to the terrorist’s demands, or try to fight back and save two planes full of people from ramming into each other, the hero decides to push one of the terrorists out the control tower window – an action – which leads to the other terrorists throwing our hero out the window after their fallen comrade – a consequence!

Now the hero is left dangling from a ledge and must try to find a way to scale back up the tower without falling to their death – oh, and somehow disarm three more armed terrorists before the planes in question get close enough to run into each other. Now that’s a plot!

The element of surprise is an important tool in every writer’s toolbox, but consequences are always more satisfying than coincidences.

A good rule of thumb for any strong plot is to never include more than one coincidence of importance in your story if you can avoid it.

Instead, focus your creativity on how choices your characters make cause consequences for them that you can plant early and pay off later down the line.

If you do this throughout your story, you’ll create a satisfying and surprising plot for your viewers that keeps them guessing while connecting dots along the way.

4 thoughts on “What Is Plot In A Movie? Explained With Definitions & Examples”