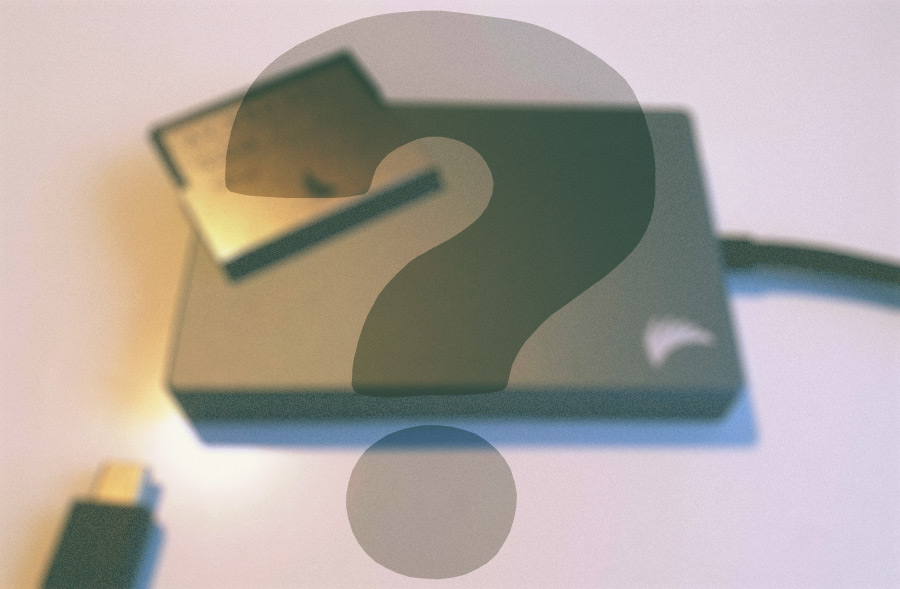 CFast cards offer faster transfer speeds compared to SD cards. However, the speed of the transfer depends on your card reader and PC. The latest CFast 2.0 card readers support the SATA-3 interface and offer continuous transfer speeds up to 600MB/sec.

So, what’s the best CFast card reader? Here are the five top recommendations.

The Angelbird CFast 2.0 card reader is the top-of-the-line option for those who want a dedicated CFast reader. It features a USB 3.2 Gen 2 Type-C cable and supports Thunderbolt 3, helping you achieve the fastest transfer speeds.

Angelbird is one of the most trusted brands by ARRI, RED, Blackmagic Design, and Canon, which sell Angelbird cards with their own brand name on. Anglebird also they test their cards with hundreds of different cameras.

I use this reader with Angelbird CF Cards to unload 6K footage from the RED Komodo, and it’s lightning-fast!

This is a reliable card reader with several useful features, including an energy-efficient design. The heat-dissipating housing keeps the device running cooler, reducing the risk of damage to CFast cards. The flat design also allows you to stack Angelbird card readers.

Other highlights include no-slip rubber pads and a write-protect switch, which are not commonly found on other card readers. You also get a long 19.7-inch USB type-C 3.2 cable and a type-A-to-C adapter.

The Lexar Professional Workflow CR1 is a CFast 2.0 card reader with USB 3.0 connectivity. It is an affordable choice from a dependable brand in the flash memory card industry.

Unlike the Angelbird card reader, the Lexar Workflow CR1 supports multiple types of memory cards. Along with CFast 2.0, the device supports SD, microSD, and CompactFlash cards.

While the device uses USB 3.0 technology, it also supports Thunderbolt 2 when connecting CFast, CompactFlash, and standard SD cards. It may not transfer as quickly compared to the Angelbird reader, but it is more reliable compared to budget readers.

As a bonus, the CR1 fits the Lexar Workflow HR1 and HR2 hubs. You can stack multiple readers in a convenient hub.

Connectivity is provided by a USB 3.0 cable, with transfer speeds up to 500MB/s. However, the card reader does not support Thunderbolt. It is a step down compared to the Lexar card reader but allows simultaneous transfers from multiple memory cards.

Unitek is another popular brand that makes budget peripheral devices and electronics, including this CFast 2.0 card reader. It is a dedicated CFast card reader that uses USB 3.0 and Thunderbolt 3 connectivity.

The design is compact and features aluminum housing. The main drawback is that it may heat up when transferring files continuously. You may need to occasionally take breaks from your workflow.

The Rocketek card reader is one of the most affordable CFast 2.0 card readers that you can trust with your expensive CFast cards. Rocketek makes a wide range of adapters, memory card readers, and docking stations. The company has a history of releasing quality products at decent prices.

What makes this card reader stand out is the built-in SATA III SSD reader. One side of the device has a slot for CFast cards while the other side fits SATA drives.

How to Choose the Right CFast Card Reader

If you want the fastest transfer speeds, look for CFast card readers that support CFast 2.0. As with microSD cards, the technology used for CFast cards has improved over the years.

CFast 2.0 was introduced in 2009 and commercially available in 2013. The newer cards used SATA 3.0 interfaces instead of SATA 2.0, increasing the read/write transfer speeds.

CFast 2.0 card readers are theoretically capable of achieving transfer speeds up to 600MB/s. They are also backward compatible, allowing them to read CFast 1.0/1.1 cards.

The next consideration is USB connectivity. Many of the latest card readers have USB 3.0 connections while some only include USB 2.0.

USB 3.0 is capable of transfer speeds up to 5GB/s, which is more than enough bandwidth to support the max transfer speeds of the latest CFast cards. USB 2.0 is limited to 480MB/s and typically performs slower.

While USB 3.0 connectivity offers enough bandwidth, using a Thunderbolt 3 port provides even greater performance. It theoretically allows speeds up to 40GB/s, which ensures that you can reach the peak transfer speeds for CFast 2.0 cards, especially when transferring high-resolution images or 4K video.

The CFast card readers listed above provide the fastest transfer speeds and superior reliability. As a final suggestion, make sure that your PC or laptop can support the card reader that you choose. You cannot take advantage of Thunderbolt 3 without a Thunderbolt 3 port.

With these details in mind, you should have no problem finding the right CFast card reader.