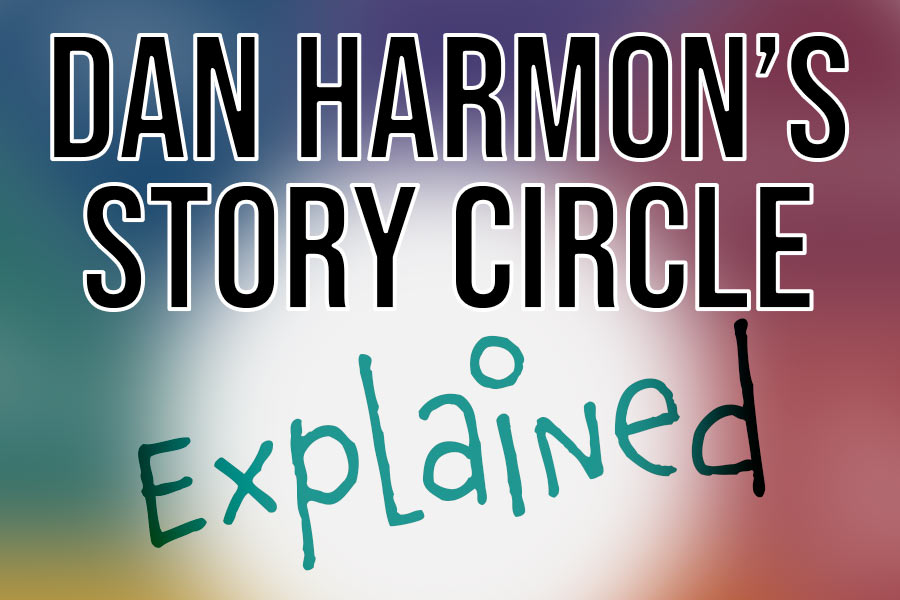 One of the most important things to understand when writing a screenplay is story structure. Formulating a beginning, middle, and end into a compelling script is essential to keeping you on track as you write and keeping readers interested.

Because of this, many different methods for organizing screenplays and stories are used. From Joseph Campbell’s Hero’s Journey to the Blake Snyder Beat Sheet to Robert McKee’s Story Triangle, there are many ways to deconstruct, organize, and make sense of a script.

The Dan Harmon Story Circle is a modern, concise method if you are looking for a new guide to organizing your narrative. It is direct, streamlined, and does a great job of illuminating any shortcomings or missing beats in your story.

What Is The Dan Harmon Story Circle?

The Dan Harmon Story Circle is a method for organizing a script created by Dan Harmon (Community and Rick and Morty). It consists of eight beats that serve as signposts for your story while bringing the protagonist’s journey full circle.

The Story Circle is extremely streamlined and is a great way to get started on an idea. Given Dan Harmon’s career of success in TV, it isn’t surprising that the Story Circle easily applies to episodic content.

If you’re aware of Joseph Campbell’s Hero’s Journey, the Story Circle format will appear very familiar. If not, that’s okay too. The eight beats of Dan Harmon’s Story Circle are as follows;

1) A Character is in a Comfort Zone

2) But They Need or Desire Something

3) They Enter an Unfamiliar Situation

5) Get What They Wanted

6) Pay a Heavy Price For It

7) Then Return to Their Familiar Situation

Using the Story Circle helps ensure you answer important questions about your script. You will have a character, their natural state, and a driving need. The unfamiliar situation is a source of conflict, and the adaptation is the protagonist fighting to overcome it.

The fifth beat is often a midpoint and false victory before realizing that they still have to deal with the consequences of their actions. At the end of the script, our protagonist returns to their familiar situation, often victorious, having learned a life lesson, or both.

Why Use The Story Circle

Like the Hero’s Journey or a beat sheet, the Story Circle is a great way to lay out a story before you start writing the script. It assists with pacing and develops a compelling arc.

Almost all scripts fit into this format. Even if you’re telling a more abstract story, there is generally a beginning, middle, and end, and it is important to have emotional variation. A false victory or defeat in the midpoint and a transition between comfort and conflict are extremely effective ways to captivate an audience.

The Story Circle is by no means a complete outline, though. After completing the story circle, there will still be a lot of questions to answer. Instead, think of the Story Circle as a framework to build the script around.

Things To Look Out For

As stated above, don’t assume that the eight beats of the Story Circle are all you need to finish a script. After writing all these out, completing an outline and treatment for your story will be beneficial.

It is also important to understand that you don’t need to force yourself to match each beat of the Story Circle perfectly. Your character doesn’t necessarily have to be comfortable at the beginning of your script, fully adapt to an uncomfortable situation, or get what they want at the midpoint.

Instead, think of these as suggestions. It’s important to have act breaks and transitional moments, which Dan Harmon’s Story Circle provides.

How your story is formatted, transitions between scenes and your protagonist’s behavior will always be up to you. Whenever using a framework to outline a script, always ask what’s best for the story.

To clarify the Dan Harmon Story Circle more, I will briefly go over the eight beats applied to The Matrix (1999). Some movies and TV will fit into this framework better than others. However, in almost any instance, parallels can be drawn.

1) A Character is in a Zone of Comfort; Neo lives in a reality he understands, though it is unknowingly false.

2) But They Want Something; After learning of the world’s true nature, Neo seeks understanding at his own risk.

3) They Enter an Unfamiliar Situation; Neo meets Morpheus, wakes up in his body, and is taken to the hovercraft.

4) Adapt to It; As Neo spars with Morpheus, meets the crew, and learns about the agents trying to catch them, he begins to find his footing in the world.

5) Get What They Wanted; Neo has to save Morpheus. He heads into the Matrix, storms the agents’ hideout, and rescues Morpheus. He realizes his power, but it might be too late…

6) Pay a Heavy Price For It; Cypher betrays neo. After rescuing Morpheus, the crew members are injured and killed, and Neo is stuck in the Matrix with no backup. He’s left to fight Agent Smith alone.

7) Then Return to Their Familiar Situation; However, Neo is resurrected in the Matrix with newfound powers when things seem to be at their worst. He stops Agent Smith’s bullets and blows up the bad guys.

8) Having Changed, Neo reunites with the crew after the climax, knowing he is ‘The One.’ Not only is he alive and in a position of relative comfort, but he is also poised to be humanity’s savior.

This example clearly shows that the format doesn’t perfectly fit every film. Technically, Neo never returns to his familiar situation because that reality has shifted over the course of the film.

Still, transitioning from comfort to chaos, back to a degree of normalcy, is a great way to ensure that your script has a clear ending and comes full circle. It’s also essential that your character has experienced some arc and changed by the end of the script.

Dan Harmon’s Story Circle is a potent tool when starting a script. The format can be applied to almost any content, whether for a feature film, a short, or a TV episode.

It also closely mirrors plenty of other outline templates, for good reason. The Story Circle establishes a beginning, middle, and end and gives your protagonist a compelling arc.

It’s important never to get too caught up in forcing a story into a template. Writing is not a formula; you must maintain your voice and creativity as you structure your script.

Let these templates inspire and prompt you to think more about your story. If you’re not hitting one of the steps, ask yourself why. Is it because you forgot or have a strong reason not to? The more intentional you can be with your decision-making, the better.

Have you ever used the Dan Harmon Story Circle template? What about the Hero’s Journey? Let us know in the comments below what outlining methods you like, and good luck with your next script!