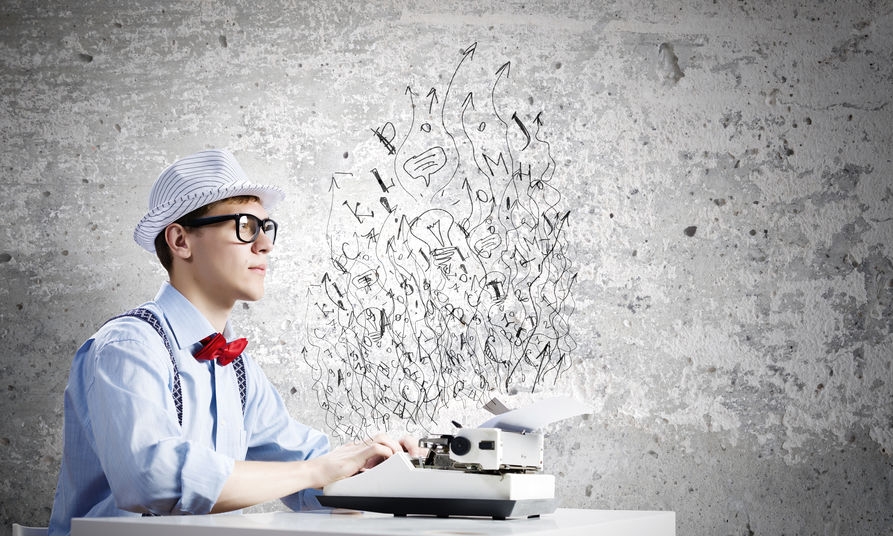 Any filmmaker, writer, or producer looking to sell an idea or get people interested in their work will need to be comfortable writing a film treatment and pitching your ideas.

But what exactly is a film treatment?

What is a film treatment?

A film treatment is a document that outlines the film’s story before the script is written. Treatments are usually written in present tense prose. Treatments also include the film title, a logline, a story summary, character descriptions, and a bit of dialogue and action.

Film treatments are very effective ways to describe your project, start garnering excitement, and even help you organize your own thoughts before jumping into your project.

As such, treatments are a form of pre-writing before you jump into writing the actual screenplay itself.

Though formats and presentation may vary depending on personal tastes, there are some universal consistencies.

Why do I need a film treatment?

There are three central reasons why you need a treatment:

What’s included in a film treatment?

To write a film treatment, you will need to include:

If you are unsure of what some of these look like, do not worry. If you have all these figured out but are worried about formatting it, I will also provide an example at the end of the article.

How long should a film treatment be?

The length of a film treatment varies dramatically depending on your project, who you are communicating with, and how far along you are in the process.

This article will be looking at a three-page treatment for a movie titled “Uncorked” that I wrote on spec.

If you are working on a television series, your summary and list of characters may be longer.

Still, when pitching to anyone, brevity is always important and it is a good idea to keep things as simple and concise as possible.

Remember, a treatment is most often used to pitch an idea. After people are onboard you can start to unpack the finer details.

The first thing you should know when writing a treatment is the logline and this should be the first thing a reader sees after the title. If you’re unfamiliar with this term, do not worry.

A logline is essentially one to two sentences that summarize your movie.

You can think of a logline like a formula consisting of four elements:

Loglines aren’t necessarily written in this order, but the four elements are essential.

Star Wars: Episode IV – A New Hope: When an optimistic farm boy [protagonist] discovers that he has powers [inciding incident], he teams up with other rebel fighters [action] to liberate the galaxy from the sinister forces of the Empire [conflict].

Finding Nemo: When his son is swept out to sea [inciding incident], an anxious clownfish [protagonist] embarks on a perilous journey [action] across a treacherous ocean to bring him back [conflict].

The difficulty with writing a good logline is communicating the tone of the story and giving a clear view of what the project is in such a brief space.

Often it can help to think of it as something you’d hear in a movie trailer.

For “Uncorked,” the logline reads as follows:

The American dream becomes the American nightmare when a hard-boiled FBI agent infiltrates a suburb’s inner circle of wine moms to solve her most recent case.

From this logline, we can understand this film to be a murder mystery. Even more so, we can assume it will most likely be a dark comedy.

Though we didn’t list the protagonist’s name (which you should seldom do!), we know something about her and the story that will ensue.

Once we have the logline figured out, we can write an overview of the story. So what is an overview?

The overview should describe the main conflict, but it is not a summary of the entire story.

In the overview, you can begin to tease the main conflicts. How did your character get into this situation? What happens when it begins? What does the finale look like?

It often helps to think about this in terms of acts and briefly describe those.

In the first act, we can introduce our main characters and their personalities.

In the second act, we get to see the fun and interesting ways the story plays out.

And in the third act, we get to describe what the climax of the film will look like.

Clearly, this is a simplification, but you shouldn’t describe much more than that.

If you’re writing for a television series, you can use this to describe the arc of your first season quickly.

At this point though we are still not looking at specific scenes.

Instead, we’re only describing essential story beats to elaborate on our logline and get a scope for the project’s tone and structure.

When a second murder in as many months takes a suburb by surprise, the FBI is brought in to investigate. Intending to teach hotshot homicide detective and loose cannon Mira Solano a lesson, FBI Director Joel Patrick assigns her as an undercover agent to investigate. However, Mira’s streetwise and tough persona requires a complete overhaul when she must infiltrate the inner circle of wine moms, assume their formalities, and learn the who’s who of the cul-de-sac.

Together with partner and new father Tony Mensah, Mira learns how to talk and walk like her fellow suburban moms. Quick to disparage the case, she soon learns of many nefarious activities taking place under the supposed ideal American life. Mira also learns not to jump to conclusions when all the moms become suspects, everyone has dirt, and nothing is as it seems.

As the investigation continues things become complicated when Mira begins making friends with the moms. When her cover risks being blown, and Joel pulls her from the case, Mira must once again go rogue. In the climactic finale, Mira applies the lessons she has learned from the moms to her work as an agent in order to find the killer, solve the case, and save her friends.

You most likely will have mentioned some of your main characters in the overview and hopefully given them some brief descriptions or character traits.

In the section focusing on the main characters, we can begin to build off this.

It’s often also helpful to give them a full name and age even if they aren’t addressed in the script. You might even start thinking about their astrological signs, looks, the clothes they wear, etc.

Things like these can help flesh out a character and answer questions that might be asked that you hadn’t considered.

Describe how the character’s personality relates to the story

After listing the character’s name and age, describe your character and how their personality relates to the story in three sentences.

If your script has only a few characters, or your treatment is longer and more in-depth, you can go into more detail.

The important thing to remember is that you want these descriptions to excite the reader.

Giving exciting descriptions, presenting clear conflicts, and showing character flaws is essential for writing a better script and piquing the interest of the agent or executive reading the treatment.

In “Uncorked,” the description of the protagonist is as follows:

Mira Solano (33): She’s the best homicide detective in her department, a workaholic, and closes every case she’s put on. She also has a history of going AWOL to do so, much to the chagrin of her boss. Quick to judge, Mira believes herself smarter than everyone she meets.

After you finish describing your characters, you can begin your summary. This is the bulk of the treatment and where you are allowed to really illustrate your most exciting scenes.

In your summary, it can help to organize it by acts and important beats, and you can even give them fun names.

Picking headers that match the story’s tone is a good way to keep the reader engaged and set yourself apart from other treatments that use a typical beat sheet.

The summary can be either as detailed or brief as dictated by the project and you don’t need to explain every aspect of your film.

That said, if you have a good film, giving a complete idea of the project and how it plays out is very helpful.

Especially if pitching to producers, they will want to know the scope of the project and be able to have an idea of how it will look.

This is a great way to show them how your film can be made. For example, if your movie includes essential setpieces that are certain to catch the eye, you should definitely include them.

Also, you shouldn’t feel a need to subscribe to any specific beat sheet or structure.

While I chose to closely follow the Blake Snyder Beat Sheet from Save the Cat, that isn’t necessary.

Additionally, for television, this can change as well. It can be helpful, especially if trying to sell an idea, to explain the first episode fully.

That said, many writers tend to explore the full arc of the first season. If your project is serialized versus episodic, giving the full story an idea is a good idea.

Producers will have their own ideas for how the project should change, and it is important to be accommodating. At this stage, most of your ideas should be subject to change.

Below you can download the full example of the three-page treatment for ‘Uncorked’, which I wrote a couple of years ago.

As said, it is a dark comedy feature film with a relatively contained story.

Given the film’s nature, there is a long list of characters, meaning their descriptions may be a bit briefer than yours.

Additionally, since this is a somewhat campy premise, many titles and descriptions use exaggerated language to get points across.

There you have it; a brief description of what a treatment is, the different components it should include, and an example to help get you started.

Depending on your project’s genre, format, and your own personality, it could look completely, but this should be a good point to launch from.

What did you think of “Uncorked”? Do you have any projects you’re excited to write a treatment for? How about any questions about treatments that may haven’t been answered?

Let us know in the comments below, and good luck with your next pitch!