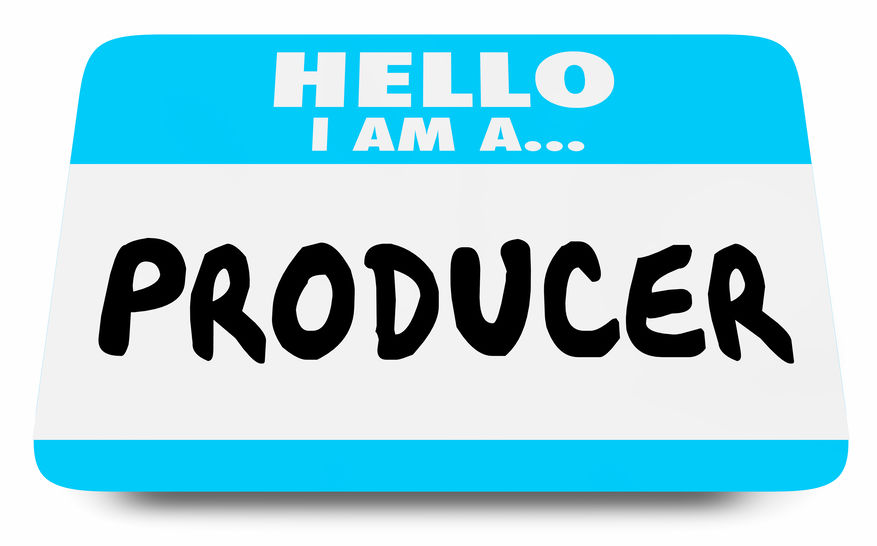 It can be a bit confusing figuring out who does what on movie sets. Each role, such as writer, director, and producer, has varying functions based on the production’s size, style, and industry (film, television, stage, etc.).

And one specific role that causes a lot of confusion is the producer. One reason for this is that there are several types of producers. What exactly does a producer do in film and movies?

The short answer is that a movie producer supervises the film’s production. Producers coordinate and arrange multiple aspects of film production, including organizing the writing, directing, editing, and financing a movie.

In other words, a movie producer is one of the most involved and nuanced roles on a film set. So let’s break it down in more detail below.

The Different Types of Producers

Whether you glanced at your favorite movie’s credits or worked on an actual film set, you’ll notice the roles of producers always go a step further.

The movie producers and executive producers are the most well-known, but they are not the only producers on the set:

A producer’s role breaks down into different parts based on overseeing operations, logistics, administration, or more hands-on television production functions.

Here’s a quick breakdown of the different types of producers’ roles and their essential functions.

An executive producer is the most prominent and misunderstood production role in movies. This role is the top producer, who is the financier of the film.

The executive producer supervises the team of producers to create the movie on time within a specific budget. They assemble a team to help execute a vision based on artistic and technical standards.

A line producer is involved in the film’s production from start to finish. This role oversees the logistics, operations, and technical needs of a movie.

The line producer works closely with other production team members, such as the production supervisor or production manager.

A supervising producer is a managerial role in charge of supervising other producers and their respective functions. This role operates as a surrogate of the authority of the executive producer.

The supervising producer works directly with the directors, writers, department heads, and the production office.

The film producer oversees the production and development of the film. This role has a series of responsibilities, including but not limited to, securing the literary property, financing, hiring the director, selecting the cast, and negotiating rights.

The co-producer is a collaborative role working in conjunction with another producer on the film. Individuals have this role who might not work directly on the movie but are involved in funding the film and providing equipment or services.

The production coordinator is an administrative role in charge of the production office. This role sets up staff, equipment, and supplies of the office.

The production coordinator handles travel arrangements, work permits, visas, schedules, and scripts for all the cast and crew of a film.

The associate producer is a below-the-line* role that works directly under the supervision of the producer. This role has auxiliary functions like organizing the production team, overseeing construction, lighting and sound plans, and more.

The associate producer is technically not an official producer. Instead, other roles hold the title with an additional stake in developing the movies outside their traditional role.

The producer’s role in the three movie production stages

There are many moving parts to film production from start to finish. The producer is involved in the three main stages of filmmaking: pre-production, development, and post-production.

In pre-production, the producer is responsible for securing the script, finances, and building the team to create the film.

In development, the producer is responsible for overseeing the film set’s operation, ensuring that all roles, including financiers, crew, and actors, are all on the same page.

In post-production, the producer is responsible for organizing the film’s editing, marketing, and distribution.

What’s the difference between a Producer and an Executive Producer?

A producer is directly involved in the production of the film.

An executive producer has limited involvement in the film’s actual physical production.

Instead, an executive producer is involved with the movies’ financing or distribution—the funding or securing distribution through wealthy benefactors, sometimes directors or actors, or a studio.

There are exceptions, but it’s more common than not.

Below are two examples to explain the difference between an executive producer and a film producer.

You’re watching the credits and see “Quentin Tarantino Presents” but notice he’s neither the director nor the writer of the film.

You will find this example in the 2002 Chinese martial arts film Hero directed by Zhang Yimou and starring Jet Li.

According to Fangoria.com, Miramax had American distribution, Tarantino’s pressure led to its release in US theaters in 2004.

Quentin Tarantino is the executive producer of the film for this contribution.

Take a popular franchise that shares a universe, actors, similar style, and studio. A good example is the Marvel Cinematic Universe. If you take a closer look, you’ll notice each of these films has different writers, directors, and crew working on each film.

How do you ensure regardless of direction and filmmaking, the films each stay true to the overall universe’s style and presentation? Enter the producer.

The producer’s role is especially crucial to preserve each movie’s integrity and theme, regardless of the crew involved.

What is the difference between a TV Producer and a Film producer?

As a film producer, a television producer is heavily involved with the development, financing, recruitment, and production administration. However, there can be many producers on television due to the different locations and segments involved.

The field producer is primarily a television role that oversees the development of the story. This role is a liaison and communication between a newsroom and television crew.

The field producer works closely with other television production roles like the photographer or reporter on research, interviews, and testimonials.

This role coordinates the setup and editing for the television segments and builds a team of assistants.

Interested in learning more about different film roles on a film set? Check out the FilmDaft Quick Guide to Film Set Roles.

What are the Responsibilities of Producers?

There’s more to a film producer than meets the eye.

There’s more than one type of producer, and beyond that, there’s an endless list of roles and functions for producers in film and movies.

In pre-production, the producers build a budget, hire a team, secure locations, and create a schedule.

In development, the producer’s primary mission is to oversee the day-to-day logistics.

In post-production, the producers reconcile the budget and meet all the deadlines.

But overall, the producer will forever remain one of the most involved and nuanced roles on a film set.