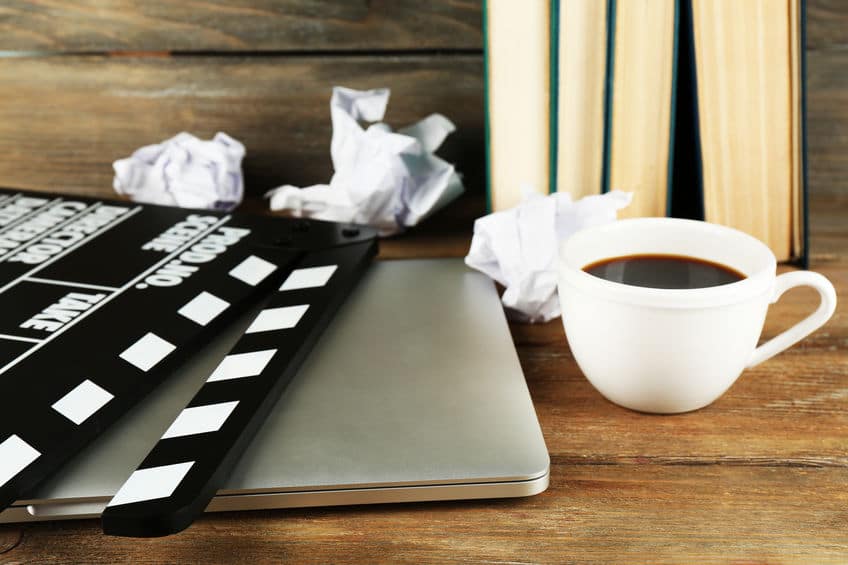 Different from a typical word processor like Microsoft Word, Google Docs, or Apple’s Pages, screenwriting software formats everything you write into a screenplay format.

If you’ve been around the movie business at all, you’ve probably heard of the program Final Draft and how it’s more or less the “industry standard” for writing traditional screenwriting.

Despite its certain flaws, the high price being chief among them, Final Draft is great software – it’s just not the only one.

At the end of the day, the final document your readers will read will be a PDF anyway – so who cares how you wrote the script, as long as its formatted correctly, right?

But what are the best free screenwriting software options? And do they have all the same functionality as the paid options? We’ve compiled our list for you to read up on. They are:

Let’s take a deeper dive into the above and review what features they have to offer – and what flaws they offer as well. Here we go!

Trelby is one of the best free-only screenwriting services available to screenwriters.

Taking the place of formerly-free Final Draft alternative Celtx back in my day, Trelby is a completely free service that offers a stripped-down, bare-bones word processor designed specifically for writing screenplays.

One of the best things about Trelby is how simple it is to use while still being functional as a screenwriting program. It is apparently open-source, meaning it can be edited and iterated upon by others, but is currently only available for Windows and Linux users.

What’s are some of Trelby’s benefits?

For starters, Trelby is completely free. Originally created under a different name, Trelby used to be a paid service, but way back in 2006 the creator decided to make it open source and more or less forgot about it. It was discovered by another creator online in 2011, and the pair teamed up to iterate upon it and make improvements.

Here are some of the features the current version of Trelby has to offer:

Beyond that, since Trelby is open source, it is fully customizable and open to iterate and contribute changes and improvements to the program – though I’m not entirely sure how often this happens.

Lastly, because there isn’t a paid-tier for Trelby, you get all of the features mentioned without having to buy a paid-tier to unlock them, as some other screenwriting programs offer.

What are some of Trelby’s flaws?

Because Trelby is such a simple program, it’s hard to critique it too far beyond its lack of additional features that other paid-screenwriting programs offer.

However, as a first-time writer or even a working writer who is all about the work (and not the features), Trelby begs the question of why you even need some of those other program’s features in the first place.

The main downside I see is that Trelby isn’t available to Mac users, so those Apple-addicts looking to get their screenwriting start will need to look elsewhere. You could try the free version of Mac-only Highland 2 or one of the other free options on this list.

Also, if you are collaborating with a co-writer, you will need to do it the old-fashioned way and swap drafts. Other paid programs, like WriterDuet, provide an online real-time collaboration tool, but WriterDuet does have a paid monthly fee associated with it to unlock certain features.

Trelby offers more positives than negatives for a free screenwriting tool for first-timers or working writers alike. The program can do almost anything you might need it to do on the page – as long as you are a Windows or Linux user.

Plus, if you’re a screenwriter who also dabbles in code-writing, you could make good use of the program’s open-source nature and implement your own updates or changes to the program as you see fit.

If you aren’t a coder, you can still suggest your own changes – just don’t rely on anyone getting back to you too soon – it is a free program, after all.

That said, Trelby is probably one of the best (if not the best) viable and fully-free options to start or continue your screenwriting career.

Page 2 Stage is definitely one of the older screenwriting programs. The latest operating system it lists on the website is Windows XP, so you can tell it has been around for a while – though how long it has been since it’s been updated is anyone’s guess.

That said, since you are looking for a completely free screenwriting service, there’s not too much room to complain, and Page 2 Stage supposedly does everything you need in a basic screenwriting program.

What are some of Page 2 Stage’s features?

For started, Page 2 Stage is a word processor-specific for processing scripts in screenplay format and offers the basic functionality one would expect therein, like using Tab and Enter to format between action lines, character names, and dialogue.

Page 2 Stage also offers multiple variations in multiple languages, which makes it a convenient choice for writers around the world, from South America to the Middle East and everything in between. There’s even a version of English set to British style + spelling for your convenience.

Being open-source, this also means that if you are a writer who knows how to code, you can iterate and implement your own changes to the software, which is convenient for those who know how to do so.

There is also an auto-save, auto-spell check, and up to four different viewing options, including an Index car view or outline view that shows the whole script as one continuous document.

What are some of Page 2 Stage’s flaws?

As an older program, Page 2 Stage lacks a significant amount of functionality and finesse that modern, paid screenwriting programs provide.

Also, the fact that it’s only available to Windows users makes it a bit of a disappointment if you’re looking for a free screenplay option as a Mac user. As we mentioned above, you may want to check into Highland 2 or WriterDuet instead.

I would also be wary of potential compatibility issues trying to run this program on the latest versions of Windows.

While I think that it does still work on newer versions, there isn’t much information available about the program online to confirm. So be prepared to be disappointed just in case!

While Page 2 Stage wouldn’t be my first choice, even for a free program, its simplicity does provide a welcome answer for those looking for a bare-bones, straight to the chase screenwriting software. For first time writers, it fulfills a need – and you can’t beat the fully-free price-point.

However, I wouldn’t recommend this software to anyone looking to start screenwriting full-time, or to career screenwriters looking for an alternative to the program they are using now.

While FadeIn is technically a paid program, we’re going to discuss the free version of FadeIn and what comes with it for you to use.

FadeIn the paid version is one of the best, if not the best professional alternative to the industry standard paid screenwriting program Final Draft.

With similar features, FadeIn rivals Final Draft at less than half the cost, and even the free demo version of the program gives the FD juggernaut a run for its money.

That said, there are limitations inherent in using the free version of FadeIn, so it’s important to know what is and isn’t available to you in the demo version versus the full paid version.

What are the benefits of FadeIn?

FadeIn is also unique on this list because it is available for PC, Mac, Linux, as well as Android and iOS.

FadeIn also lets you create industry-standard breakdown reports so you can keep track of production-related components as you revise your work for producers and executives, and allows you to import and export in other file types like FDX files.

What are some flaws of FadeIn?

Despite all of the full features being available to you from the free demo, once you’ve written more than ten pages of your screenplay, you will get a continuous notification on the need to upgrade to the full version. Most users suggest this happens roughly every five minutes, which can be very tedious.

Also, any document you export as a pdf with FadeIn will come with a “demo version” watermark. You can get rid of this by buying the paid version, so for writers looking to make the jump from hobbyists to career writers would be advised to upgrade before they share their work professionally.

That said, I do believe you can export your script to another file format, like a Celtx or Final Draft file, and open it in one of those programs without having to upgrade to the paid version.

But if you are constantly having to use a friend’s version of Final Draft to print your script as an official PDF, you’ll want to save yourself the trouble and just upgrade.

FadeIn is one of the best programs to use and experiment with for free, especially because you can make use of all of its features and functionality without having to upgrade – up to a point.

However, for developing your craft into a career, you’ll need to warm up to paying for the full version – at least before you send out your script in any kind of professional capacity.

But as far as working with one of the best programs in the industry for free, you can’t get access to a better program for free than FadeIn.