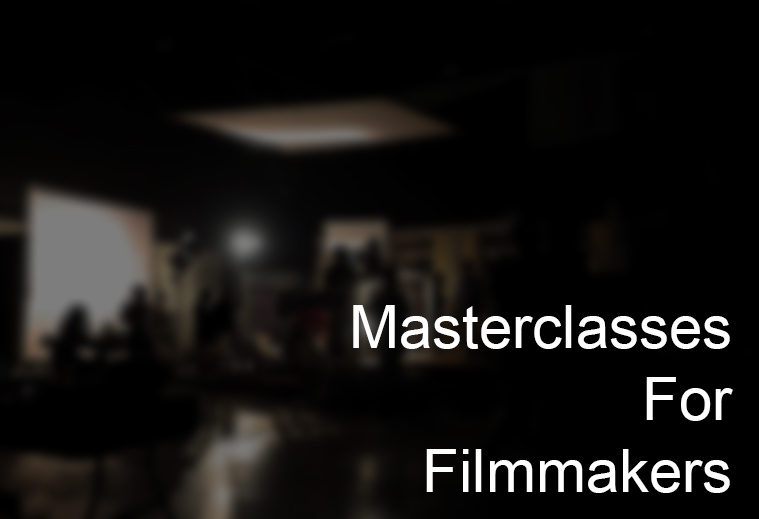 It’s an amazing time to be a filmmaker!

Digital cameras have become abundant and cheap. So has LED lights and microphones for light and high-quality audio.

But you still have to learn the craft. Of course, you could go to film school, but these days, you don’t have to. There are plenty of available and free tools and knowledge available online on websites such as this and YouTube.

But even though you can learn a lot from YouTube, there’s a limit to the talent you find there.

That’s where a site such as MasterClass.com comes in.

MasterClass.com is a paid service that offers online video masterclasses covering many fields and topics.

While you can find similar services (paid and free) online, the sheer amount of big-name industry talent the creators of this site have managed to collect is just incredible.

For filmmakers, directors, screenwriters, actors, and film score composers, Masterclass.com is a treasure trove without comparison.

You can either pay for a single masterclass or sign up for an all-access yearly subscription. I find the latter to offer the most value for the money.

Everything is neatly broken down into short classes so you can learn new skills in just 10-12 minutes a day and contemplate all the information at your own pace.

Some classes also have a downloadable workbook with lesson recaps, assignments, and supplemental materials.

You can watch on your smartphone (there’s an app for iOS, Android, and Amazon Appstore), desktop, or Apple TV – whatever you prefer.

Below, I’ve compiled a list of some of the best masterclasses relevant to filmmakers and screenwriters.

Masterclasses for Filmmakers and Directors

MasterClass.com has a lot of amazing directors, which happily share their secrets, and they do so with a lot of wit and enthusiasm.

Here are some of the amazing directors you can learn from.

Director and actor David Lynch (Eraserhead, Dune, Blue Velvet, Twin Peaks, Lost Highway, The Straight Story, Mulholland Drive, and more) talks about following and trusting your idea and how these ideas can come from anywhere:

If you want to make a feature film, all you need to do is get 70 ideas. And you write these scenes on a 3×5 card. And when you have 70 of them, you’ve got a feature film.

The course is divided into 13 chapters, covering topics on how to work with actors, the pressure of being on set, production design, cinematography, sound design, scoring, breaking the rules, and more.

If you don’t get physically ill seeing your first rough-cut, something is wrong!

Director, actor, screenwriter, and producer Martin Scorsese (Taxi Driver, Raging Bull, Goodfellas, Cape Fear, Casino, Gangs of New your, The Aviator, The Wolf of Wall Street, The Irishman, and more) talks about his own beginnings as a filmmaker, how it’s important to discover your own process, and that you need to have the bravery (and ignorance) of wanting to get something done.

In his masterclass, Scorsese also addresses how technology can help you and become a hindrance and how you need to be aware of this in your filmmaking process.

He also talks about the importance of finding and seeing themes and stories in your everyday life and being aware of which ones you’re drawn towards.

Scorsese also talks about “working with the script” and the importance of developing your script in rehearsal.

He also shares knowledge on casting and directing actors, scouting for locations, sound design, music, and promoting your film.

Some lessons are dedicated to Scorsese analyzing scenes from famous movies such as Alfred Hitchcock’s Vertigo and Federico Fellini’s 8½.

In the last masterclass, Scorsese encourages you to find your own way and nurture the creative spark that inspires you in your work.

He also talks about how to research multiple angles for a documentary film, make sure they’re based on facts, and how to take these different points of view and shape a larger narrative structure.

I believe it is the artists’ responsibility to lead people into hell. But I also believe it’s important to lead the way out.

Ken Burns is well-known for his unique style of using archival footage and photographs in his documentary film (I even have a preset in Premiere Pro dedicated to his name). In his masterclass, he elaborates on how to navigate and source archival materials.

Burns also talks about the essential interview, how to select subjects, and conducting an interview. And he shares his knowledge on how to navigate a difficult interview.

He also talks about using music, sound design, and recording and using voice-overs in your documentary.

And he talks about the editing process, your responsibility as a documentary filmmaker and artist, and sharing your film with the world.

We all understand stories […] makes us believe that we can all direct. And we probably all can.

Howard takes a very hands-on approach where you see him work with the actors and camera crew. He talks about backing up your instincts with craft.

Ron Howard also goes into scriptwriting and talks about the key components of a great screenplay, rewriting, refining, and ensuring that your script is ready for production. So if you’re a screenwriter/director, this masterclass also has something for you.

He also dedicates some lessons to collaboration and bringing out the best in a creative team.

You also get a lot of insights into his movie Frost/Nixon, as he breaks down several key components from rehearsing to Steadicam staging, choreography, and giving yourself more options in editing.

Director, actor, and screenwriter Werner Herzog (Nosferatu the Vampyre, Woyzek, Invincible, Rescue Dawn, Queen of the Desert, Grizzly Man, American Dad!, Jack Reacher, Parks and Recreation, The Mandalorian, and more) talks about how to teach yourself the skills to become a filmmaker.

Werner Herzog is himself a self-taught filmmaker, who has risen to become one of the most influential filmmakers of our time, and in this masterclass, he shares his knowledge on how you, too can do so yourself:

You spend way to much time in the film school. It costs way too much money. You can learn the essentials of filmmaking on your own within two weeks!

Werner Herzog talks about watching films and reading novels as a way to teach yourself storytelling.

Herzog also talks about his approach to writing a script and financing your first film.

He also talks about leading by example on set and the importance of being in the moment with your actors.

Then he goes into camera work and the importance of keeping it simple before talking about painting with light and working with cinematographers.

And you get some amazing insights into his approach to documentary filmmaking, i.e., don’t be a fly on the wall!

This is not a complete list of the masterclasses available on MasterClass.com. Other filmmakers include Spike Lee and Jodie Foster, to name a few.

There are also masterclasses for screenwriters, actors, composers, and more.

But I had to stop somewhere. So those will have to wait for another article.

If you’re a filmmaker or director – or hoping to be one – you should go check it out.

It’s an amazing insight into a world normally not available to us as mortal independent filmmakers.