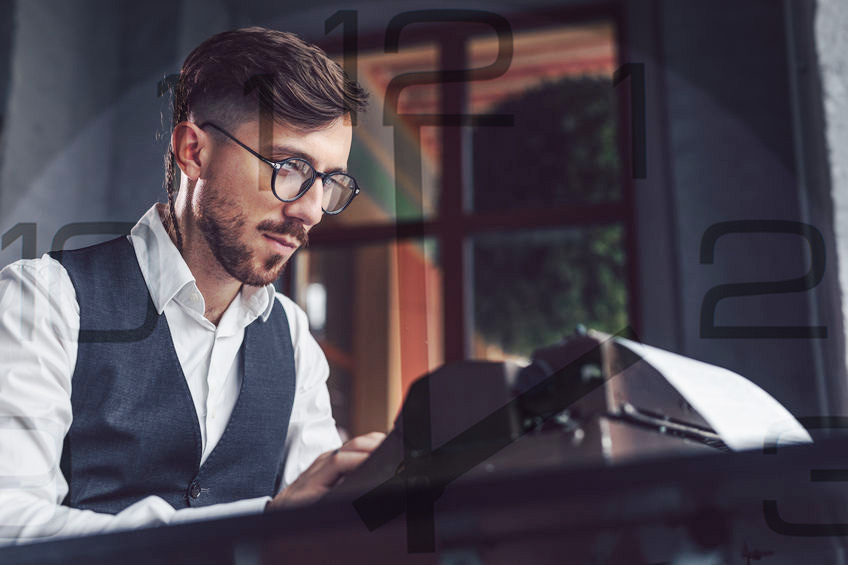 Depending on the type of film you’re writing, the movie’s length related to the screenplay can vary.

For example, how elaborate an action scene is described in detail dramatically changes the script’s length. After all, there’s a big difference between writing “the two dudes get into a fight,” and describing the whole fight sequence.

To begin understanding the relationship between script length and movie length, let’s start with the simple question: how long is a script for a two-hour movie?

The general rule of thumb is that a screenplay written in the proper format is equivalent to one page per minute of screen time. Therefore, a screenplay for a two-hour movie will be 120 pages (2 hrs = 120 mins = 120 pages).

Film data researcher, educator, and screenwriter Stephen Follows has a great data set on the length of movie scripts, which you can find here.

I’ll spend the rest of the article discussing exceptions to this rule, how this rule is closely related to the three-act structure, and how it can dramatically improve your pacing while writing.

Why is the one page per minute rule important?

When delivering screenplays to studios and producers, especially as an unknown writer, this is a metric they will use to judge the film’s length.

This is true for television and shorts as well. A half-hour TV pilot will be around 20-30 pages, and an hour drama will generally be somewhere between 50-60 pages.

As mentioned, there are some exceptions to this rule, and certain types of films can alter this metric.

Additionally, there are some ways the relation of page-to-minute can help you in pacing your screenplay.

As said in the intro, some types of films mess up the page to minute rule. The most common thing that changes this is films with plenty of action and a lack of dialogue.

Typically as a writer, you do not want to direct in your writing. When writing action, many writers tend to get over specific.

Unless the action itself is pertinent to the story, or if it’s a project you will be directing yourself, it’s better to suggest what will happen and move on.

Because of this, scripts that are heavy in action will read much shorter.

A single paragraph of action may take up 5 to 10 minutes on screen but only be three lines (it’s good to try and keep your action paragraphs under 3 lines, but more on that later).

An example of this is the script for the Battle of the Bastards-episode in ‘Game of Thrones.’

Though the episode is an hour-long, the script itself is 41 pages. For those of you who have watched, this is an episode where action heavily outweighs dialogue.

Another example of a great script that is shorter than the length of the movie is Sofia Coppola’s Lost in Translation.

Since this film deals explicitly with a lack of conversation and features many meditative moments of silence, it isn’t surprising that the script is only 75 pages while the film is 1:44 minutes.

In fact, if you find an online pdf of the script, you will notice that many of the pages are doubled with plenty of blank space. This can help with understanding the pacing the film is supposed to take while reading.

Understanding how your screenplay relates to timing on-screen can help you pace your film accordingly. For the most part, the average scene in a film is one to three minutes long.

That may not sound like a very long time, and you’re right. This means that it is essential to be concise and direct.

Considering that, over the history of film, the average shot length and scene length have only been diminishing.

Many screenwriters want to start their scene from a character’s entrance. If this doesn’t contribute to the story, then don’t write it!

If you are submitting to studios, know that these people have to read hundreds of scripts and are extremely critical.

This is also why it’s a good idea to keep action paragraphs under three lines.

Trust me, if you have plenty of scripts to read, seeing paragraphs of text can turn you off. Keeping it short lets the story move quickly and often makes for an easier read.

A collection of scenes that encapsulate an event is called a sequence.

For the most part, a sequence will consist of three to five scenes (of course, remember these numbers are all suggestions). That means your default sequence will be 10-15 pages or 10-15 minutes.

If your sequence is full of action, as many are, it will be shorter. If that is your intention, don’t feel a need to write unnecessary dialogue or any other arbitrary way to extend it to that page length.

However, make sure your sequence is understandable!

Whether it’s a linear course of action or cuts between two parallel scenes, it needs to be logical and comprehensible. Too much jumping around too quickly is disorienting and should be avoided unless intentional.

It is also important to remember that you will want your sequences to fit into your different acts.

If you are having trouble with length and feel a need to fill space, you will end up writing unnecessary pages.

Instead of doing this, think about why you don’t have enough (or too much) material to write about and the type of story you’re writing. Perhaps it should be a TV show instead of a movie or vice versa.

A super helpful way to think about this that I picked up from a Story Editor at WME is that a movie is (generally) an interesting event in a normal person’s life and a TV show is the normal life of an interesting person.

Make sure the story your telling fits the format you’re writing in.

All that to say, if you pay attention to the page length and the length of your scenes, you can vary the pacing and juxtapose moments of action with moments of dialogue to create a dynamic and interesting read.

Chances are you’ve probably heard about the three-act structure, so I won’t go too much into it except how it relates to page length and pacing of a film.

Pretty much, every film consists of three acts. In a two-hour film, the first act tends to be 30 pages, the second around 60 pages, and the third act around 30 pages.

This means the first act break is around 30 minutes in screentime, and the second act break will be close to minute 90 for a two-hour film.

Watching movies while thinking about this can really help you with spotting how these transitions are handled.

This standard type of pacing is also what makes it very difficult to write the first act.

In the first 30 pages (for a typical film), you need to introduce the main characters, where they come from, the inciting incident, and the story’s conflict.

Packing all of this into 30 pages means you can’t dwell too much on extraneous detail. Big moments of action, fun scenes, and big set-pieces are better reserved for the second act.

It’s also good to keep things moving in the first act because it is rare for a producer or someone taking unsolicited submissions to read past page 20.

Unfortunately, if you are an unknown writer, you cannot wait until the script’s end to convince anyone.

A strong first act is the most important thing to get someone to read through your script. Coming up with a strong opening scene and interesting ways to introduce characters and the conflict is essential.

To do this, think about how to pace your writing. Try to keep your action paragraphs short and your scenes under three pages if possible.

Tie your scenes together into sequences, vary moments of action with moments of dialogue/exposition, and alter between emotional highs and emotional lows.

At the end of the day, there are no rules to screenwriting, and all of these suggestions are simply tools to help guide you in moments of uncertainty.

The most important thing is to have a strong and engaging story, which can take many forms.

Personally, the biggest thing I like to consider is the reason I have for making the film and who the audience is.

If you’re trying to make something commercially viable and get some money behind your film, the three-act structure and quick pacing are essential.

If your film is something that will exist outside of the studio system, more personal, or that you intend to make on your own, the way you write it should be for yourself.

The unfortunate reality is that these two worlds rarely combine, so knowing your ultimate goal is helpful.

I hope that these guidelines helped. As someone who has read for screenplay competitions and studios, I guarantee you that receiving a script that reads quick and easy is a relief and always appreciated.

That doesn’t mean your script can’t be intellectual or tackle difficult subjects.

Still, I strongly suggest against paragraphs of text, extremely long scenes, or scenes that jump around too much and fail to form comprehensible sequences.

Are any of these suggestions things you intend to add to your script? Do you have any other pieces of advice on pacing? Let us know in the comments, and good luck with your next project!

3 thoughts on “How Long Is A Script For A 2 Hour Movie? And How To Use The Answer In Your Screenwriting”