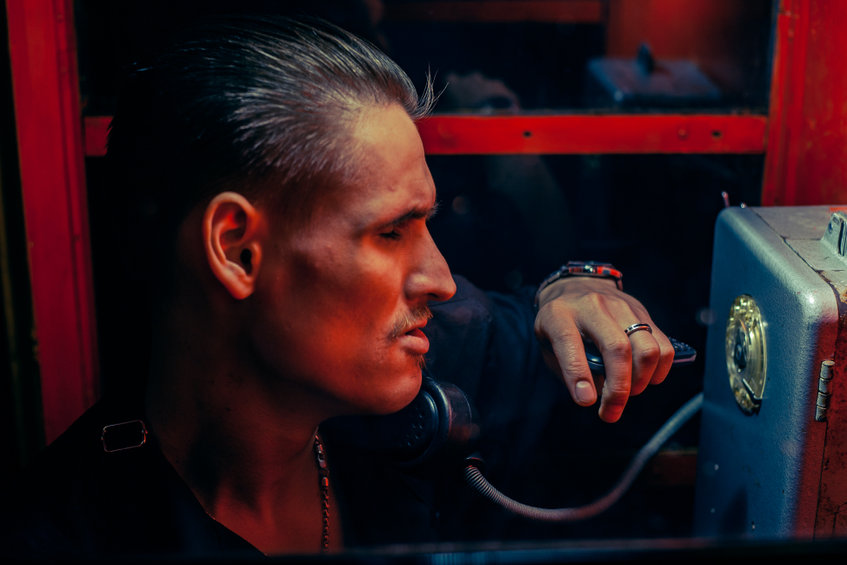 One of the most important elements to a film’s success is the performance of the actors.

Actors have to be able to match the tone of the project, perform consistently, and take direction while still remaining believable. If done well, the result is a compelling performance that captures an audience.

In order to obtain such a performance, many different components are required. The direction, story, camera work, and art direction all play a part, but the preparation of the actor is paramount.

There are many different approaches that actors take to prepare for their roles. One of the most famous and controversial is method acting. So what’s the meaning and definition of method acting?

At its most simple, method acting is a rehearsal technique that focuses on achieving honest and emotional performances by identifying with and inhabiting the character’s motivation.

In this article, we will explain what method acting entails, some famous examples, and why actors choose this approach.

Background and history of method acting

Method acting has been around for a long time, starting with theater director Konstantin Stanislavski in the early 1900s.

At the time Stanislavski did not refer to this approach as ‘method acting,’ but his approach of getting actors to draw from personal experience and emotion to build believable performance falls in line with the Method.

In the 1930s method, acting was brought to the United States, with a variety of approaches that fall under the category. Lee Strasberg is one of the most famous acting teachers who’s contributed to the school of method acting in the US, focusing on the psychological aspects of the role.

The ‘Method’ in method acting

Often referred to as ‘the Method,’ method acting is defined by an actor’s preparation for a role. As opposed to classical acting that focuses more on actions themselves, the Method involves a more emotional and psychological approach.

As a result, method acting often leads to a more realistic and less stylized performance. Focusing on inhibiting a character’s psyche is useful in achieving believable delivery.

Depending on the tone of the film, the Method can be a useful technique for actors to approach their roles. Certain genres, such as comedies, high fantasy, or surrealist film, can get away with stylized and larger-than-life performances. In dramas, thrillers, and projects that are generally more grounded, a nuanced and intimate performance might not just be beneficial but required.

What Is A Method Actor?

At its core, a method actor is anyone who subscribes to these rehearsal methods.

If the actor takes time and focuses on identifying with the character, their psychological, sociological, or behavioral motivation, they are probably method acting.

The techniques to do this vary depending on the school of thought and teacher. Strasberg focused on actors pulling from their own experiences and lives to closer identify with the character.

Stanislavski didn’t prioritize this as much. Instead, he focused on actors using physical action to elicit an emotional response.

Other teachers have focused on actors finding relatable truths in the script, emotions, and circumstances of the character or by understanding the character’s objectives, obstacles, and intentions.

Regardless of the school of thought, the Method is distinguished by an internal and more psychological approach to acting. Rather than an action-oriented performance based on direction, method acting lies closer to living in the character’s head.

Often philosophies of acting overlap, however an easy way to distinguish method acting from non-method acting is to think of performances in broad comedies, musical theater, and situations where the actor assumes a highly stylized and physical presence.

Because of this distinction, and some instances where actors took it to the extreme, there are some misconceptions about method acting. Fx, it isn’t a requirement in method acting to fully embody the character on and off stage though this is an approach taken by some.

Who Is A Method Actor

Due to the varying approaches and definitions of method acting, there is quite a bit of confusion about which famous actors use this approach.

Most actors nowadays take a more nuanced and realistic approach to their approach in film. Additionally, the perceptions of method acting have been skewed by certain extreme stories.

That said, there are plenty of famous actors who have embodied their characters to degrees that exemplify the extreme side of method acting.

A classic example of a method actor in film is Marlon Brando. In order to embody the character of an injured war veteran in The Men, Brando stayed in bed for a month. He was also known to have a bucket of ice water thrown on him during his Broadway performance of Truckline Cafe.

Marlon Brando’s approach to acting and his performances were transformative in film. He is one of the integral figures that transitioned film performances from the stylized to the realistic.

Adrien Brody’s preparation and performance in The Pianist was extremely method and resulted in an Academy Award.

Brody dropped 30 pounds to play a Holocaust survivor and learned to play piano, practicing for hours a day. In order to feel as “lost” as the character he played, Brody also sold his car, gave up his apartment, and moved to Europe with a keyboard.

An infamous and recent example of extreme method acting can also be seen with Jared Leto’s performance as the Joker in Suicide Squad.

To get into the “twisted mindset” required for the role, Leto would watch videos of brutal crimes online. He also gave his fellow cast members a litany of disturbing gifts including used condoms, a dead pig, and a pet rat.

Also, check out the best quotes from Batman movies ever!

Whether or not this assisted in the performance, helped the cast, or was primarily for marketing is up for debate. It was however extremely divisive among the cast and succeeded in making his coworkers uncomfortable.

A final good example of method acting can be seen in Halle Berry’s performance in Jungle Fever. To prepare for her role as a drug addict she visited crack houses and didn’t bathe for weeks up to the performance.

The Benefits of Method Acting

Though there are plenty of horror stories of negative impacts of method acting, such as Jared Leto’s antics, Heath Ledger’s death being attributed to his portrayal of the Joker, Christian Bale gaining unhealthy amounts of weight for Vice, and Adrien Brody losing unhealthy amounts of weight for The Pianist, there are still benefits to this approach.

At its simplest, method acting serves as a type of research for a role. Understanding a character’s motivation, body language, and decision-making helps with a believable performance.

Additionally, as seen with Halle Berry, knowing how people act in unfamiliar situations is crucial to an accurate and honest portrayal. Though there are plenty of ways to go about this, seeing it and living it firsthand is a highly effective approach.

More than anything, method acting is a way of rehearsing and performing a role and can take many different forms. Sending dead animals to castmates and crew members or starving yourself are extreme examples of what can otherwise be a constructive exercise.

There are plenty of benefits to method acting and taking a psychological, realistic, and internal approach is crucial to delivering a solid performance. That said, it’s important to realize that actors have different ways of preparing and it’s possible to blend multiple schools of thought.

Making your cast and crew uncomfortable for the sake of your role is often a negative and selfish way to approach a project and can impact the rest of the film. Additionally, taking extreme and harmful steps can be dangerous and doesn’t guarantee a great performance.

The most important and positive part of method acting is that it helps you understand and connect with the character being portrayed. There are plenty of ways to do this, but in order to deliver an accurate, captivating, and non-offensive portrayal of a character, research is required.

Have you ever gone method? Is method acting something that appeals to you or scares you? Let us know in the comments below and best of luck in your next performance!