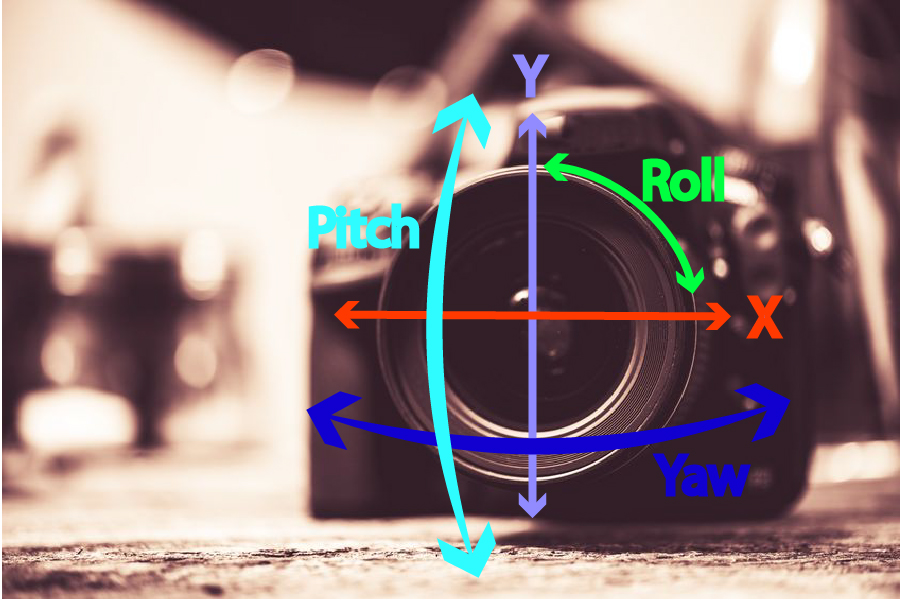 So I decided to break down the four most common types of image stabilization found in modern cameras today.

But what is the best camera image stabilization and why?

Let’s dive into this in more detail below.

The benefits of Image Stabilization

Camera-based image stabilization, as opposed to the use of stabilization tools such as gimbals, Steadicam, Glidecams, and sliders, is a great tool for reducing shakes and micro jitters when shooting handheld.

As such, image stabilization in hybrid cameras such as DSLRs and mirrorless systems is a lifesaver for the run and gun videographer.

Also, camera based image stabilization such as IBIS and OIS allows you to shoot handheld with longer lenses with great results.

As an example, I own a Panasonic Leica 100-400mm for my GH5 (the equivalent of 200-800mm on a full-frame sensor), and I can easily use this handheld lens at 400mm to capture both smooth video and unblurry photos.

Another benefit of camera stabilization is that you can use longer shutter speeds.

This is especially great if you want to shoot handheld in low-light conditions, as you can keep the shutter open for longer and thus letting in more light.

Thus image stabilization can help you produce cleaner looking images with less noise in the shadows in low-light conditions.

Also, image stabilization, and OIS in particular, benefit the autofocus system in your camera. This is especially true for low-light or low-contrast situations because autofocus works more accurately when the image hitting the sensor is already stabilized.

Electronic Image Stabilization (EIS) is a digital type of stabilization that uses the in-camera software to stabilize the footage in real-time while you take a photograph or record video footage.

EIS is often the only type of stabilization found in smartphone cameras and action cameras like GoPros.

Because EIS uses software algorithms to stabilize your footage it means that the image needs to be cropped.

This, in turn, means that your footage can end up grainy, as it is cropped and then scaled up to fit the current resolution you’re filming in.

In that sense, EIS is comparable to the image stabilization found in editing programs like Adobe Premiere Pro and Final Cut.

The only real difference is that EIS works in real-time when you use the camera, and a stabilizer plug-in like the Warp Stabilizer found in Premiere Pro works in post-production.

That means that the image is stabilized before the light hits the sensor.

OIS works by suppressing micro jitters and bigger shakes, usually due to an in-built gyro sensor in the lens.

Not only this, but when you look through the viewfinder on a mirrorless camera or at the LCD-screen, the image you see is the stabilized version. In other words, what you see, is what you get.

Depending on the brand of camera you own OIS might be referred to by another term:

The amount of axis OIS can stabilize depends on the technology of the lens.

Most OIS-systems will only combat shakes on the horizontal and vertical axis, i.e. pitch and yaw, while other hybrid systems can work together with IBIS for 5-axis stabilization.

More on the latter part later.

In-body Image Stabilization a.k.a. IBIS works by having the sensor float inside the camera. Because of this, this technology is sometimes referred to as sensor-shift or mechanical image stabilization.

Because the sensor is able to move in the camera body it can help combat shaking footage when moving the camera around.

The amount of shaking IBIS can combat is limited to the amount the sensor is able to move within the frame it’s attached to.

This is where Dual IS that takes advantage of both OIS and IBIS comes in handy as the OIS can help reduce some of the shakes before the IBIS kicks in to take care of the rest. – At least until a certain degree.

If the footage is still too jittery, you might have to use a tool such as the Warp Stabilizer in Premiere Pro or go the route with a gimbal or Glidecam.

The cool thing about IBIS compared to OIS is that it can make stabilization available on lenses that aren’t stabilized.

So if you want to throw an old Canon FD-lens on your mirrorless camera, you can take advantage of IBIS to capture great-looking stabilized footage.

Because the sensor is able to shift its angle and position inside the camera, IBIS is able to compensate for 5-axis movement and shaking.

The Olympus camera OM-D was the first camera with a good working 5-axis IBIS.

As you can see in the video as well as the photo at the beginning of this article, 5-axis IBIS helps reduce shakes for movement on the horizontal plane (X), the vertical plane (Y), and as well as for Roll, Yaw, and Pitch.

In other words, 5-axis image stabilization allows you to capture steady footage no matter how you move the camera.

And it’s when 5-axis IBIS works together with OIS that the magic really happens, and you get maximum benefit of modern image stabilization today.

Sometimes you need that extra help to get a really smooth take. That’s when things like sliders, gimbals, and Glidecam-type stabilizers come in handy.

When you choose to use one of those tools, remember it’s always a good idea to turn off the stabilization in your camera. Otherwise, your camera’s stabilization might try to combat the movement from your gimbal or slider, and you’ll end up with weird results.

You can find a guide to the best sliders on the market now here.

And if you need help to decide between a gimbal or Glidecam, you should read this article.