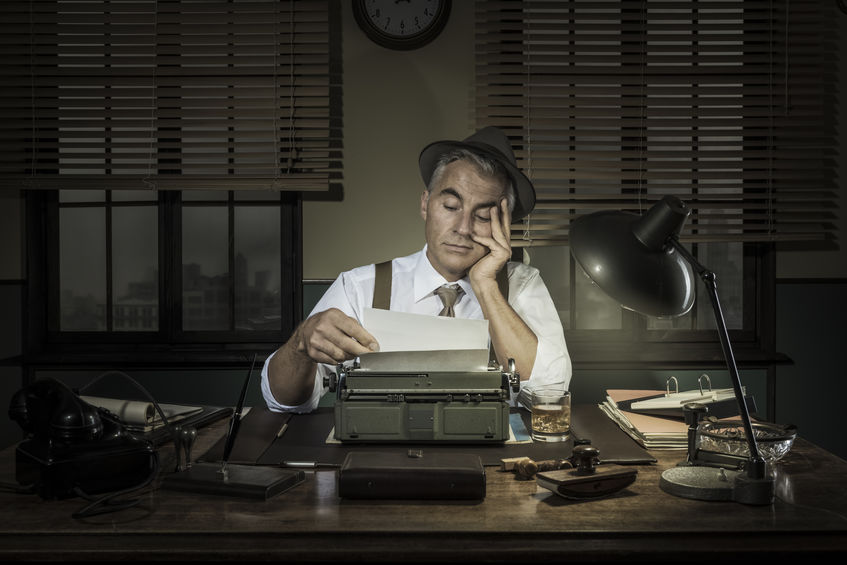 Last month we answered the question, “Can A Screenwriter Be A Director?” Now it’s time to answer whether or not a screenwriter can be an actor.

The simplest answer is yes, a screenwriter can also be an actor. Sometimes a screenwriter even act in their own movies, and there are many examples of this happening. That said, doing both presents many unique challenges.

If done well, you may find acting and writing a rewarding experience. Especially if you’re an actor, this can be a great way to find yourself in the perfect role.

However, if you’re not careful, it can be an extremely stressful experience and a detriment to the project.

First, we’ll look at a list of examples to inspire you and exemplify what types of movies are best suited for writing and acting. Then we’ll discuss the strengths and weaknesses of this decision.

Finally, if you’re still committed to writing and acting in a film, we’ll give you a short list of things to watch out for both in the writing process as well as the acting side of things.

Examples Of screenwriters who are also actors

There are countless examples of writers who act and actors who write. Typically this is done to expand a list of credits, land a role unavailable to an actor, or develop a career.

In many cases, actors looking for a prestigious film or starring role will try to write their perfect film. If done well, this can launch a very successful career, as seen with Ben Affleck and Matt Damon in Good Will Hunting.

Even with a great script and great talent attached, making a movie is extremely difficult and requires a lot of outside help. While these stories are inspiring, they are often the exception to the rule, and it is near impossible to do things on your own without help.

Co-writing, or taking a smaller role in your movie to allow bigger actors to get attached, is a good idea. We’ll talk more about that later.

Big-name actors sometimes make a screenplay when they want to do a personal project.

It is also common for big-name actors to write a screenplay if they look to make a more personal project or be cast outside of their typical role. A clear and recent example of this is the 2018 iteration of A Star Is Born.

Though some people might debate the extent of how much Bradley Cooper wrote the film, he is credited as a writer and did a phenomenal job acting (and even directing) in the movie.

In this case, a well-known actor utilized their name to develop a prestige/passion project successfully. While this doesn’t apply to most of us, it does illustrate the ability for an actor to do both and strengths around writing your own film.

Especially if you’re adapting an existing intellectual property for your own project, writing the screenplay can help you personalize the story and create a character you identify with. As an actor, this ensures you do the best job possible.

It is also not unheard of for writers to move into the world of acting. A huge example of this is Thomas Lennon. After a successful writing career (Night At The Museum, Herbie Fully Loaded), Lennon moved into acting, probably most known as his role as Lieutenant Jim Dangle in Reno 911!.

If you’re able to make a career in either acting or writing, you will end up with a long list of industry connections. If you’re lucky and successful, you’ll have managers and/or agents. With the support of these people, you can start putting yourself out there for more roles.

The most difficult part is with all this can be breaking in. Therefore, depending on where you have the most momentum, utilizing your strengths as a launching point for the other half of your career can be a good idea.

By the way, we have a lot of great resources for you, if you want to learn more about screenwriting.

Strengths of being a writer-actor

Though we’ve briefly touched on some strengths of being a writer/actor, I’d like to elaborate because there are many beneficial aspects.

In addition to tailoring a role to yourself specifically, understanding story structure and pacing in scripts are essential for anybody in the industry. Writing scripts yourself is one of the clearest ways to get a handle on this.

Vice versa, if you’re an actor and very familiar with screenplays, you’ll most likely avoid many beginner mistakes seen in screenwriting. These include formatting errors, extremely long action paragraphs, and an absurd amount of camera direction.

Writing and acting combined also give you a lot more areas to be able to collaborate with others. If you’re looking to break into a super competitive industry, it helps not to be selective.

While you should never feel pressured to work in a capacity you’re uncomfortable with, if you’re willing to assist in various ways without ego, that will help you be remembered.

Finally, whether you’re a writer or actor, new or established, it’s an unpredictable world and oftentimes can be difficult to find. The more capacities in which you can work means more opportunities and can be a smart decision financially.

Weaknesses of being a writer-actor

While everything above certainly sounds nice, there are some huge drawbacks you should avoid if you’re trying to act and write. It’s widespread to meet people who think they can do everything, but being humble and realistic about your abilities goes a long way.

If you’re trying to expand out of writing (or vice versa), acknowledge that. Take acting classes, ask actor friends for notes, and try to be as open to any project as possible. Don’t expect to star in the first film you ever act in.

What’s more, if you’re writing your own film and want to star in it (or even act in it), it is an excellent idea to try to get a little experience under your belt.

Try to book short films and do a couple of small projects before the big one. Having someone direct you a bit before and putting together a reel is a good idea before you try and attach people to your own project.

Even if you’re a natural talent, this is just a great way to get comfortable being on camera and taking direction. This brings us to our next point; take direction.

As we covered in our last article, “Can A Screenwriter Be A Director?” a lot of the time, writers get very attached to their script. If you find yourself acting out your own script, please let the director do their work.

If they’re a good director, they will see things you aren’t, so listen to them. It’s important to trust and respect everybody on set.

Things To Watch Out For

Now that we know what the weaknesses are with acting and writing, I want to highlight a couple of best practices if you’re still convinced you to want to do both.

The first thing is not to burn out. Being a writer or actor on their own can be very demanding. That is why often you’ll see someone specialize in a certain role. For example, Ben Affleck/Matt Damon being actors, or Thomas Lennon primarily writing early in his career.

Additionally, don’t market yourself as the person who can “do it all!”

While it’s great to volunteer and be up for anything, it’s extremely annoying when someone describes themself as a writer/director/actor/cinematographer/filmmaker. Two titles max is a good rule, and you can always change them later.

In addition to taking direction and being humble, if you’re an actor, please respect the writer. Having notes about how your character may say something is one thing.

However, writers have made intentional decisions throughout the script, and everything is there for a reason.

If you’re acting, writing, or doing both on a project, understand your collaborators and try to see things from their perspective.

Even if you successfully do a bit of everything, they may have thought of things you didn’t to improve the project.

Whether you want to act, write, or do both is your own decision. It’s also up to you how you go about it.

Maybe you want to learn things as quickly as possible and jump into writing and starring in a feature-length film. If so, good luck. It won’t be easy. You’ll pick a lot up quickly, which could turn out great.

Either that or you take a more calculated approach, building momentum in one facet of your career so you can springboard into a variety of disciplines. That is another approach that has worked for many different people.

Regardless of how you do it, it’s important to remain humble and learn along the way. As you build connections and friendships in the industry, try to learn from them. Ask for help as you try new things.

I’ve been lucky enough to have been invited to acting classes by friends who knew I was a writer. While I rarely act, understanding discipline is a great way to build friendships and learn more about what makes it such a difficult thing to do.

If you ever have the opportunity to learn about any aspect of the film industry, regardless of where your ultimate goals lie, I’d suggest taking it. Not only is it fun, but you never know when that information could come in handy.

Are you an actor? Are you a writer? Or are you both? Let us know in the comments what your strengths are and if there are any other aspects of filmmaking you want to get into.

2 thoughts on “Can A Screenwriter Be An Actor? The Pros And Cons Of Being A Writer-Actor.”