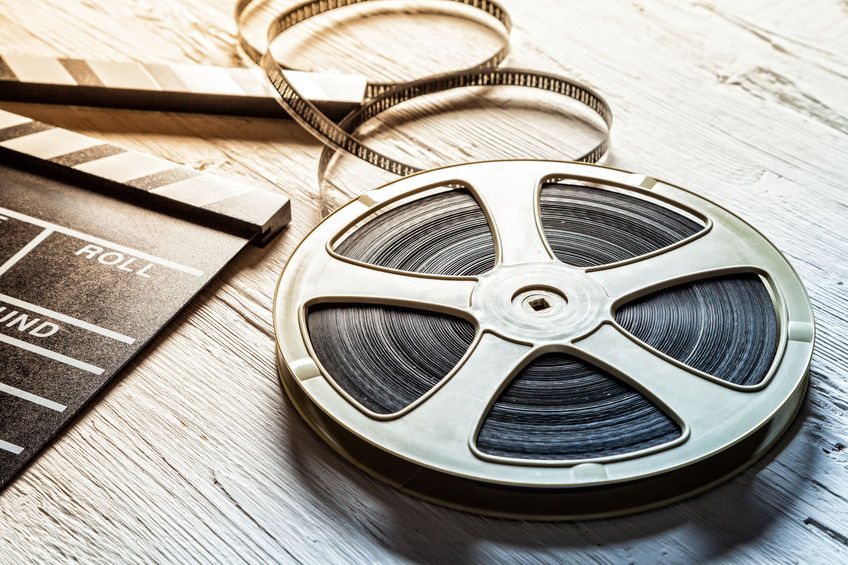 If you’re just starting out with video production, you’ve probably stumbled upon the term B-roll footage. And maybe you’ve even come across the term A-roll.

But what is the meaning of the terms B-roll and A-roll, and why are they important for your filmmaking? Well, here’s a short definition:

A-roll is the primary footage. A-roll is what tells the story, e.g. footage with actors. A-roll is also referred to as principal photography. The term “A-roll” isn’t used much anymore. B-roll is the supplemental footage. B-roll is used for setting the scene and creating context, atmosphere, and depth to the A-roll. B-roll shots are also referred to as supplementary footage, Broll or B roll. The term B-roll is still used today.

Ok, that was a pretty brief summary. Let’s dive into this in more detail below. At the end of the article, you’ll find some tips and tricks for shooting great B-roll footage.

Where does the name A-roll and B-roll come from?

The terms A-roll and B-roll date back to the earliest days when Hollywood movies were only shot on film.

One reel of film – the A-roll – was shot by the director and/or the primary camera operator. On the A-roll was captured all the action and later also dialogue that drove the narrative of the movie forward.

The role of the A-roll hasn’t changed. A-roll is still the footage of your main narrative of the film, whether that is a feature film, a short film, an interview, a corporate video, a YouTube vlog, a television show or a documentary about wild animals.

But the term “A-roll” isn’t used anymore. Instead, terms such as story cut, rough cut, sync-pull or even principal photography are more commonly used.

What is B-roll Footage?

The other reel of film – the B-roll – was used to capture all the “other stuff” to create a scene in the movie. It’s a way to show the viewer the context of which a scene takes place, and add depth and atmosphere to a scene.

The term “B-roll” is still commonly used today and is sometimes referred to as Broll, B roll or supplementary footage.

B-roll can be anything that supplements the main narrative really.

For example, Broll can be an establishing shot, drone shots, footage of people, a specific location, or inanimate objects, or pick-up shots.

B-roll doesn’t need to be captured by a second camera either. You can shoot your principal photography first and then go to shoot B-roll afterward with the same camera.

What is B-roll Footage used for?

B-roll can be broken down into two main purposes:

The first purpose has to do with the content or subject of your film. As such B-roll acts as supplementary footage, which provides context to your main narrative.

As such, B-roll can be seen used to establish a location, character or setting the stage and tone of a film. It can be used as pick-up shots, cut-aways, shots which help create a specific atmosphere and so much more.

The second purpose has a more technical explanation. Here B-roll is used to provide coverage of a scene from different angles, for giving you more flexibility in editing and post-production, and for covering up any errors or gaps in your main material.

It’s these two purposes combined that make B-roll such an important and powerful tool in video and film production.

How I Often use B-roll when Shooting for Clients

I use B-roll all the time when I’m shooting interviews. My camera B is set to capture another angle of the interviewee and shoot at a higher resolution than the final film. That way I can punch in and create close-ups of eyes, hands, or even feet.

If possible, I try to always get a B-roll related to the subject of the interview. Most people aren’t used to being on camera and you need to cut out all the small pauses and fill-words they use without thinking about it when they speak.

To cover up these cuts and make everything more fluent B-roll is a lifesaver.

For example, I’ve just interviewed a scientist who was the keynote speaker at a conference. I made sure to get a lot of good B-roll footage of eager listeners and also from later sessions where they were participating in various exercises. And, of course, of the keynote speaker on the stage.

In a situation like this, when it makes sense, I sometimes also ask for the slides or video clips that were shown during the conference and ask permission to use them as B-roll to contextualize a certain point in the interview.

I would have liked to show this video here, but it was for internal use in an organization.

I just wanted to share a few tips for capturing great B-roll footage. Most are what I’ve picked up through my own experience, i.e. from all the mistakes I’ve made.

B-roll is absolutely essential to filmmaking whether that be a short film, a feature film, a corporate interview, a travel vlog for YouTube or something else.

B-roll is essential for creating a context for your main narrative, and it makes your final film more visually exciting to watch.

B-roll is also an excellent tool in the editing and post-production process for covering up hard-cuts, creating compelling transitions, and, in general, creating more flexibility for you as an editor.

Practice shooting Broll whenever you can. And keep it safe on your hard drive because you never know when it will come in handy.