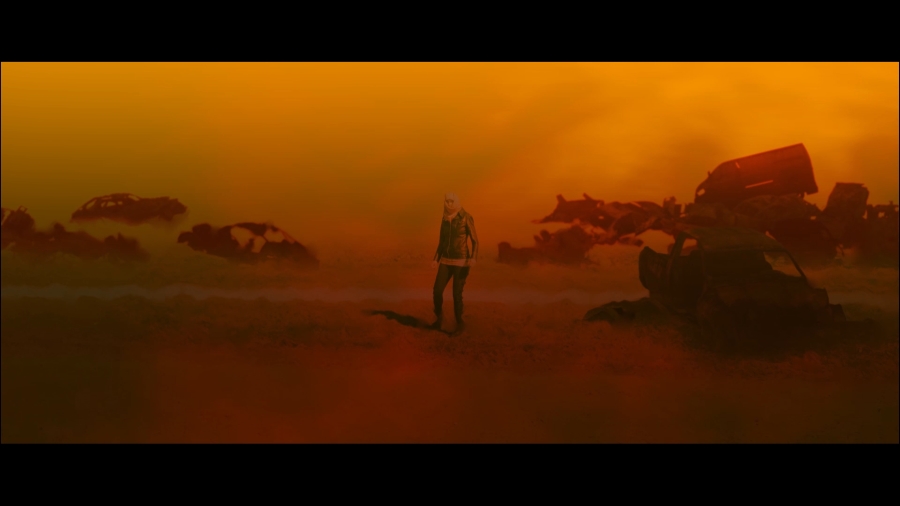 Ok, so a while back I suddenly got struck with this crazy megalomaniacal idea: I would try to make a sci-fi short film.

Others and more talented people have done it before of course. So it’s not like, it can’t be done.

But I’ve never aspired to do anything when it comes to narrative film.

My Educational Background Has Nothing To Do With Film

In fact, I have a background in music. And my interest in video production only grew out of a documentary project I did with some good friends about the sound in Danish popular music. And for some time, I thought I was going to be a Ph.D. in music.

It was only later, after a lot of rejections from various universities, that I decided to make video production my livelihood.

But even though I have a background in music, I’ve always been visually oriented. I love to study the frames and compositions of photographs, movie stills, and comic books and have even had my own amateurish attempts at drawing a webcomic.

So when my interest in video and film production was triggered, I felt it all fell into place.

It made good sense. I already had a lot of experience editing music and video. And I already owned an acoustically regulated room for music production with professional speakers, soundcard, computer, etc.

So I took the plunge, bought my own gear and started doing corporate videos for clients.

The Dawn Of A Crazy Idea

Fast forward a few years. I’ve done a lot of work for various clients. I’ve become a father. And my life has changed a lot.

Even though I enjoy every job I do for clients, I’ve felt this creative spark shimmering inside me all the time.

It’s probably the same spark I’ve channeled into music and illustrations earlier. But I’ve not had the time to nurture it for some years. Other things were more important: my newborn son and his mother – my girlfriend – and my business.

But the creative spark was there all the time, lying dormant like embers from a fire.

A Sucker For Visual Effects

Then I saw Blade Runner 2049! And I was blown away by the cinematography of Roger Deakins. Especially the Las Vegas desert scene blew me away, and I wanted to see if I could create something similar with simple tools.

My work in After Effects had until now mostly been about inserting 3D-text with some camera tracking, explainer animations, infographics, and other simple stuff for clients.

So the thought of being able to do something more creative and far removed from my daily routines was invigorating, to say the least. And I already owned some camera gear, so why not….?

My first thought was just to try to recreate a couple of these effects. But then I thought, that if I could recreate them, then I could also change them, and instead use them as inspiration to create something new.

But if I could create a couple of scenes with visual effects, then maybe – just maybe – I could also connect them into some kind of story.

And that’s when my megalomania really took off!

Even though I’ve never aspired to be a director or actor or anything else within the movie industry, I have always loved watching movies. Especially sci-fi and adventure movies, as you might have guessed.

But I also took notice in the 1990s when Denmark became famous for the films created under the Dogme 95 Manifesto – the brainchild of famous Danish directors Lars von Trier and Thomas Vinterberg.

The Dogme 95 movement included the “Vows of Chastity” which were a set of rules that aimed at taking filmmaking back to the roots. The focus was on storytelling, acting, and theme. Special effects were a big no go. Diegetic music was preferred to non-diegetic and so on.

My approach is in many ways going to be the exact opposite. I want to see if I can create some kind of story out of a string of special effects.

But what I did take for the Dogme 95 movement was the need for rules and limitations.

I soon realized, that I have no money, and I have no time for doing a short film.

I realized, that if I were to pull this off, I had to somehow squeeze in the time on days when I had no clients, and my son was in the nursery.

I also needed an actor. So I did what you should never do. I enrolled a friend.

In fact, I did worse: I enrolled my girlfriend!

Somehow I convinced her, that it was a great idea for her to spend 5 or 6 of her days off from work, running around dressed up in a postapocalyptic outfit and acting out my sci-fi fantasies for a short film with a story, that may or may not come into life during editing.

That is if I’m able to learn how to do some of these effects in After Effects at all.

Since we only have a day here and there, when our calendars sync up with the universe, and we have to pick up our son from nursery care early in the afternoon, I knew I had to make the production really simple from the start. That also meant NO CREW!

So my rules in terms of production have become these:

Ok, so with those limitations in place, we set out to shoot our first scene, which is inspired by the Las Vegas scene in Blade Runner 2049.

Plus there’s still A LOT, which needs to be done. And I have no idea how this will all turn out.

I’ve included a couple of screenshots from some of the scenes we have already shot. I’ve made a rough edit of some of those just to test out a few things. So the final result may differ from what you see here.

But I thought it would be fun to chronicle this insane amateurish endeavor along the way, and I hope it can inspire someone more talented than me to make a short film. Because if I can do it, EVERYONE can do it! And I WILL do it!

Let me know what you think. Have you tried something similar? Do you want to read more about this foolish journey? Let me know in the comment section below.

2 thoughts on “My First Short Film. The Journey. Part 1.”