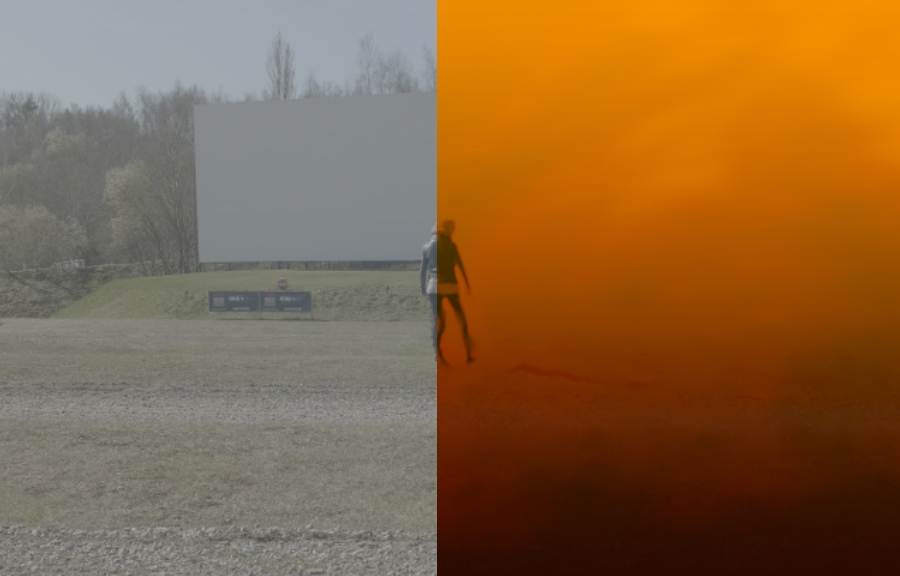 This is my second article on my attempt to make my first short film with just a Panasonic GH5. You can read the first episode here.

When I was a kid my mother and father took me to the local drive-in theater to watch movies.

It was in the 1980s, and at that time most cars didn’t have the option to have the car stereo on, while the car wasn’t running.

Instead, you had to borrow these huge FM-radios and hang them on the rolled-down windows of your car in order to listen to the audio from the film.

This was a problem if it was cold outside because most cars also didn’t have the option to have the heat running when the car was shut off. So you could also rent some kind of blue heaters, which you could light and put at the bottom of the car to keep the warmth.

To this day, I’m still not sure what those blue heaters were (some kind of catalytic heptane heater I’ve been told), but I guess we were safe because we had the windows open. Or something… ahem…

As I got older, I still visited the drive-in theatre with my friends in our own cars.

A Trip Down Memory Lane

Drive-in theatres, unfortunately, are a thing of the past.

But the one in the small town of Lynge in Denmark I used to frequently visit actually still exists to this day. It is one of the biggest in Northern Europe, and the only one left in Denmark.

I hadn’t been there in years, because I moved to Copenhagen to study. But, as luck would have it, my girlfriend, and I found a nice place to live not far from the theatre, and decided to visit it again. And it was just as old-school and cool, as I had remembered.

So because of my backstory with this place, I knew I had to shoot a scene for my first short film in it. And luckily for me, I got permission.

The Inspiration From Bladerunner 2049 and Roger Deakins

As every other filmmaker, who is just starting out, I look to the stars for inspiration. And the big and shining star for this particular scene is the cinematographer Roger Deakins and his work on Bladerunner 2049 starring Ryan Goslin, Harrison Ford, and Ana de Armas among others.

The particular scene I was inspired by is the one taking place in the ruins of Las Vegas, which you can watch in the YouTube clip below:

From the first time I saw a movie still from Bladerunner 2049 even before the film was released, I was mesmerized by the colors and atmosphere of this scene.

And when I finally saw the movie, I was blown away.

Of course, I don’t pretend to be able to create the same quality, but I thought it would be great fun to see if I could create a similar atmosphere together with my girlfriend and my trusted GH5.

And I thought it would be cool if instead of coming to an old Vegas Casino Hotel, my protagonist (a.k.a. my girlfriend) would walk through a similar orange haze and discover an old drive-in theater screen, and have some glasses with in-built Augmented Reality and Artificial Intelligence show her a clip from an old movie on the big screen, which would also act as clue in the story.

Now, I haven’t actually shot that clip yet, so I don’t know exactly what kind of old movie the A.I. will show her. All I know is, that is has to be set in a Film Noir setting.

But so far I have managed to create the orange atmosphere, have dumped some old cars in 3D-space, and made the initial attempts to create a pair of glasses which artificial intelligence and augmented reality built-in.

Think of it as a mix between J.A.R.V.I.S. from Iron Man and the old Terminator vision from the first Terminator movie.

I also decided to make it hot – as in hell-on-earth-kinda-hot – so I added some heat to the final composition too.

You can watch a short test clip from the scene below. If you want an After Effects video tutorial for one or more of these effects, please let me know in the comments.

The screen in the drive-in theater was to clean for this dystopic scene.

So I found this amazing photo of an abandoned drive-in theater on Unsplash, which I was able to cut out and stretch a bit in Photoshop and then track to the screen in After Effects.

The photo is taken by David Clode, and I reached out to David and asked if I could use it royalty-free. Luckily, David was kind enough to let me use it, so I thought I would give him some credit here.

Go check out some of the amazing wild-life photos by David. They’re beautiful!