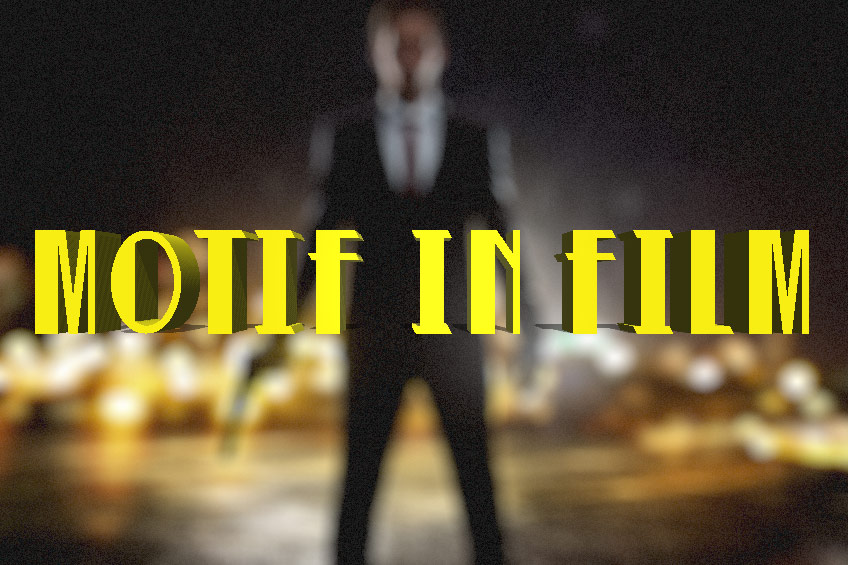 If you’ve ever studied film or literature in school, you’ve probably heard the term motif before. But what is a motif? And why is it essential to film?

A motif is a recurring visual idea that reinforces thematic elements essential to your characters or story to tell the story in a more subtle yet impactful way. Using motifs is a great way to hide your thematic ideas by “showing, not telling,” while also giving them more weight by making them a substantial part of the story.

It’s essential to be able to identify motifs to help you better analyze a director’s vision, which can then help your own directing as you set out to create your visual motifs.

Today, we’re going to dive into the above and provide some pretty famous examples from films you might know already, and some you might have never heard of.

Whether they are a much-watched favorite or a first-time viewing, by learning the visual motifs of these films, you’ll appreciate them on a completely different level.

First – what is a motif?

In narrative stories, a motif is a recurring symbol or metaphoric idea that appears throughout a work.

Mostly, motifs are thematic metaphors that are represented in a visual or auditory way – think about the green light in The Great Gatsby or the conch shell in Lord of the Flies.

Motifs show up in the form of a single object that is seen repeatedly, like an old church that deteriorates over time, signifying a character losing their faith, or multiple occurrences of the same type of object, like clocks mentioned throughout the work, meaning time running out.

Motif in film in particular.

Motifs are a distinctly powerful creative tool when used in films as well.

Where the theme of a particular story is more abstract, a motif can bring the abstract into focus with a repeating visual metaphor.

In this way, motifs can be used more to highlight the overall theme, or can even be used to indicate specific thematic qualities of specific characters.

How to spot Motifs in a film

Motifs in a film can show up in different ways.

For example, they can show up as physical objects hidden in the frame, or a certain style of shooting a character that hides their face in shadow to symbolize their dual nature.

Motif even shows up in the costume design, like a cool and calm character symbolized by always wearing blue tones, while a rambunctious, fiery one is wearing red.

This is especially true of musicals. The underlying chords of different songs sung by the same character repeat, as Youtuber Howard Ho demonstrates in this video about the filmed version of the Broadway play Hamilton:

There are many different ways to incorporate motifs in a film, but because film is such a visual medium, let’s look at how some of your favorite directors use visual motifs in their movies.

Famous examples of motifs in film

Here are some examples from brilliant directors and how they use different types of motifs in their films.

Stanley Kubrick was one of the most methodical and perfectionist directors of all time – sometimes to a fault, according to some who worked with him.

That methodical perfection, however, led to some incredibly thoughtful work.

A good example is an act of eating as a visual motif throughout one of his most famous films, 2001: A Space Odyssey, showing the connection between the apes at the beginning of the film and the human astronauts – drawing a correlation between the two as they connect to the theme of evolution.

The use of moonlight in the film Moonlight

One fantastic atmospheric motif present in the film Moonlight by director Barry Jenkins is the use of moonlight to show the places where black men can be emotionally vulnerable.

Moonlight is always present when the main character, Chiron, can honestly confront his vulnerable side.

Barry Jenkins’ unique and artistic visual aesthetic was cemented in this film and has gone onto define his other work so far.

Luckily for us, he’s early in his career, so he’ll be one director to watch. Check out these stills from the film below and watch the trailer (or even better – watch the movie) below.

The use of oranges in The Godfather

As you may have noticed, oranges show up as a symbolic motif often throughout Francis Ford Coppola’s The Godfather trilogy, almost always right before someone dies.

According to the theory I believe, courtesy of This Ruthless World, this motif of oranges is likely representative of Corleone’s old world, Sicily, with all its blood feuds and “honor code”, showing up in the new world of America.

That’s why you always see the Mediterranean fruit right before someone gets killed. As Ruthless World writes, “We can leave behind everything but ourselves.”

The appearance of desks in every Coen Brothers movie!

In film theory, the term “auteur” director is thrown around a lot, but if you’re unfamiliar with the term, it refers to “a filmmaker whose personal influence and artistic control over a movie are so great that the filmmaker is regarded as the author of the movie.” (Source).

While all of the directors on this list would qualify, two with the most distinct stylistic “auteur” nature would be the Coen Brothers.

As part of that auteur nature, the Coens use recurring visual motifs that appear throughout their filmography – in particular, the symbolism of a desk represents power or authority their protagonists need to overcome, or as illusions of power.

There’s a great breakdown of this recurring motif throughout their work from StudioBinder here:

There’s even a website that tracks every character sitting behind a desk in the Coen Brothers’ filmography! Here are a few examples:

Andrea Arnold is an incredibly talented director who might be more well-known for her television directing (Big Little Lies, Transparent) than the feature films she directed, but her work American Honey is a film you should know.

The film is an incredibly underrated and underseen visual masterpiece that tells the story of a teenage girl who ends up on a road trip with a lawless group of traveling magazine sales crew as they party and crosses the Midwest together.

Throughout the film, there are images of the main character named Star interacting with animals.

She usually finds them trapped in some way, symbolizing her lack of connection and feelings of being trapped by different versions of society.

All this culminates with her freeing a bee, following a turtle, and coming face to face with a live bear – accepting her free nature.

The power of filmmaking driven by motifs

For my last example, I want to touch on the film The Matrix.

A ton has been written about the visual symbolism and motifs present throughout The Matrix trilogy, written and directed by The Wachowski siblings, so much so that you’re probably pretty familiar with terms like “red pill” or the symbolism of character names like Morpheus, Neo, Cypher, and Trinity.

Basically, the whole Matrix trilogy is one big metaphor – and everything that recurs throughout the three films works to further that metaphor through motif.

Whether it be the recurring dialogue about free will vs. destiny, the symbolism of replicating selves personified through Agent Smith, or the green filter overlaying everything inside the matrix world, The Matrix films, especially the first one, is a masterclass in motif.

Oh, and here’s a fun twist – if you didn’t know, The Wachowski siblings also used identity-shifting motifs to hint at their trans-identities long before they transitioned publicly.

Here are just a few images to celebrate the film’s unique visual style that has been imitated many times throughout the years following.

Pay special attention to how they use the color green as a motif to show when the characters are inside the world of the matrix!

How to use Motifs in your filmmaking

You can borrow plenty of ideas from the above examples, but I have one tip for you on how to best think about incorporating motifs into your filmmaking work.

When setting out to create your film, whether you are writing the story yourself or translating someone else’s script through cinematography or directing, think about how you can hide the thematic ideas at play in your story with visual, sensory, or auditory motifs.

Ask yourself these three questions:

I like to think about Ernest Hemmingway’s iceberg theory – think of your storytelling as showing only 10% of the story above the surface – just the details – while 90% of it is beneath the surface, told through the imagery, symbolism, and motifs present throughout the film.

That implicit meaning behind your story can be told through the motifs you layer throughout your film, leaving the audience to do the work of putting it together themselves.

This is what makes great works so fun to rewatch – there’s so much there under the surface just waiting to be discovered!

2 thoughts on “Motif In Film Explained (With Examples)”