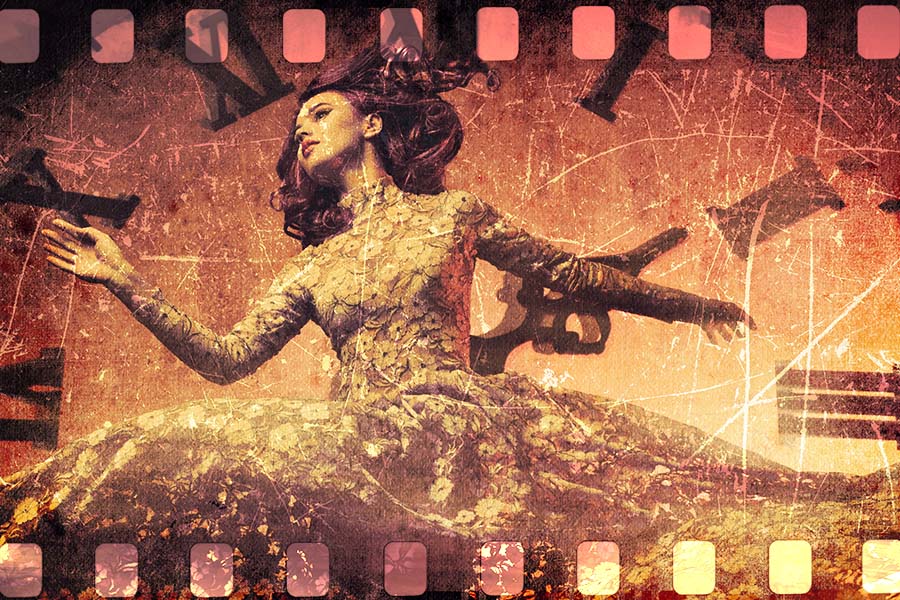 Have you ever wondered how long does it take to make a movie?

Movies have varied production lengths, oftentimes for reasons outside of the control of the production team. However, analysts have discovered the following trend:

So how long does it take to make a movie from start to finish? If you break 871 days down into years, it takes the average movie 2 years and four months from announcement to release.

To learn how long does it take to make a movie on average, this analysis was conducted with the data from over 780 films released in the US between 2006 and 2016 and covered the timeline from when a film is announced publicly all the way through its inevitable release.

Keep in mind, that’s not taking into account how long it takes for a writer to write a script before it gets optioned by a studio, which can take many more years of development if it’s a script written on spec.

The pre-production stage for fantasy movies takes the longest at 189 days on average due to the world-building requirements, while romance movies took only 92 days in pre-production. This could be because romance films are driven primarily by the leads and their popularity with the general public. The quicker you can mount a romance film with two popular actors, the better.

In production, the fastest films to complete are horror movies at 81 days. This is because horror films are typically very low-budget (and every day of production can cost hundreds of thousands if not millions).

Plus, the thrills and chills horror films provide are usually made with practical effects, camera eagles, and slick editing rather than visual effects. In contrast, the longest films in production are action-adventure movies at 133 days due to the vast action sequences that take days or even weeks to mount and produce.

As for post-production, visual-effects heavy fantasy films take the longest to finish, while horror movies finish faster – but surprisingly, not by as much as you would think. This is probably due to the fact that films are never “finished” by their creators, they just have to eventually be handed over for release.

Films with the shortest production timeline

Now that’s not the fastest time a movie has ever been completed. The film with the fastest production timeline goes to the Tamil film Suyamvaram, which was filmed in 23 hours and 58 minutes between April 5th and 6th of 1999 and released on July 16th, 1999. In total, from its announcement in January 1999 to its release in July, the film took about 180 days.

The film was the brainchild of producer Giridharilal Nagpal and employed 19 directors and cameramen who each directed their own portion of the film within hours of one another. They shared 45 assistant directors and 36 assistant cameramen between them across 15 film units.

Another Indian film, Sugreeva, was shot within 18 hours by 10 directors but lost out as the shortest film ever made because it took longer to be released to the public.

Movies with the longest production timeline

By contrast, the longest film to be in production before its release is the Orson Welles film The Other Side of the Wind, which was in “production” for 48 years between 1970 until its completion and release in 2018.

Auteur filmmakers like Jim Jarmusch and Richard Linklater have dabbled in exceptionally long production timelines: Linklater famously filmed Boyhood over 12 years as its stars grew up and would film for three to four days a year every year, and Jarmusch filmed the first segment of Coffee and Cigarettes in 1986 then finally finished the rest in 2003 for a timeline of 18 years.

The Star Wars fan film 5-25-77, which is about actual Star Wars fans and not a fan-made film featuring Star Wars characters, took 13 years to finish after production began in 2004 before it screened at an official premiere in 2017. However, the film has still not been released to the public.

Plus, James Cameron’s sequel to the smash hit Avatar tentatively titled Avatar 2 has been in production for 12 years, though principle photography only began seven years after the announcement in 2010 and concluded in 2020. The film will be released in December of 2022, which will give it a 13-year production timeline.

The film series Harry Potter might have the longest consecutive production cycle of any series with the same cast, as pre-production began in 1999 after author J. K. Rowling sold the film rights to Warner Brothers and the final of eight films were released in 2011; 12 years in total. Source: Harry Potter and the Deathly Hallows Part 2 on Film-Grab.

Check out the best Harry Potter Inspirational Quotes from the movies here.

However, the Marvel Cinematic Universe began in 2008, which makes it 13 years old. While many of the same cast cross over across films, it doesn’t hold the same consistency as the Potter films.

However, the longest-running film series with the same actors could be Star Trek, Star Wars, or Rocky. The original Rocky came out in 1976 and Sylvester Stallone has played the titular character in every film through Creed II which came out in November 2018. That means Sylvester Stalone played the character for 42 years.

Mark Hamil and Leonard Nimoy have played Luke Skywalker and Spock since their franchises’ first films in 1977 and 1979 respectively. Mark’s last on-screen appearance as Luke was in Star Wars: The Rise of Skywalker in 2019, which also put him at 42 years in the role. If you count his appearance in The Mandalorian TV series in 2020, that would put him ahead of Stallone by one year to 43 years.

In Nemoy’s case, he might hold the title as the longest starring role, since he’s played the character of Spock for 49 years from the original Star Trek pilot in 1964 until Star Trek Into Darkness in 2013.

As for the longest-running film franchise of all time, that goes to the Godzilla films which began in 1954 and continued until 2021’s Godzilla vs Kong. This means Godzilla is 67 years young.

While you might think the title should belong to the James Bond franchise, the first film was released in 1962, which makes the series 59 years old. However, the series has had multiple actors play the lead, which disqualifies it from the above comparison.

This one might surprise you if you didn’t know it, the first Spiderman movie was not Tobey Maguire’s 2002 film, but the 1977 made-for-TV film Spiderman, which makes the franchise 43 years old.