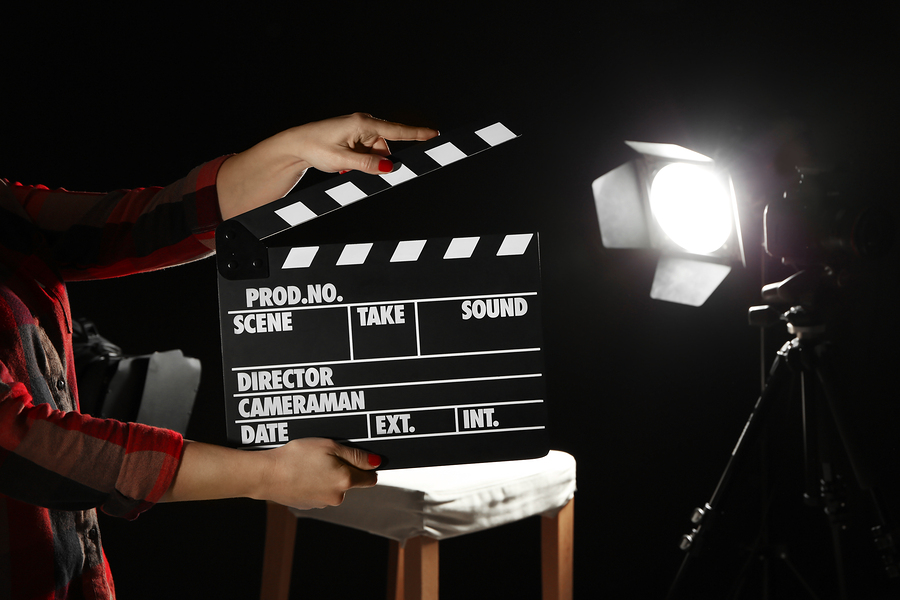 When we think of tools in filmmaking, our minds invariably stray to the most common gear: cameras, lenses, lights, sound gear, makeup, costumes, etc.

We know who is responsible for the use of this gear, too. Directors of photography use the camera, lenses, and other visual equipment; lighting department handles the lights; sound the sound gear and so on.

But, what does the image of a director conjure up? A person in a chair, hands raised informatively, imparting their ideas and choices to everyone else, commanding the set like some type of modern filmic royalty. Indeed, tools are not generally associated with directors at all.

So begs the question, does a director use any tools for filmmaking?

In fact, yes. There are a handful of essential tools that can greatly assist a director in doing their job. Seven things that directors should always have with them when working are storyboards, a shot list, a director’s viewfinder (app versions like Magic are ok!), a DSLR, a wired or wireless monitor, a light meter (real or app), and an annotated script, of course.

Let’s break down in more detail why these seven tools are so imperative and what they are used for exactly, starting with…

Essentially comic-style breakdowns of shot selections, storyboards are an integral part of visualizing your film before it’s shot.

Storyboards help both the director and the director of photography by laying out camera placement and movement, actor movement (blocking), and light position and placement.

A great tool for creating storyboards is the program, Storyboarder. Storyboarder is free and opensource and allows you to quickly and cleanly draw boards for your film. It has space for dialogue and shot type as well.

Even better, the software works in tandem with Photoshop, allowing you to fine-tune in PS and see your edits appear in Storyboarder. And the cherry on top: you can export your boards to PDF, Premiere Pro, FCP, AVID, or GIF.

If drawing the old-fashioned way puts you off, check out the app Celtx Shots. It’s free for iOS and syncs directly with your screenplay if you used Celtx to write it. Celtx Shots lets you create multi-shot storyboards with a library of stock photos, or you can import your own drawings and work on them directly.

You can also use it to block camera and lighting within your boards, and the app boasts a feature allowing you to view your storyboards as animatics.

Similar to, but not the same as storyboards, a shot list is a simple list of the shots you need to cover for each scene before you can move on.

Generally prepared by the cinematographer, a shot list works in tandem with storyboards and helps you keep a handy checklist of the shots completed and those still needed.

In the long hours on set, it’s easy to lose track of that one insert shot you left for last, or that quick reaction shot that requires its own camera setup. Shots like that are simple to miss, but big problems when you get to the edit and realize you never got them.

A shot list will keep you on track to get all the coverage necessary for each scene of your film.

This is that funky-looking lens contraption you see all the big-shot directors squinting through like pirates looking for ships to plunder.

A director’s viewfinder like the Cavision VFTW-11X pictured above lets you frame a shot with different focal lengths and aspect ratios. This is very useful for framing a shot without having to shift the entire camera setup just to see how the shot would look.

All you have to do is align the settings to match that of your camera, and you’ll get a fairly accurate representation through the lens of your viewfinder of what the framing of a shot would look like through your camera. This is very useful for planning your future shots.

Here’s the rub. Viewfinders can be quite pricey. Luckily, there is one that requires no money down from you.

Magic Viewfinder is an app available for free on both iOS and Android devices. The app uses your smartphone camera and lets you make focal length and aspect ratio adjustments as needed.

The only downside is that Magic has released a separate app for each camera brand it emulates. So, you’ll have to download the correct version to most closely mimic the camera and sensor you’re using.

Currently, Magic Viewfinder has apps for Sony, Canon, RED, Blackmagic, Lumix, Arri, and Nikon. Whatever you’re shooting on, they’ve most likely got it.

While it’s understandable that you may not have the time on set, a DSLR is a good idea for rehearsals and photographing the set itself for continuity’s sake.

If you have the opportunity to rehearse before shooting, and, even better, to rehearse in your location, then it’s beneficial to film your rehearsals. You can use these clips as a reminder regarding actor blocking and emotional beats once you get to set.

The other use for DSLRs is for photographing the set. As an indie film director, you’re most likely not going to have a script supervisor, so photographing the set before shooting takes can assist with catching continuity errors and making sure everything looks as it should from take to take.

Also, using your DSLR during different camera setups can be a useful endeavor for monitoring how things like eye line play from shot to shot. Take a photo from Camera Setup A, then take on from the position you’re thinking for B and see how the eye lines and framing play from one to the other, all without having to move your main camera.

If you’re looking for a budget-friendly DSLR, you can also use for video, we recommend that you read our guide Best inexpensive entry-level video cameras.

As the director, you need to see how your scenes are turning out. This doesn’t mean watching your scene unfold in-person like a stage play, nor does it mean bulldozing your cinematographer’s personal space to see the tiny camera monitor like a nightclub dudebro crowding random girls at the bar.

Be professional and get yourself a monitor.

With a monitor hooked directly up to the camera, you can find yourself a comfortable place out of the way, and, best of all, you’ll be seeing what the camera sees, the way it will eventually be viewed by your audience. What better way to judge how your shots are turning out?

Some monitors such as the Atomos Sumo 19″ even have the option to load pre-set LUTs, which you overlay on the footage to give you an approximate look, furthering the representationalism of your monitor as a movie screen.

If you can, rent a wireless monitor and a broadcast pack, hook it up to the camera, and then you can literally set Video Village up anywhere you like without worrying about pesky cords and tripping anybody up.

If not, then any relatively modern computer monitor will do, as most cameras have HDMI ports nowadays and can be hooked in directly. The only constraint here is the length and awkwardness of the cord as you move camera setups.

This one might cause some debate. Light meters measure the intensity of light on a subject in a measurement called footcandles.

While these are generally used by the director of photography or the gaffer to figure out how high or low to set the camera f-stop in order to achieve good exposure, as director, it’s a good idea to have one on you as well.

Though it’s never good to be an over-the-shoulder cameraman, constantly checking your director of photography’s work like an overbearing teacher, having your own light meter on set can be beneficial.

It may help you discuss lighting and camera options with your DP and assist in staying more informed about necessary camera changes and why they’re happening.

Why is the DP taking time to stop down and shift the light a little off your actor’s face? You check the light meter reading and find it coming in a bit hot. You’ve answered your own question and haven’t slowed down anyone else with it.

It’s always good to be as informed as possible, and your crew will appreciate your understanding of their process and their work.

Light meters come in all shapes and sizes as well as price ranges. A good option is the Sekonic LiteMaster Pro L-478D-U Light Meter, which offers a lot of great features.

There are also some free alternatives in the form of apps like Light Meter for iOS.

Light Meter the app uses your iPhone camera to measure light intensity and provides you with the best shutter speed, aperture, and ISO settings for a correctly exposed shot. While arguably not as accurate as a real meter, it works for an approximate reading.

As a director, you should have pored over your script multiple times before the shoot—in discussions with the screenwriter (unless that’s you, too), in rehearsal with the actors, at the desk of your day job, etc.

Storytelling through filmmaking affords us the opportunity for emotional, surprising, and in-depth beats within a story. Marking these moments in the script ensures that you will remember to reveal them while shooting.

Annotating is also a great way to cement collaboration. Your actors improvised a great character action during a specific line of dialogue in rehearsals? Mark it down in the script to bring back during the shooting. You just realized a whip pan would be a great accent to a character realization? Mark it down so you can tell your DP.

You just realized a whip pan would be a great accent to a character realization? Mark it down so you can tell your DP.

Script notes serve as inspiration, reminders, and informed digging into the subtextual meanings of the scenes in your script. All of these are necessary to you as director, so scribble away.

Got All Seven? Go Make that Movie!

With these seven tools to augment your directing and make your life on set easier and more efficient, you’ll be in a prime position to direct the hell out of anything that comes your way, be it feature, short, or commercial. Whatever it is, count to seven and you’re good to go.

If you want to learn some film directing basics you should read our article on how to be a good director.

Do you have some indispensable tools of your own you’d like to add to this list? Let us know in the comments below!

5 thoughts on “Seven Essential Tools Every Director Should Have”