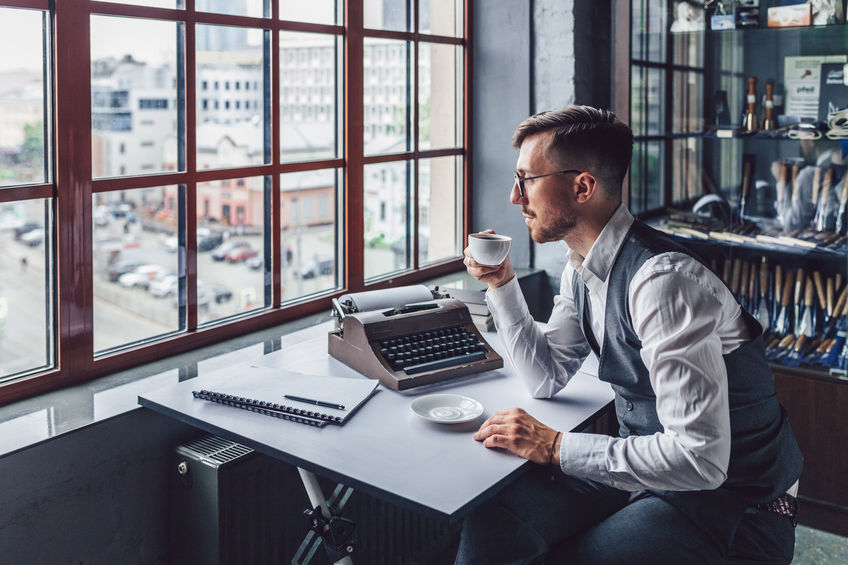 As an aspiring screenwriter living anywhere outside of Los Angeles, you’ve probably asked yourself this question: do you have to move to LA or New York, or can you pursue your career from anywhere? In other words, where should a screenwriter live?

A screenwriter does not have to live in Los Angeles or New York to pursue a writing career. However, most deals are done in those cities because that’s where most of the big studios and buyers are located. Also, networking is easier if you live there. If you don’t live in LA or NY, you’ll need to be prepared to fly out for meetings to sell your scripts.

Pretty straight forward, but we’ll dig into the details and share all the pros and cons of living in and out of the big production hubs below.

I live outside Los Angeles or New York; should I move?

No. At least, not right away anyway. With sky high rents plaguing both cities, I can’t in good conscience recommend dropping everything and moving to Los Angeles without being prepared.

That said, there’s a lot of value to moving to LA or NY, which we’ll get to in a moment.

If you have never written a script before, or you’ve only just started your screenwriting journey, I highly recommend staying exactly where you are unless you are moving for school or a job.

There are so many online resources available to you to read, write, and learn about screenplays that unless you are getting a formal education in the craft or applying to a job to work in the film industry, it makes sense to write from home as long as you can.

Caveats of writing screenplays from home: you need to work with other screnwriters

This advice comes with some caveats, of course.

For starters, don’t think that you can write one screenplay with no experience or education and think you’re ready to move.

And don’t think you can write a hundred screenplays that no one has ever read and think you’ve put in your ten thousand hours and are now a screenwriting master.

To get better at screenwriting, you need to share your work with others; particularly, other writers or industry professionals who know what good writing looks and sounds like.

When you have working writers (or even aspiring writers with formal training) who have excellent taste reading your material and giving you notes, as long as you listen to the advice you get, you can’t go wrong.

How do I meet other screenplay writers from my hometown?

Online networking. There are tons of groups on Facebook and Twitter specifically that organize to help connect and introduce writers to one another.

These groups are usually run by working writers who want to help others get better by offering feedback or tips on where to get help.

You can also network locally and see if any aspiring or working writers live in your area.

Still, unless you’re living near a central hub like New York or Los Angeles, you’d be better off going broader and find the best online screenwriter-specific groups regardless of their location.

What other options are there to get my work read?

There are also paid services you can use to get formal feedback known as coverage on your screenplays.

Coverage is a document the reader fills out after reading your script that grades how much they liked the script alongside opinions on what the writer could change to improve it.

Studios use interns and professional readers to cover screenplays all the time, even covering screenplays from professional writers, so the studio heads and development executives don’t have to waste their time on scripts they’re not interested in.

You need representation no matter where you live.

To make a living as a screenplay writer, it will take more than having good scripts. What you need is representation.

Representation is a manager, agent, or lawyer who can represent you and your material when you try to sell it to a buyer, be them a studio, producer, or production company.

Does a screenwriter need to move to Los Angeles or New York for representation?

No. At least, you don’t have to, though it can certainly help.

We’ll get into why moving helps in your search for representation a little later. For now, let’s continue the trajectory of trying to find reps from your hometown. While it’s plenty difficult, even if you live in Tinseltown, it’s still possible.

For aspiring screenwriters not living in Los Angeles, the type of representation you will want the most is a manager.

Managers help develop a writer’s career, providing them with valuable feedback on their screenplays, e.g., input on the specific draft or what screenplays to pursue from an industry-focused standpoint.

Also, managers help set their clients up with meetings with potential buyers or producing partners.

How can a screenplay writer get a manager if they don’t live in LA or New York?

One of the best ways is to place in big contests and fellowships run by organizations like Nicholls, Sundance, Screencraft, Tracking Board, or Final Draft.

Not every manager will read scripts that place in these competitions, but there are plenty who do, as it’s a great way to get vetted material from new and up and coming writers delivered directly to them.

These companies connect managers with your screenplays for coverage or direct one on one conversations.

Just because a manager reads your material or meets with you through one of these sites doesn’t mean they will represent you. But it does give you valuable feedback for your money and puts you on their radar.

Some managers will accept query letters while others do not.

Make sure you are careful and considered when drafting your query letters, and only send them to managers or management companies that openly accept queries.

Can I live anywhere once I have a manager?

If you are read by a manager and they decide they want to sign you, you may feel eager to hop on a plane to LAX or JFK to start taking meetings.

While moving to one of the main film cities would make it easier for when you are ready to start taking generals or pitch meetings, I would still advise waiting until you land your first job before moving.

And I’m sure most managers would recommend the same.

Just because you have a manager does not mean you are guaranteed work – far from it. Most repped writers are unemployed – which is why managers have so many clients – to keep themselves paid!

Your manager can most likely coordinate any meetings around a time that you can make the flight out to the city. In fact, they might be able to use your limited availability to their advantage when trying to get meetings set up, especially if you have a hot sample that’s caught the attention of many eyes in town.

Why should I move to Los Angeles or New York as a screenwriter then?

The main reason to move to LA or NY is simple: screenwriters benefit from living where scripts are bought and sold.

If you can take a meeting anytime and anywhere, then you have more access.

If you know people who live and work at the studios or production companies developing and buying material, then you have more access.

If you can get opportunities to work on more productions to network and meet people who can connect you to other people, you have more access.

This access is a huge barrier for most people, even still today, with so many online resources available to you.

That said, I want to preface the above with a reminder about a key phrase I mentioned at the beginning of the article: you should move only when you are ready.

You don’t need a manager before you move, but it helps!

You don’t need a few finished and polished scripts before you move, but it helps!

You don’t need to land a paying job before you move, but it helps!

If you had to choose between the two, I suggest you focus on your craft first and networking second, but if you can, doing both at once is the best scenario for success.

Atlanta has become a big hub for a large portion of the industry. Because of this, the city is sometimes referred to as “The Hollywood of the South”

This is in no small part thanks to Tyler Perry, Turner, and the EUE/Screen Gems studios basing their operations out of the city.

Thanks to some lucrative tax incentives passed in 2002 and 2008, big productions from Tyler Perry and shows like The Walking Dead have solidified the city as a bastion for those working in production outside of the two main film industry locations mentioned above.

If you need any more convincing, multiple Marvel movies were filmed out of Atlanta, including the Avengers titles Infinity War and Endgame.

If the most successful studio working today is shifting production to Atlanta, it’s definitely a city worth your time and consideration.

As an established screenwriter working in features, you can pretty much live wherever you want as long as you are available to fly out to one of the big three cities for meetings.

Still, Atlanta is a great city for working and networking in person if you want to work in production.

Let’s say you don’t have any connections or previous experience, and you want an opportunity to work on set on some of the biggest productions out there.

Atlanta could be a great place to move to and apply for entry-level crew positions as a production assistant.

That said, if you are a screenwriter looking only to write and have no interest in working on set, you can write your screenplays anywhere you want.

But being dialed into the industry, knowing how sets work, and having connections to actual working talent and crew can make all the difference when trying to write great material and get that material read.

I’ve covered how you can use production experience as a way to get hired as a screenwriter more in-depth in How To Become A Screenwriter For TV Or Netflix?

A screenwriter should live wherever they can comfortably write. It’s expensive as hell to live as a struggling writer. Moving to one of the most expensive cities in the country doesn’t help.

Many writers, particularly from underserved communities and underprivileged backgrounds, are kept out of this industry by the requirement of access to gatekeepers behind gilded gates, all congregating in one of three congested areas with astronomical rent prices.

If you can’t afford to take an unpaid internship or a minimum wage set job and survive in the city, your chances of getting that access become heavily diminished. It’s why the above the line levels of the industry has been so homogenized for so many years.

If you can keep writing and learning and honing your craft at home, do it. If you can get a good-paying job working in the industry that makes the move worthwhile, do that too.

Suppose you can secure a top tier manager with an award-winning script that then gets you paid for your writing without ever leaving your bed; who am I or anyone else to tell you different!

2 thoughts on “Where Should A Screenwriter Live?”