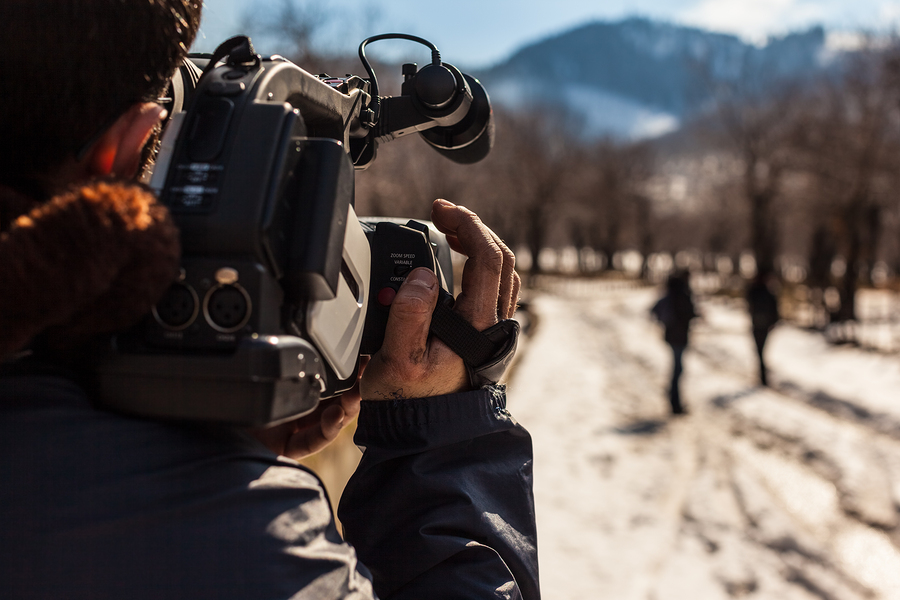 Documentary films are an essential genre to master if you want to portray reality as it is. And the possibilities for picking a topic are endless. In its essence, documentaries hold all the lessons about human nature.

Filming a documentary can teach you a lot as a filmmaker.

And did you know that there are a lot of subgenres that exist under the documentary genre?

In this article, we’ll dive into and describe seven important documentary film genres that you need to know.

Read this article, pick a couple to watch within (we have some suggestions) each genre and see if you get inspired, and then go out shooting your own!

Travel documentary can be present in many forms – film, online series, television programs, et cetera. It is a type of documentary that portrays travel and presents spectators with the culture, customs, geography, food, and many more unique traits of a particular country or region.

Usually, there is a leading person, who travels and is present on the screen, or narrates and leads the coherent story.

Travel documentary often has the primary goal of making spectators familiar with other cultures and geography. There also is a great significance of seeing and understanding how and what people think about their country and the ways that these people are interviewed – it’s another form of art by itself.

Nowadays, a big part of social media has been dedicated to discovering and sharing beauty in the world as well as documenting travels. If you are interested in creating something of a similar nature, you should explore more of this genre. You might discover something new and surprising.

Travel documentary is such a huge part of the documentary world that many countries have their travel documentary creators and it might be worth watching their films. Again, it is always good to know about the film industry in your country.

However, one of the most notable travel documentaries that everyone should at least know about is Around the World in 80 Days (1989) created by Michael Palin.

It is a BBC travel series, based on the novel of the same title. In the film, the journey was made by using the same routes as in the book. To this day, it is considered to be one of the best travel documentaries ever made.

Another great travel documentary film to watch is Encounters at the End of the World (2007), a film by a world-renowned filmmaker Werner Herzog. It is a powerful film, in which the filmmaker has traveled to the McMurdo Station in Antarctica to explore all the secrets and beauty hidden there. The extreme conditions and amazing shots make it a film that everyone should watch.

Similar to travel documentary, nature documentary consists of, obviously, nature and animals, or other non-human creatures, usually (but not necessarily) in their natural habitat. Most of them are made into television series. However, there are many films made for the cinemas too.

Most of these types of films focus on place, species or a scientific idea. Although a big part of them have an educational purpose, there are plenty of documentaries that are made just for the pleasure of viewing. Not all of them have an on-screen presenter, and some of them lack voiceover as well.

Watching nature documentaries is a good way to relax and unwind, but they also tend to have great color grading, beautiful shots, and views that are unbelievably stunning. Truly the best way to relax and learn a great deal about the world we all live in.

One of the best – known nature documentaries that are often cited in today’s media is Planet Earth (2006), created by Alastair Fothergill and famously narrated by David Attenborough. It features amazing 4K footage, intriguing commentary, and impressive shots, which have hypnotized the viewers all across the world. Love nature documentaries or not, give this one a try, even if it is to understand what all the fuss is about.

Ethnofiction is a genre of film that combines both – documentary and fiction.

You can distinguish ethnofiction from other types of documentaries by 1) it has a created narrative, and 2) it features characters, that are often portrayed by the native people, who play their roles as a part of being in a social or ethnic group.

There is a theory that it is nearly impossible to get accurate footage of such natural ethnic narratives, as the presence of a camera will interrupt them one way or another. However, if the natives have a role to play, such as being themselves and doing their daily duties, the camera becomes a part of it all, as well as the person behind it,  can get involved and get better results.

Some good examples would be Moana (1926), created by one of the fathers of the documentary genre – Robert J. Flaherty. When making the film, Flaherty and his family lived in Samoa for more than a year.

Flaherty went beyond just observing and filming the life of the people in Samoa. He has also staged and re-enacted the scenes of the rituals and exotic practices, which have, in some cases, been obsolete by that time.

However, the fact, that he managed to show and preserve these practices on film earns this film a title of ethnofiction and docufiction.

The main premise of docufiction is the introduction of unreal events or fictional situations into the narrative to strengthen the portrayal of reality. Docufiction employs the use of creative expression as a part of its genre.

This might sound an awful lot like ethnofiction (and they did, in fact, evolve around the same time), but docufiction has its distinctions.

To clear this up a little bit – not all the docufictions are ethnofictions. Docufiction is practically the same as ethnofiction, except that it is not-ethnographic.

A good example that everyone interested in filmmaking should see is On the Bowery (1956), directed by Lionel Rogosin.

The film focuses on the small group of real-life residents and alcoholics, who lives in New York’s skid row which was then Bowery. Three days of their lives are depicted, as they try to uphold a life by lying, stealing, and drinking in the bars of Bowery while dreaming of a better life elsewhere.

On the Bowery was nominated for an Academy Award and to this day it is critically acclaimed. It has also been selected for preservation in the United States National Film Registry as being “culturally, historically, or aesthetically significant.”

Docudrama shares some similarities with docufiction, but has a strong staged element of drama. This might be an ideal genre for the lovers of an intriguing documentary.

This genre usually prevalent in a wider variety of formats than the latter genre – radio and television programming, and feature film are all appropriate and popular formats for this filmmaking style.

The main difference between docufiction and docudrama is that while docufiction is staged at the real time of the events, docudrama is always filmed subsequently. If you are a fan of docufiction, you might like this genre a lot too.

To give a better example of what this genre is, crime film Goodfellas (1990) directed by Martin Scorsese, can be categorized as a docufiction film.

Goodfellas is based on the non-fiction book Wiseguy, written by Nicholas Pileggi, who also co-wrote the screenplay with Scorsese.

The film portrays the metaphoric rise and fall of a real person – criminal Henry Hill. The level of accuracy and the fact that the film was made to portray the lives of those leading the criminal lifestyle in 1955-1980, is what makes it a docudrama.

We all know what the Reality TV genre is about. The reality films are a result of the genre born out of reality TV-shows, which often fill prime time of your local television channels.

In reality films, there is a pre-determined situation created for a group of participants. The “reality” part of the show, is how the participants react to the setting, the challenges presented and each other, all while being filmed.

There is a big debate, whether you can classify reality film as a form of documentary. On the one hand, the producers can take away whatever controversial footage they have and leave it out of the screens. This will alter the viewer’s perception of the project and people in it; therefore, it will not be a clear depiction of reality.

On the other hand, it could be argued, that reality films reflect reality. After all, it is unscripted; viewers can see the actual behavior of the participants.

It is safe to say; there are many reality films that do qualify as documentaries. A good example would be Andy Warhol’s 1966 film Chelsea Girls, where he recorded his drugged-out conversations with other stars and artists. That was one of the early examples of reality films, and Andy Warhol has contributed a lot to this genre.

This might come as a surprise for many, as it did for me. It is, as the title says, a genre that combines animation and documentary.

The first notable example dates back to 1918 with the Winsor McCay’s 1918 12-minute-long film The Sinking of the ‘Lusitania’, which uses animation to portray the 1915 sinking of RMS Lusitania.

Animated documentaries are still being produced. For example, it is a very good way to introduce documentaries into the classrooms – with the twist of animation; it may interest many more students than other types of documentaries normally would.

For the longest time, this genre was only made in shorter formats. With the technologies advancing and filmmakers becoming more curious and experimenting, this format eventually grew into feature films.

In 2008, the Oscar-nominated Israeli film Waltz with Bashir, directed by Ari Folman, was advertised as the first feature-length animated documentary. It is a film about war, and it depicts Folman searching for his lost memories of him being a soldier in the 1982 Lebanon War.

Waltz with Bashir was acclaimed by many critics and is a must-watch for any documentary lover.

Whether you are a fiction filmmaker or a Youtube vlogger, it is always worth exploring the documentary genre.

Documentaries encapsulate so many qualities and techniques that every video maker can benefit tremendously from.

The documentary filmmaking genre has a vibrant history, and it has contributed to a lot of new subgenres.

Which documentary genre is your favorite? Let me know down in the comments along with your favorite films – I, too, would like to explore more!

Check out other great articles that we have, such as https://filmdaft.com/how-to-get-great-interviews-on-camera/. It is a must-read for every documentary creator who wants to get great interviews on camera.

Greta Linkeviciute is a Writer/Filmmaker who aims that every film she works on challenges the viewers to think independently. When not working on films, she writes about films & filmmaking, traveling, and works on film photography projects.
Instagram: https://www.instagram.com/eatgreens_/