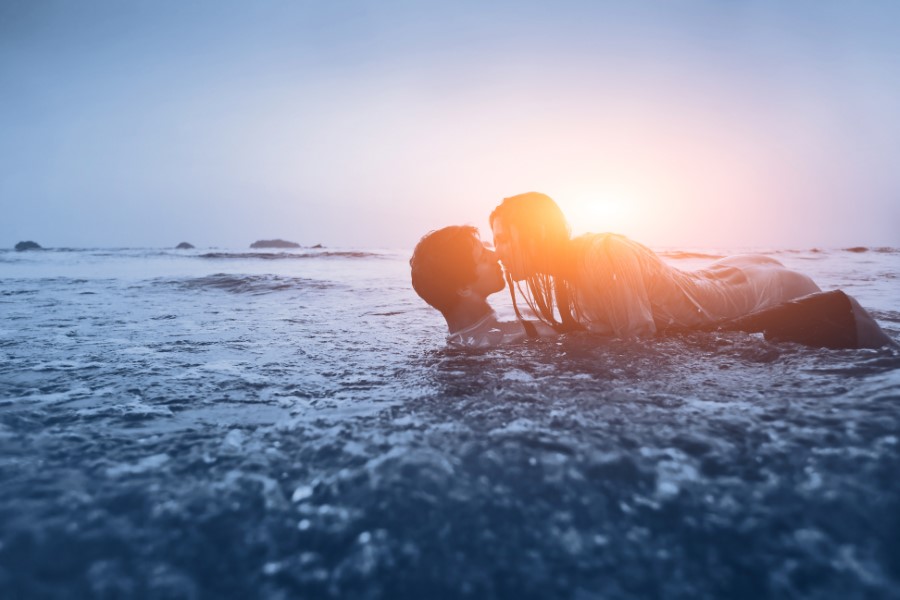 You ever watch an intense sex scene in your favorite movie and ask yourself, how are they comfortable doing “it” on camera?

The honest answer most of the time is: they’re not. Performing sexual acts on camera can be as meticulous as a highly choreographed martial arts sequence.

The real question is then, who is making sure the actors are comfortable? For the longest time, directors and inexperienced production teams were responsible for actors’ comfort in sex scenes.

As we recognized with the rise of social movements and exposure of foul play, this is not ideal. Sex scenes require and deserve as much attention to safety, detail, and understanding as any film and television production element.

Enter intimacy coordinators, a professional equipped to understand what’s best for actors and productions in intimate scenes from the touch of a hand or passionate simulated sex.

I’m going to break down the who, what, why of intimacy coordinators.

Whether it’s general curiosity, interest in a career, or hiring a coordinator, we will uncover it all.

What is an intimacy coordinator?

The intimacy coordinator works with choreography, communication, establishing boundaries and sensitivity levels, and collaboration with the production.

These professionals have similar training and backgrounds as directors, stunt choreographers, theater performers, and dancers. However, they are not to be confused with intimacy choreographers who focus primarily on movement and placement.

Following numerous experiences of embarrassment, harassment, and assault, a change in the industry was necessary. Following the #MeToo movement and exposure of sexual abuse allegations, intimacy coordinators became essential in production.

Why are coordinators necessary on set?

In the 1972 Bernardo Bertolucci film Last Tango in Paris, an explicit sex scene involving the actors Marlon Brando and Maria Schneider begs why intimacy coordinators are a necessary component.

According to a 2018 Vox article, Schneider’s experience filming the scene was humiliating and damaging to her career. Her negative experience was challenged by critics and the director until a 2013 interview with Bertolucci surfaced. He admitted that he “wanted her reaction as a girl, not as an actress,” and ultimately, he “wanted her to react humiliated.”

Without an intimacy coordinator, productions have the potential for scandal and speculation.

The controversy over Last Tango in Paris reveals what can go wrong in productions involving without the intimacy coordinators.

Originally coined by the sexual harassment survivor and activist Tarana Burke, the movement took hold of Hollywood when actress Alyssa Milano appropriated it to allegations against big-time Hollywood execs.

An immediate solution called for the presence of intimacy coordinators for scenes that involve any simulated sex, sexual content, or nudity.

Taking the responsibility out of the hands of the directors increases the safety of all the individuals involved. The coordinators work with closed sets, costuming, and pre-production to plan and monitor actors’ exposure, concerns in compliance with their nudity riders.

What is a nudity rider?

The entertainment-industry labor union, SAG-AFTRA, established the requirement of a nudity rider for roles that include “nudity, partial nudity or simulated sexual acts.”

The nudity rider is part of a contract negotiated between the actors, their representatives, and the production stated what the actor would and won’t do on screen.

Intimacy coordinators ensure that productions follow everything within the contracts and riders.

Per the established requirement of a nudity rider, the entertainment-industry labor union set forth expectations for intimacy coordinators on set.

The Standards and Protocols for the Use of Intimacy Coordinators “allow productions to run more efficiently, provide a safety net for performers and establish specialized support that empowers both cast and crew.”

An established intimacy coordinator role is relatively new. Unfortunately, this means there’s a limited amount of good coordinators out there. It can be a nightmare if the wrong, inexperienced coordinator winds up on set.

An example of this nightmare scenario occurred on the Hulu original series The Great with showrunner Tony McNamara. McNamara told The Hollywood Reporter, “it’s such a new role that they’re sort of making it up,” based on his experience with a coordinator and actor Nicholas Hoult.

Instead of minding boundaries and expectations, the coordinator stepped in and mimicked gorillas having sex to drive an unnecessary point.

Pioneer of the intimacy coordinator role in the United States, Alicia Rodis, says, “the greatest threat to this new role is people who may have the best of intentions, but are attempting to break in without the proper training.”

Placing someone in the role who doesn’t have the right experience is dangerous for the actors, productions, and the reputation of the intimacy coordinator industry.

Watch this SNL parody of what could happen if the wrong coordinator ends up on the set hit sexually charged Netflix show, Bridgerton.

There’s no way we could talk about intimacy coordinators without talking about the hit Netflix series, Bridgerton.

The Shonda Rhimes production is a Regency-era London period drama created by Chris Van Dusen based on the sexual Julia Quinn novels.

What you see on screen is nothing close to what happens behind the scenes. What happens is like an “intimacy circus.”

Get the behind-the-scenes information on how all the sexy scenes went down from Bridgerton intimacy coordinator Lizzy Talbot. She speaks to Access Hollywood and dishes all the details on what it’s like to be a coordinator on a hit television show.

Want to know How Sex Scenes Are Filmed In Movies?

HBO became one of the first networks to hire an intimacy coordinator officially. The coordinator was Alicia Rodis on the second season of The Deuce.

There are currently around 60 trained coordinators in the industry based in Los Angeles, New York, and the United Kingdom.

But, who are these professionals? Here are a few:

The Deuce (Season 2, Season 3), Watchmen, High Maintenance (S4), The Undoing, Lovecraft Country, Plot Against America, I Know This Much is True

Rodis is considered a pioneer of the intimacy coordinator role in the United States. She serves as the coordinator for HBO studios and oversees the policy, protocol, training, and vetting of all coordinators on HBO sets. She has a professional background in acting, fight choreography, and stunts performance.

O’Brien is one of the most prominent intimacy coordinators on the scene. Her professional expertise came into significance in recent years, and after the height of the Harvey Weinstein scandal, she introduced the “Intimacy On Set Guidelines.” She’s worked with major networks including Amazon, BBC, Warner Bros., HBO, Netflix.

O’Brien is an intimacy veteran, developing safe practices for actors in scenes involving sexual content since 2014. She is the founder of Intimacy on Set

In this piece from The Guardian, Ita O’Brien breaks down the importance of coordinators on set.

Blumenthal is very active in the intimacy coordinator community. She is the founder of the Intimacy Professionals Association, which trains and connects productions with certified coordinators. She consulted and trained large companies like Sony and Netflix.

She is an advocate for sexuality as a member of the Time’s Up Safety Working Group and PGA’s Independent Project Safety Initiative.

Schachter is an educator, writer, speaker, podcaster, and certified Intimacy Coordinator for film and television. They spent a decade working in theater and visual art and returned to Los Angeles following 2018.

In addition to work in production, they offer self-paced, DIY learning resources, record or live classes, and consulting for corporations, scripts, and individuals.

Hollywood has a problem when it comes to diversity. The low representation of female directors or professionals of color has sparked numerous social movements, callouts, and media coverage on the issue.

If you didn’t notice just from the small handful of popular coordinators, there’s a lack of diversity and numbers.

An example of this problem occurred when Mia Schacter witnessed a white woman director ask two black actors to run his fingers through the other’s hair. The awkward moment led Schacter to seek out additional help from sex educator Cameron Glover.

Glover developed a six-week program on black sexuality that addressed the blindspots of diversity in intimacy training.

So you want to become an Intimacy Coordinator?

To build the reputation and numbers, the seasoned professionals created several programs, workshops, and courses dedicated to training more coordinators for those looking for careers in the field.

If you are interested in learning more about becoming an intimacy coordinator, here are several resources from professionals mentioned before.

Each resource provides certification and courses for people interested in training to become an intimacy coordinator.

Intimacy on Set: Training and Accreditation as an Intimacy Coordinator

The intimacy coordinator position is new and solid information regarding how much coordinators make or their rates is very limited.

According to a posting on media-match.com, a day rate for an intimacy coordinator is $500.

When in doubt, get a professional opinion.

Intimacy Coordinators are a new and necessary profession, bridging the gap between uncomfortable moments, sexual harassment, and inexperienced directors.

The few minutes of simulated sex can take hours or days to film, and if produced incorrectly, can ruin careers forever.

Intimacy coordinators have the qualifications to establish boundaries and ensure the protection of actors, directors, and everyone involved in intimate scenes.

As the world reconciled with its ignorant past, it’s up to Hollywood to continue its progression with recognizing the importance of diversity in talent, and expertise on set in all positions, especially if they’re sexual.