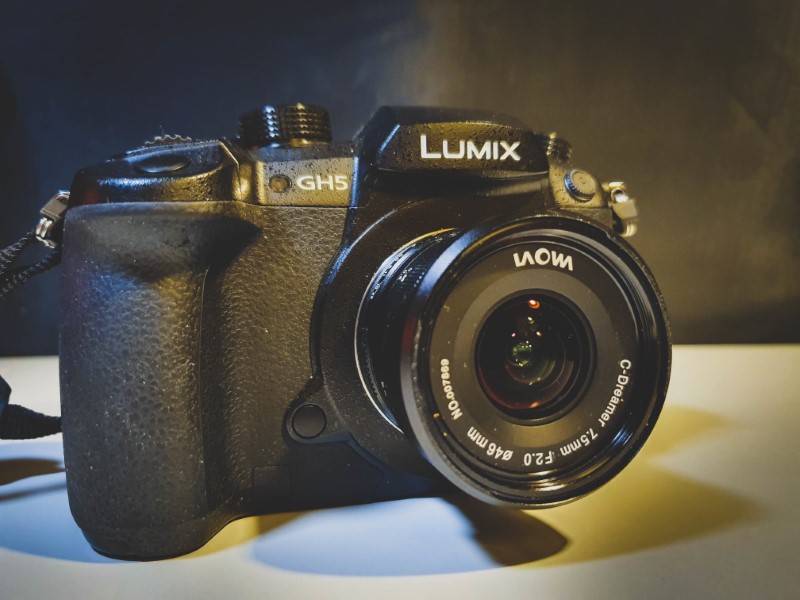 A while back I was tasked with shooting some video and taking photographs for a large Scandinavian tourist agency.

They wanted videos and photos of their sight-seeing buses, boats, and mini-train. And they wanted them to appear in front of famous well-known tourist attractions and sights.

I knew this would be a bit of a challenge because most of the sights in Copenhagen are tall buildings – like churches and the famous Round Tower – and cramped in between apartment houses and office buildings on narrow streets.

And because the boats and mini-train were short, I needed a lens, which could capture both the ground and the top of those tall buildings at the same time.

This is when the Laowa 7.5mm f/2 from Venus Optics drew my attention and proved a lifesaver.

As with all my reviews, this review will take a user-oriented look at the lens, i.e. how is to use in a real-life situation. So if you’re interested in very technical test and pixel peeping, there are probably better sites out there.

As the m43-system has a crop factor of two, it was essential to get a really wide-angle lens to capture both the trains and boats but also the top of the tourist sights.

The problem with most extreme wide-angle though is that you start to enter fish-eye territory.

While a bit of barrel distortion can be really cool for e.g. low-angle shots of cool skateboard tricks shot on a gimbal, for this job it was a no-go since the photos and videos had to have a fairly neutral and professional look for use on a website and in brochures.

I could, of course, have used a camera with a full-frame sensor to combat some of this, but I love my Panasonic GH5 for run-and-gun video and photo sessions like these.

The GH5 is small enough (actually it was smaller than most of the cameras dragged around by the tourists), so I didn’t draw attention to myself when capturing the tourists enjoying their vacation.

Also, the IBIS makes it awesome for run-and-gun situations like these – even when using a fully manual lens like the Laowa 7.5mm.

And the Laowa 7.5mm was the lens I found was widest (it features an impressive 110° ultra-wide angle of view), while still retaining a fairly rectilinear profile, which only needs a minimum of lens correction in post-production.

I know it’s sold as a true rectilinear lens, but that has not been my experience. There’s still a bit of barrel distortion, which needs to be corrected.

Great for Astrophotography and Time-lapses

I also like to shoot time-lapses. So I brought the Laowa 7.5mm and my GH5S with me to Southern Spain to test it out and to see how it performed under low-light conditions such as when the sun is setting and under the starry skies.

First of all, the small sensor doesn’t let as much light in as Full-Frame sensors. And second, MFT-systems most often don’t offer as many megapixels and FF-systems, which means that the tiny star pixels in the sky won’t be as sharp.

But I was curious to see how the Laowa 7.5mm could perform with its incredibly 2.0 f-stop when coupled with the dual native ISO of the GH5S.

And I must say, that I was pleasantly surprised. You can have a look at a video I made here:

I actually had to get used to focusing this tiny lens. Being an all manual focus lens, my fingers were in the shot in a lot of the first photos I took.

In terms of weight, we’re talking about feather-weight here. There are two versions available. The standard version, which is 170g, and a lightweight version, which weighs only 150g.

The 150g version is meant for use on drones, but it can equally be used on regular cameras. So if you’re flying something like a DJI Inspire or Zenmuse, you should choose the 150g version.

In terms of optics, the two versions are the same.

Minor Flaws I Can Live With

The Laowa 7.5mm does have it’s minor flaws.

First, as I’ve already mentioned, it isn’t really true rectilinear even though it is marketed as such. There’s still some barrel distortion going on, which needs to be corrected.

At f/2.0 it also shows a bit of vignetting, which I don’t mind for astrophotography and time-lapses though. And it is also easily corrected in post if you don’t want it.

My biggest issue with the Laowa 7.5mm is that it is very soft at the edges – especially if you’re shooting wide open. If you’re trying to capture a beautiful landscape at dusk, make sure to frame your picture, so that important things aren’t near the edges.

These flaws are nothing I can’t live with. They’re easily corrected in post or by stopping down the lens aperture a bit to a higher f-stop number.

So what’s the verdict?

Despite the minor flaws mentioned above, I love this little lens. At 7.5mm it performs remarkably well in terms of minimal barrel distortion. And the ability to use an aperture of 2.0 in such a tiny lens is pretty amazing.

Not only that, it is fairly cheap compared to other lenses for the M43-system.

I found this great deal on Amazon for the standard version, which includes lens filters, a cleaning kit and more, and more.

The light-weight version is slightly more expensive, but not by much. So if you’re flying drones or just want the lighter version, you can find it here on Amazon.

I like how it renders colors and the image, and I even like how it flares when you shoot directly into the sun.

I even like the cute little sun hood, even though I’m not sure it has that big of an effect. Take good care of that one, as it can easily come off and get lost.

And in terms of solving my problem for the client, it did its job perfectly.

So all-in-all I think this is an amazing piece of gear for Micro-Four-Thirds system cameras such as the Panasonic GH5/S, the Olympus OM-series or the Blackmagic Pocket Cinema 4K or BMPCC4K if you prefer. It pretty amazing, that you can get such a tiny wide-angle lens, with an f/2.0 aperture for those systems.

So if you’re looking for a wide-angle lens for your MFT-camera, you should definitely consider the Laowa 7.5mm f/2.0.