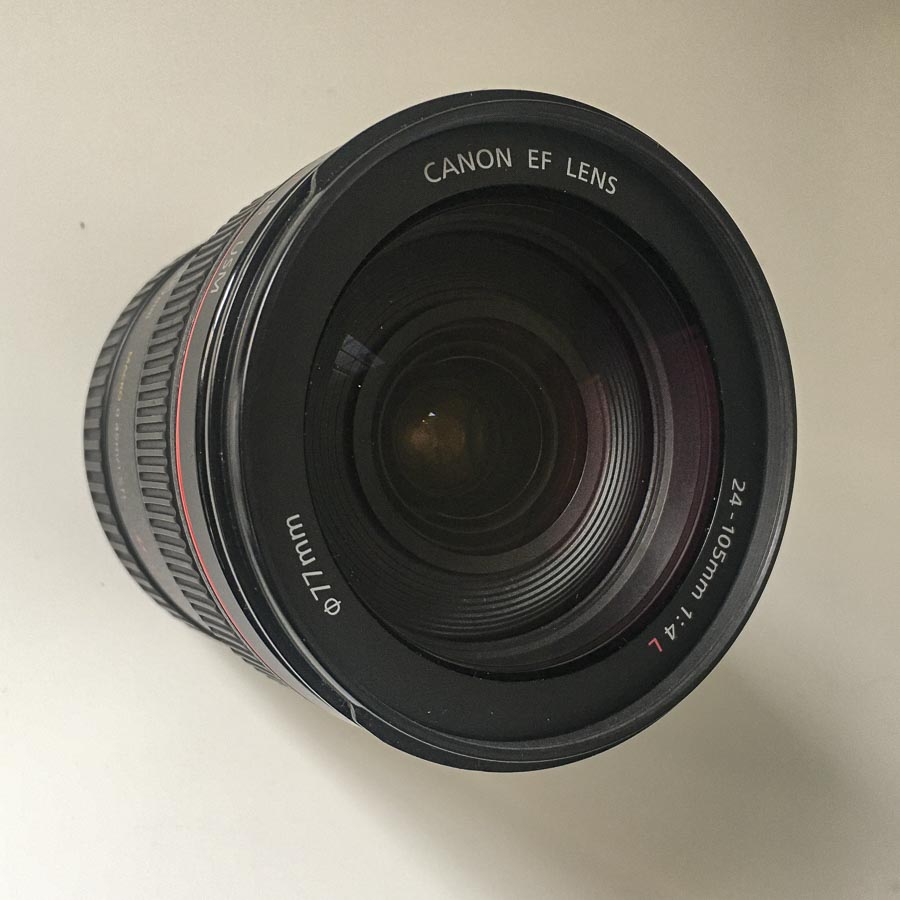 As a photographer turned cinematographer, I have owned the Canon L Series 24-105 EF IS since 2013. It came bundled with a 5D Mark iii, which I primarily use for stills.

In the past, I might have balked at using this slow, f4, zoom lens in filming situations and opted for faster cine primes. But as my work in documentary has grown, I’ve truly come to appreciate this workhorse lens.

I am not alone. In a field where 82% of productions utilize zooms, the 24-105 is the number 1 zoom lens of choice according to the International Documentary Association’s 2019 Equipment Survey.

While cine primes are beloved by most cinematographers, why are so many choosing this lens which was designed for still photography? For me, this lens lands in a sweet spot of features, image quality and price which I’ll break down below.

When doing handheld in scenarios that do not allow for stabilizers like gimbals or Steadicam, the IS feature of this lens makes an enormous difference. It’s a truly fantastic technology that has become crucial to my handheld work, particularly when following subjects on foot.

IS has well-documented limits (it’s less useful with mechanical vibrations from vehicles) but for documentary run-and-gun scenarios, it makes an enormous difference.

The Canon 24-70 is also a popular option for similar productions because of its f2.8 rating but it sacrifices a large range of coverage (71-105) and lacks the image stabilization of the 24-105.

In fast-paced documentary scenarios or productions with budget constraints, there is often no assistant and very little time to swing lenses.

Camera operators need to cover a scene in a variety of ways. They must quickly get inserts, cutaways, and different angles so that the editor has options and can build a scene.

Being able to go from a modestly wide 24mm to a tight 105 covers a lot of ground and reduces the number of times lens changes are needed. To get a bigger coverage range in the Canon line-up, consider the Cine-Servo 17-120mm (which costs way more!).

This lens is fairly small and that is incredibly useful in specific scenarios. When you want documentary subjects to feel at ease and not like there is an enormous Hollywood production following them around, a modest camera build is really helpful.

Not only that, but a smaller build may attract less attention from passersby and authorities if you are filming in a restricted area. It also allows nimbleness and the ability to quickly get into tight spaces like cars when there is no time to rebuild or swing a lens.

Much of lens selection has to do with personal taste and production needs. I find this lens to be fairly neutral and clean without being clinical.

If you watch documentaries, you’ve probably seen tons of projects shot with these lenses. While it doesn’t have all the character of something like a vintage lens, it’s a reliable image that has a pleasing flare and bokeh.

At certain ranges, it does have mild distortion and vignetting and the f4 rating is not a t-stop rating so there are slight differences in exposure when zoomed all the way in versus at the wider angles.

Many of the excellent cine zooms outshine the 24-105 in many other areas. They are par-focal, have gradual irises rather than hard stops, and have built-in servo motors.

Yet many of these lenses can only cover a super 35 sensor. With the rising popularity of full-frame sensors, this humble photography lens was designed to cover 35mm still film which is significantly larger than the super 35 motion picture format and corresponding s35 digital sensors.

Popular camera wisdom advises “Invest in glass”. While not every piece of glass is a great long term investment, given how certain looks go in and out of fashion or are only suitable for particular projects, this lens has been a great buy.

I’ve had the Canon 24-105mm for 7 years and shot countless projects with it and I don’t anticipate selling it anytime soon.

There are many great cameras with EF mounts or EF mount options, not just from Canon but also Red and Panasonic among others. E-mount is easily adapted to using accessories like the Metabones Speedbooster so Canon glass is frequently seen on Sony cameras as well.

These lenses have a great image, are well-built and have modest weatherproofing. If you take good care of this lens, you will have it for a long time.

With an updated version II and now Canon’s new RF mount version, we will likely be seeing this lens and iterations of it continue to be reliable standards for filmmakers in documentary and beyond.

What is your workhorse lens?