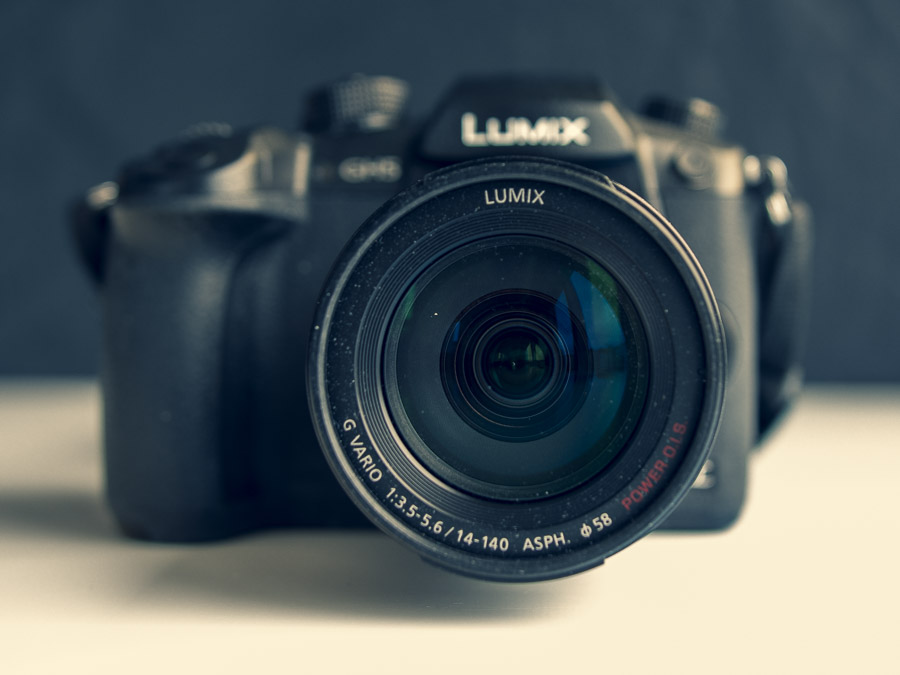 One of the least talked about lenses for the micro-fourth system is the Panasonic Lumix G Vario 14-140mm f/3.5-5.6.

The lens has recently been updated and is now dust and splash proof, and supports Dual I.S.2 as well.

The new version has been given the straight forward name Panasonic Lumix G Vario 14-140mm f/3.5-5.6 II ASPH. Power O.I.S. (H-FSA14140), and I’ll discuss later why you should probably choose the newer version over the older sibling, which I got.

It doesn’t have a large aperture of 1.2 or something like that. Heck, it doesn’t even have a constant aperture.

Instead, the variable aperture of 3.5-5.6 noticeably changes the exposure, as you zoom in and out.

Speaking of zooming, the Lumix 14-140mm doesn’t feature internal zoom but has this plasticky looking tube extracting from the base.

As the icing on the cake, the lens is focus-by-wire. But then again, most native micro-four-thirds glass is.

So why on earth do I love this lens?

The Lumix 14-140mm Is Your Versatile Workhorse

Let me start by saying that this isn’t going to be a pixel peeping or geeky spec kind of review. I’m not going to go into discussions about the different groups of aspherical and low-dispersion elements, because frankly, I don’t care.

Instead, this is going to be a hands-on review based on my experience with the lens. As long as the images come out reasonably sharp without too much distortion, chromatic aberration, vignetting or flaring, and can render a professional result, I’m satisfied.

And the Lumix 14-140mm delivers on all those parameters.

But the main reason why I love this lens is that it is incredible versatile.

I got it as a kit lens for my GH4, and I’ve continued to use it on my GH5 and GH5s because I find lots of work for it.

I still use it on paying jobs for both photography and video. And as long as you know and work within its limits, it shines!

The 14-140mm Is An Incredibly Versatile Focal-Range

The reason the Lumix 14-140mm is such a versatile lens comes down to the 10x focal range.

The focal range of 14-140mm (or 28-280mm in full-frame equivalent) covers from semi-wide to medium ranged telephoto shots. This makes this glass useable in so many different situations.

Below I’ll discuss in more detail the pros and cons of using this lens in a lot of different situations.

The Panasonic Lumix 14-140mm For Interviews

Yes, you can easily use it for interviews – even indoor – as long as you’ve taken the time to set up lights.

You won’t get a really shallow depth-of-field, but then again, not every interview calls for this kind of look.

And when the interview is done, it is easy to grab your camera from the tripod and start shooting b-roll if needed.

For video work, you need to remember to compensate for exposure changes as you zoom in and out since the lens has a variable aperture. So changing the focal range while shooting, is okay when shooting b-roll but definitely not something you want to do while filming an interview.

The Perfect Companion For Run And Gun Video And Photography

Where this lens really shines is in run’n’gun situations.

I’ve used the Lumix 14-140mm for street photography, and as a travel lens in the mountains.

For client work, I’ve used it for taking photos and videos which have been displayed on company websites, in printed brochures, and on big info screens.

I’ve come to trust this lens in so many of these situations, and it has never let me down.

The optical image stabilization (O.I.S.) is really good, and I’ve never had any trouble getting sharp handheld photos or video even on the GH4, which doesn’t have a stabilized sensor.

There’s a button on the lens which lets you switch the O.I.S. on and off, but I always leave it on.

Here’s a short video I shot for Stromma who also runs sightseeing buses, boats, and trains in Copenhagen and the rest of Scandinavia.

The Lumix 14-140mm has recently had an update and the new version has Dual I.S.2, whereas the version I have only has Dual I.S.1.

The new version is also weather sealed i.e. dust and splash proof. Other than that, the two iterations of this lens are identical.

I will say this though, that if I were to purchase this lens today, I would definitely get the newer version. It is such a versatile lens for run-n-gun situations, so it makes good sense that you can use it safely in all kinds of weather.

Autofocus For Video And Photography

When manually focusing, I find the focusing ring nice to work with and easy to dial in. I’ve never found focus-by-wire to be difficult to work with. It’s just different from mechanical focus.

The autofocus of the Lumix 14-140mm is fast, silent, and precise and I use it all the time for photography and video.

For video, I use back-button focus with this lens to quickly get the correct focus. And I never use continuous autofocus. But that probably has more to do with me being old-school and the less-than-ideal video autofocusing capabilities of the Panasonic GH-series.

Being an m43 lens, you can easily use this lens on cameras with better continuous autofocus capabilities such as the Olympus OM-D E-M1 II and get better results.

The Panasonic Lumix 14-140mm isn’t sexy – that is, of course, unless you find a workhorse sexy. But it is an amazingly versatile lens which can be used for both photography and video in lots of different situations.

If I were to take only one lens with me on a vacation, this would be the one.

This is not my go-to lens for a-cam footage when I want shallow depth-of-field. Especially not for interviews.

That is not to say that you can’t get a blurry background if you got the option to get real close to your subject, and the lens actually does render a nice bokeh. But it isn’t an obvious choice for these kinds of situations.

If I were to buy the lens today, I would get the updated version which is splash and dust proof and also supports Dual I.S.2. At 140mm that extra stabilization does actually make a difference. And for a lens this versatile it only makes sense for it to also be extra protected against the elements.

You can find the new Panasonic Lumix 14-140 II on Amazon here, and it isn’t even that more expensive than the version I’ve got, which is a couple of years old now. But I expect version 1 might soon drop in price as the new one is rolling out.

If you can live with the version, I’ve got, I found this great deal on Amazon, where you also get three 58mm filters (a UV-filter, a polarizing filter, and an ND8 filter), a neoprene sling strap for your camera, a mini backpack, and a complete lens cleaning kit.

In short, the Panasonic Lumix 14-140mm is so much more than a kit lens, and it really should be in every m43 shooter’s camera bag.