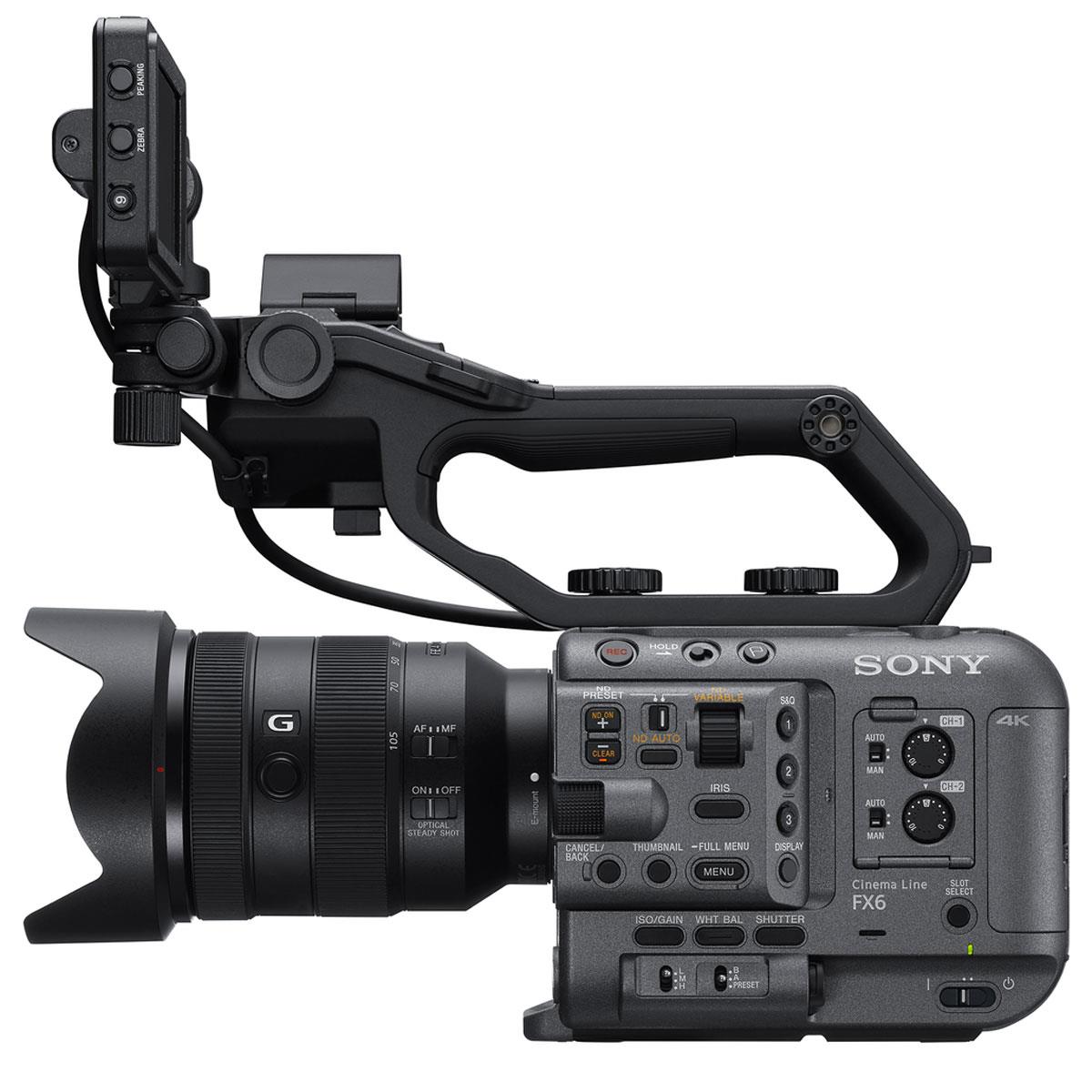 The FX-line of cameras is the full-frame successors to the extremely popular Sony FS5 ii and FS7 ii cameras, which have Super 35mm sensors.

Like other Sony cameras, the FX6 also has the Sony E Mount, which doesn’t come as a huge surprise.

The magnesium alloy chassis body is build to work in even dusty and damp conditions with several improved weather sealing improvements throughout the body compared to the FS5 II.

On the body you find several buttons to critical functions for easy access.

The fast readout also allows for minimal rolling shutter as we’ve seen on the A7SII.

Picture profiles include S-log 3 & S-Cinetone image profiles as well as 16 bit RAW-output to the Atomos Shogun 7.

So how much does the Sony FX6 cost?

Read more about the Sony FX6 and see the full list of specs on Adorama.