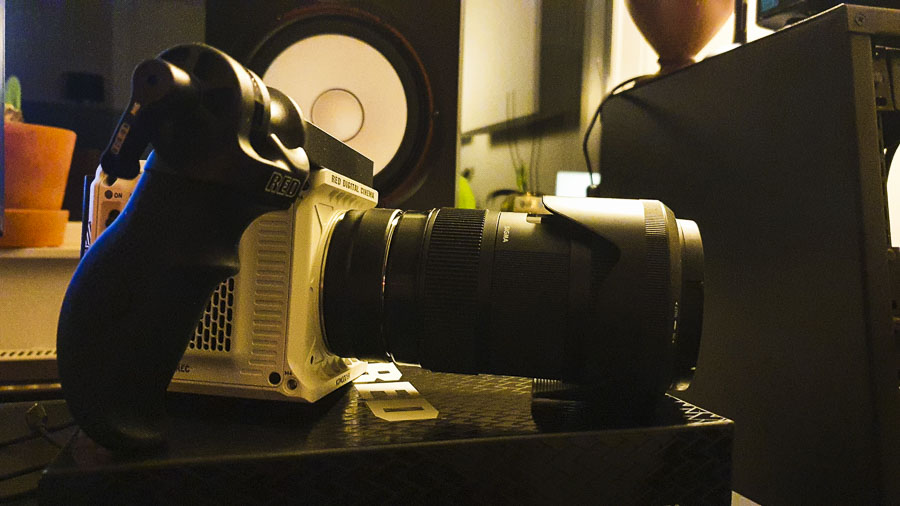 Wow! What a week. The market is overflowing with new cameras. But none has got me more excited than the official release of the RED Komodo 6K camera from RED Digital Cinema.

Okay, I know I’m probably biased here, because I’ve been a part of the RED Komodo Stormtrooper program for a while, and have tested the camera in its beta form.

While most of the Stormtrooper edition of the camera are white, the official release camera is black.

And I’m in love with this camera. Never before have I seen this kind of image quality and features in such a small form factor.

So what is the RED Komodo Camera?

The RED Komodo has a global shutter, shoots in REDCODE RAW, and ProRes Raw, and supports the IPP2 color workflow.

It comes with the versatile RF mount that lets you use adapters for EF, PL, and other lens systems.

It uses CFast 2.0 cards to capture the high bitrates.

You can control the camera wirelessly via the RED Control App or a browser, or by SDI via selected monitors like the SmallHD Focus Pro 5″, the SmallHD 702 Touch, or the SmallHD Cine 7.

The RED Komodo was initially designed as a crash cam and is being tested as such on The Matrix 4.

What are the RED Komodo Specifications?

Below you can see a table of the specs for the RED Komodo. This is still subject to change, as new firmware versions are rolled out with updated functionality.

For example, I’ve heard that continuous autofocus will be updated, and there are also mentions that time-lapse modes will be implemented.

This was just a brief announcement, and I’ll write a more extended review when I’ve used the camera in more situations. There’s still a lot of new stuff to learn, and I look forward to the upcoming firmware upgrades.

Check the current deals for the RED Komodo on Adorama.