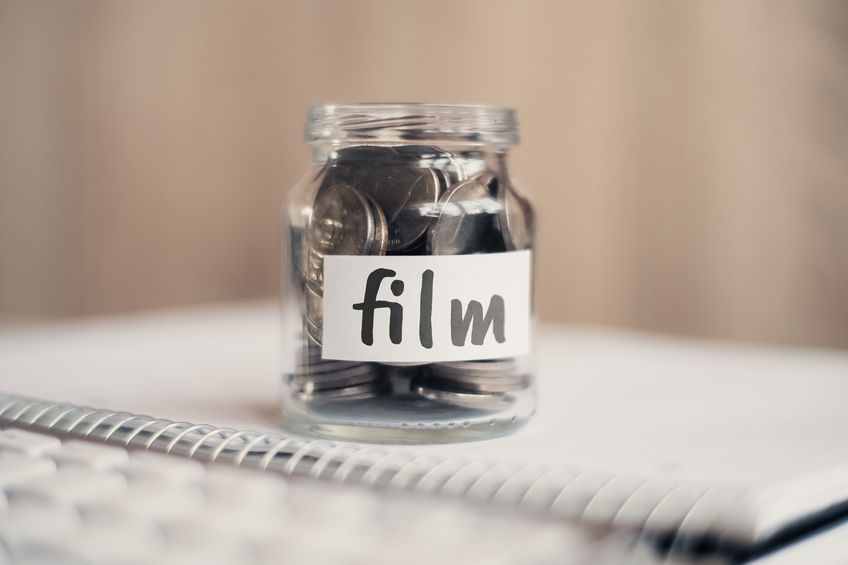 Coming up with a great idea for your first film is hard enough. What about getting the movie funding to make it? We’ll share ways this has been done before.

It’s called the film business for a reason.

Sure, this is a proud creative industry that puts originality and artistic expression on a pedestal! At the end of the day, though, there’s no escaping the starring role that money has to play.

The biggest studio movies, for example, cost a staggering $100 million to create and market.

As you can see, having an amazing idea for a brand new indie film is a vital first step. But only with money in your pocket can you make it a reality!

Thankfully, sourcing movie funding is far from impossible. With the right approach, you should be able to scrape together the cash that’s required and bring your idea to the screen. Sound like a plan and want some ideas on how to do it?

Read on for some top tips on how to get funded for a movie you want to make.

You’ll struggle to generate movie funding with just an idea to your name. The next key stage is to take that initial concept and develop it into a fully-fledged film proposal.

Once it’s done, you’ll find it far easier to attract people to:

Imagine the proposal as your blueprint for the movie. It’s essentially a visual pitch that captures the end product before you’ve even started.

Among other things, you have to think about (and write down) the plot outline, a logline (an elevator pitch that sums up your film in a few short seconds), and a visual depiction of key scenes in the film.

From there, go into detail on the characters, the mood, and the audience you want to target. All told, you’ll end up with a key resource with which to attain funding.

Finding funding for films is exactly the same as entrepreneurs pitching a business idea to banks, angel investors, and venture capitalists.

You’ve both got to convince affluent third-parties that it’s in their interest to invest their money in you. And having a business plan will help. Why?

Because film investors will want to know all about your financial needs and predictions. The film business plan is where you lay it all out.

Do some research to find out how much (you expect) your indie film will cost to produce and market from start to finish. Take a look at similar films and the budgets they had at their disposal. That should provide a reasonable guide on which to base your assertions.

It’s one thing to make a movie. It’s another altogether to make it profitable.

For instance, over 35% of films with theatrical releases make no money whatsoever! That’s hardly reassuring for independent film investors out there!

Nevertheless, the predictions you make about the financial success of your movie will be all-important. Anybody who could, in theory, invest their cash will want to know what their ROI would/could be.

Of course, you can never know how the film will do financially.

With some market research, though, you should be able to create a ‘best guess’. Investigate the revenue of previous films, in a similar niche, that had a comparable budget. That should help you estimate the best and worse-case financial outcomes for your film.

We should mention that investors aren’t your only choice for funding your film.

Grants are another hugely popular route that many aspiring filmmakers take instead (or at the same time). Numerous organizations out there have large pools of cash that they offer to people just like you- creators with ideas but not resources.

Search hard enough and you’ll find potential grants for every niche and style under the sun. Put in an application and, with a bit of luck, you might be given the money to bring your ideas to fruition.

As you can imagine, though, these grants are hugely popular sources of funding. With countless other applicants, there’s never any guarantee that your bid will be accepted.

Give yourself the best chance of success by a) upskilling yourself in effective grant writing, and b) choosing the grants that match your chosen niche to a tee.

Crowdfund Your Cotton Socks Off

Many budding filmmakers (and any other creatives, for that matter) look to sites like Kickstarter to support their projects.

Crowdfunding offers a lifeline to anyone who might struggle to find funding from traditional sources. You leverage the power of the internet to find willing investors from all over the world.

With a compelling project and a successful campaign, everyday people will want to see your film hit the screen. And they’ll donate some money to make it happen.

If you want to learn how to run a successful crowdfunding campaign, check out our guide.

Speak to Family and Friends

Never forget the value of affluent friends and relatives either! Loved ones can often be a key source of movie funding- especially for small-scale productions.

Now, the bank of mum and dad might not be able to cover your entire budget. But every little count! Indeed, accepting smaller contributions from multiple sources is often the key to success.

Another incentive for seeking ‘investment’ from loved ones is the lack of interest (in all senses of the word) that’s attached.

After all, most friends and family want nothing more than to see you succeed. Unlike banks and other loan companies, then, they’re less likely to demand anything in return for lending you the money.

Time to Find Moving Funding for Your Indie Film!

Money makes the world go around, right? Without it, making something out of nothing can feel like an uphill battle.

That’s never truer than when you want to make a movie! Indeed, it doesn’t matter who you are or where you’re from. Finding movie funding is the only way to bring a film idea from fantasy into reality!

The task isn’t easy. Hopefully, though, with the tips in this post behind you, you’ll be better prepared to make it happen.

Looking for further support on the financial side of things? Click here for a long list of free stuff that’s sure to come in handy.