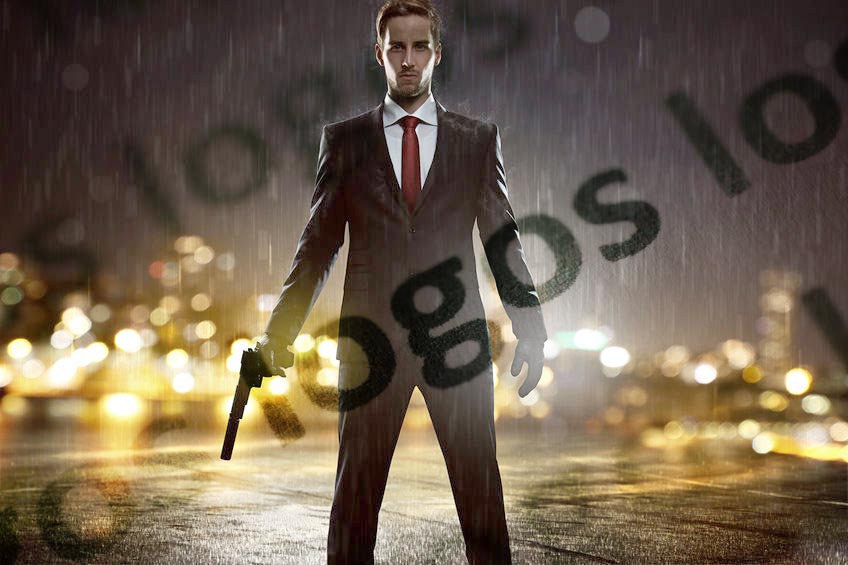 This is Part 3 of a series, where I discuss the rhetorical appeals logos, ethos, and pathos for screenwriters. Read Part 1 here. Read Part 2 here.

You’re at home, all excited because you just fired up a new movie with an exciting premise that you’ve been waiting to throw on ever since you saw the first trailer over a year ago.

All the elements of a film you would like are there, including an amazing cast, popular director, and clever dialogue. The only problem is you’re about 40 minutes in, and nothing makes sense.

That’s because the film isn’t following the core rules of the rhetorical device logos.

What is logos, and why is it important to storytelling?

Logos is important for winning the audience over with reason. All your plot points should feel cemented in story logic and the inevitable consequences of your character’s choices.

While it sounds obvious, it can be hard to do, especially when your imagination carries you away. As they say, common sense isn’t so common these days.

To get your audience to suspend their disbelief, invest their emotions, and ponder their own humanity, the world of your film needs to feel real.

The more realistic and logical you make the characters and their decisions, the more relatable they will feel, and the more we as the audience can empathize with them.

How to use logos in your screenplay

The first way to use logos in your short film is by establishing a set of what Aristotle called commonplaces. Commonplaces are an established premise that the audience accepts as true and believable. Think of this as the normal world of the story.

Ideally, your normal world at the beginning of your film should have some honest basis in the normal world we live in today.

Logos in the film Monster, Inc.

Think about how the Pixar classic Monsters, Inc. establishes the fictional world of the monsters as a kind of working-class suburban parallel to our own world, complete with the main characters working a 9 to 5 gig at a public utility that just so happens to run on “scaring kids.”

This is a brilliant way of creating a commonplace that the audience can identify and cling to, even inside the weird world of monster politics and magical doors.

We also understand the main characters’ motivations, as we can identify with their working-class environment and desire to perform well at their jobs.

How to establish commonplaces in your script

You can similarly establish a commonplace at the beginning of your film. This could be a character with a problem, goal, or relationship dynamic that we can identify with straightaway.

Commonplaces are especially helpful for short films because you have so much less time to tell your story. The more you can establish at the beginning, the less work the audience has to do to jump on board with your premise.

What is story logic?

Story logic is the connective tissue of your story. It’s the driving machinations behind the plot that causes everything to happen.

You should follow the story logic to confirm that every plot point in your film feels earned by what’s come before.

If you were writing your story in a computer programming language, the story logic would be the if this > then that calculations causing the script to function.

Stories are all about decisions. We make decisions based on motivations. Our motivations come from our desires. In film storytelling, a strong motivation comes from a strong desire. Strong desires build strong characters.

The presence of story logic persuades the audience that every plot point is motivated by something set up somewhere else inside the world of the film. It’s the “why are they doing that?” or “why did that happen?” that the audience can fall back on.

“Oh, he went back into the basement because he needed the keys to turning on his car to escape, not just because he’s an idiot!”

Ideally, these plot points are also grounded in honest human behavior we can recognize from the outside world, but as long as the choices made make sense inside the rules of the story, it should check out.

That said, if your characters don’t act at least at some level like real people, they will inevitably make decisions that seem only to service the plot and come across as dumb to the audience.

How to establish story logic

When writing every line in your next short film, ask yourself two questions:

This helps understand your character’s underlying motivations and make sure every action they take is genuinely motivated by their character traits or flaws.

Just because a line is funny or an action is cool doesn’t mean that it belongs in the script. Always keep the central character arc of the story in mind throughout.

When you apply logos to your storytelling, the ultimate conclusion of the story should not only feel like the right ending but like the one that was the most logical outcome based on everything that came before.

You want your ending to feel so well-conceived that the audience can’t imagine the story ending any other way!

Let’s take a step back for a second.

While you want your ending to feel earned, which is what we’re talking about when we say “well-conceived,” you don’t want the ending to be so obvious that it’s predictable.

That would be the opposite of satisfying to the audience.

Instead, you want to use logos in your storytelling to create an ending that the audience can put together only right before it’s about to happen.

As the audience puts the pieces together themselves, realizing how they all fit together as one meaningful whole, they should become satisfied in their own ability to solve the puzzle while simultaneously becoming satisfied by your ability to tell such a clever story.

The benefit of making the audience feel clever? They think you’re clever too!

How does Logos work in action? Try Knives Out.

One of the best modern films that use logos with expert precision is writer and director Rian Johnson’s 2019 masterpiece, Knives Out.

Knives Out is a classically styled ‘Whodunnit’ about the suspicious murder of a prolific crime novelist who is survived by his eccentric and combative family.

What seems at first like a sudden suicide becomes a twisty tale as the more we come to learn about the circumstances of the novelist’s death, the more we begin to understand that everything is not what it seems…

What I love most about this movie is how it follows the beats of your typical murder mystery but subverts the audience’s expectations by planting the audience in the shoes of the “murderer” as they try to get away with the crime.

You see, in the film, we are led to believe that Harlan Thrombey, the crime novelist played by Christopher Plummer, was accidentally killed by his live-in nurse, Marta, played by Ana de Armas.

The whole thing is shown to us as an accidental medication mixup that Harlan agrees to help cover up before the medicine takes him out.

But then there’s a double twist! A little past the middle of the film, we begin to realize that in actuality, someone other than Marta switched the medications and that Marta wasn’t the killer after all. But we also learn someone else is now trying to kill Marta to cover their tracks!

To find out who that someone is, you’ll have to watch the movie yourself. I highly recommend it.

How to use logos to play against expectations

But what does all this have to do with logos?

Knives Out establish a logic that the audience bites into with reasoning. But it’s all a setup. In other words, Rian Johnson is playing the audience against itself using logos!

To persuade an audience that your story is worth telling, you have to both know and actively play against an audience’s inherent expectations going into a film.

Part of that is having a working knowledge of film story structure in general.

To communicate his ideas effectively, Rian Johnson knew he had to play against his audience’s expectations.

Today, we have so much media and entertainment to consume. We are so media-literate in general that even casual audiences are all caught up on how traditional movie storytelling usually goes.

For instance, if you’re making a feature film, the audience will instinctively know that by minute twelve, some inciting incident is going to occur.

If that doesn’t happen, you may find your audience begin to get bored and antsy. They may stop paying attention altogether.

Another part of knowing your audience is knowing the conventions and tropes of the film genre you are making and playing against those tropes.

How to use logos to trick the audience

To do this yourself, think about how a typical film in your story’s genre would play out and how a traditional narrative arc would structure your story.

Now think about how you can play along with what the audience expects and then subvert it in interesting ways that take the story and the audience to places that never occurred to them.

Think about what would happen in an obvious scenario, then what would surprise you to watch.

Rian Johnson knew the beats of a murder mystery like the back of his hand. So he not only played against the typical murder story by making the killer the point of view character for the first half of the film, he included a double-cross to reveal she wasn’t actually the killer after all.

It kept us guessing, but more importantly, it kept us rooting for her.

Remember: to use logos most effectively, you still need to hit some familiar story beats, even when going off the beaten track. Your audience will want something that keeps them grounded in the reality of the story and traditional structure they are familiar with.

The best way to satisfy your audience using logos is to give them an opportunity right before the end, where they can finally see the whole picture, but right before you say it yourself.

For a good example of this, check out how Rian Johnson directs the final confrontation in Knives Out when the detective gets the whole family together to reveal his findings. I won’t say more, you have to watch it.

I hope you found this breakdown of how to use logos in your scriptwriting useful. Now let’s take a look at how you can use pathos to tell persuasive stories as well.