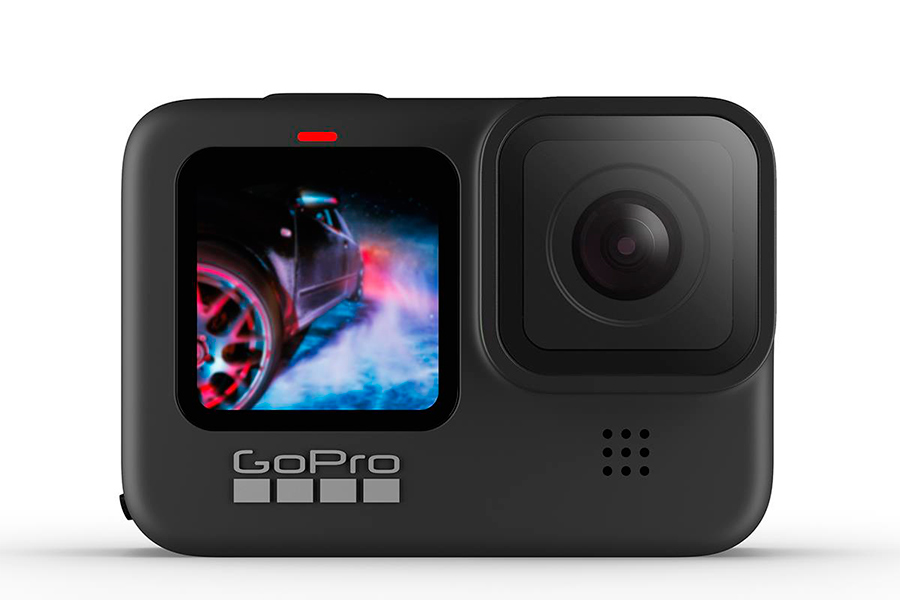 GoPro has released their latest iteration of the popular action cameras – the GoPro Hero9 Black. Check the current price on Adorama.

The new camera comes with a bunch of upgraded features.

The most prominent features are a new 23.6MP sensor capable of delivering 5K video at 30fps, 20MP Photos, and better video stabilizations.

Also worth mentioning is the new 1.4″ front-facing display with live preview and status modes that makes it easier to frame your shot, the increased battery life of 30% over GoPro Hero8, and a larger 2.27″ rear touch display with touch zoom.

It’s also nice to see, that they’ve gone back to a removable lens cover in GoPro Hero9.

In order to get space for the bigger rear display, GoPro had to make the entire camera slightly bigger as well, which means that any waterproof cages or other protective frames you might have for earlier iterations can’t be used with this camera.

Here’s a video from Adorama where you can see the new GoPro Hero9 Black in action:

Here are all the new features listed as a table:

GoPro also introduces a Max Lens Mod (for an additional $99.99) that allows for horizon lock when the camera is rotated a full 360°.

That way you can create 360° video and photos with video stabilization and low-distortion at resolutions up to 2.7K at 60fps.

The Media Mod for HERO9 Black and Display Mod will be available starting Sept. 16. The Light Mod is currently available on GoPro.com as well as at select retailers.

Check the current price on Adorama.