The term resolution refers to the amount of pixels of the image you are recording. Over time, the amount of pixels we have been able to capture with our cameras has increased, leading to the advent of HD cameras, which can record pixel resolution of 1920 by 1080. By contrast, 4K cameras refer to cameras with resolutions of or around 4000 pixels wide, but it varies depending on if you’re going for a theatrical resolution (4096x2160) or HDTV standard (3840x2160). The standard resolution for streaming HD on a platform like Youtube is 1080p.

Room tone refers to the base level sound of the set you are in before any dialogue or sound effects are added.

When you are on set, room tone is usually captured by the sound team before or after you start shooting so that the editors will have it later in case they need to fill blank space in order to cover a part of the scene where the sound has been removed or more space has been added between lines.

Without it, it creates a vacuum of sound completely, which removes users from the reality of the scene.

The rule of thirds refers to a tenet of good film composition that advises directors and cinematographers to mentally break up the frame into three vertical and three horizontal sections. Then, the goal is to place subjects strategically in one of the thirds so that they line up in an aesthetically pleasing manner, be it juxtaposed by another subject in an opposite third, or directly in the center opposing another centered subject in a reverse shot (like Wes Anderson, who often puts his subjects in the middle of the frame as a stylistic choice). Most cinematographers follow these rules religiously unless they are breaking them on purpose for a desired (and disorienting) effect. 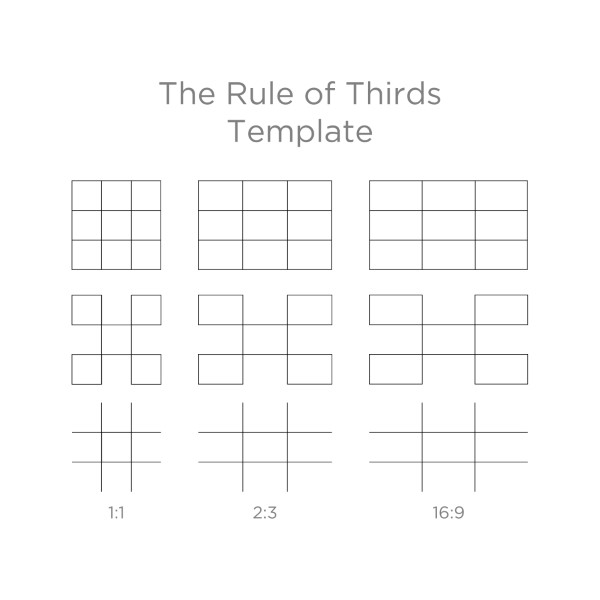