All | # A B C D E F G H I J K L M N O P Q R S T U V W X Y Z
There are currently 4 names in this directory beginning with the letter A.
American Shot
The American Shot is a variation of the medium shot that frames the characters from above the knee level and up in order to get both the gun holsters and the head and cowboy hat in the frame. The American shot is also referred to as the Cowboy Shot, medium-long shot, knee shot, or 3/4 shot. 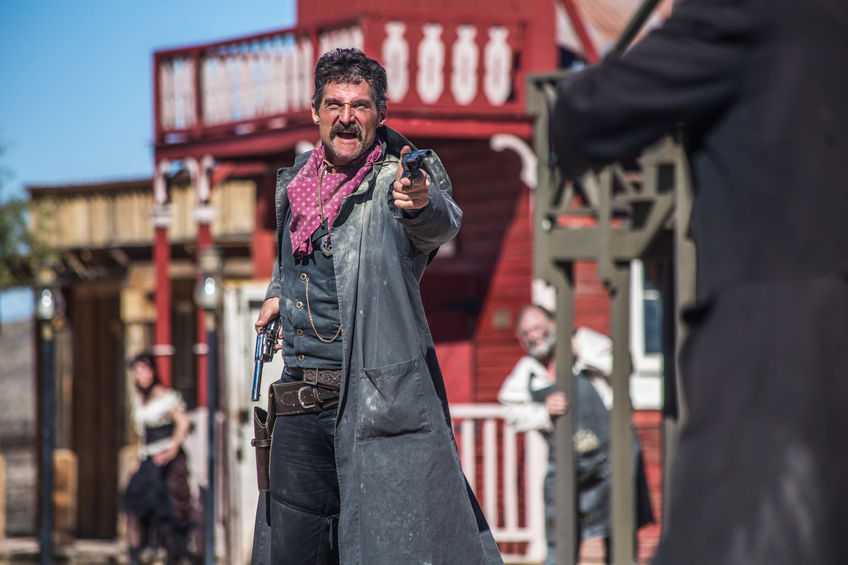 See also The Most Frequently Asked Questions About Camera Shots and Camera Angles
Anamorphic Look
An anamorphic look comes from the use of anamorphic lenses or anamorphic "fake" lenses, which inhabits some of the characteristics of using a true anamorphic lens. The anamorphic look is characterized by a wide field-of-view by squeezing a wider field-of-view onto a narrower imaging surface. The anamorphic look is also characterized by horizontal lens flares and oval bokeh.
Aperture
The aperture of your camera lens refers to the mechanism that opens and closes to let light into your camera’s image sensor. When your aperture opens and closes, it is measured in terms of something called f-stops, which is a shorthand that refers to how much light is getting through. The higher your f-stops, the narrower your aperture, and the less light are reaching your image sensor, creating a deeper depth of field. Meanwhile, a lower f-stop number means a wider aperture opening, which means more light is reaching the sensor, and contributing to a shallower depth of field. 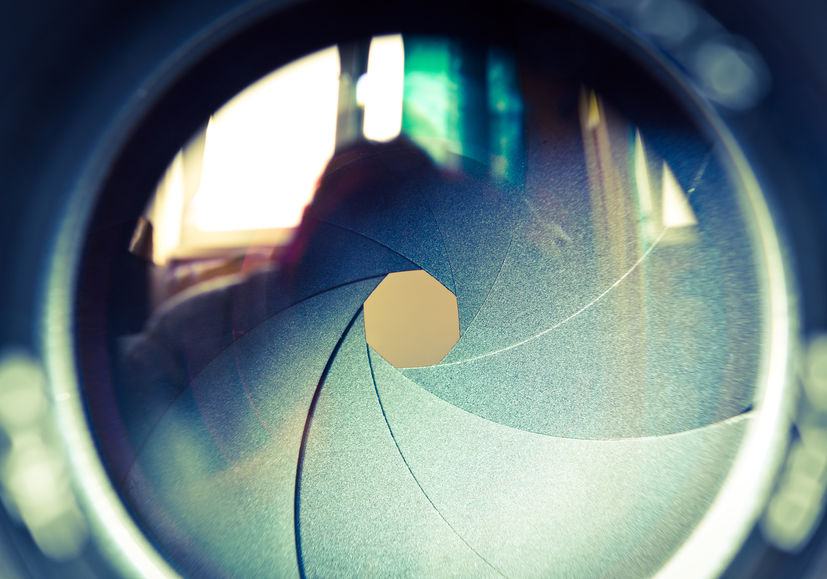 Suggested reading: How to Choose the Right Camera Settings for Video Production
Aspect Ratio
The aspect ratio refers to the dimensions of your image in terms of width by height. This is a ratio used to apply to how the image should be formatted independent of the actual pixels, which would be the resolution (we’ll get to that). Any image seen on a screen nowadays is defined in terms of pixels, so the number of pixels wide by pixel high an image determines the pixel aspect ratio. As the normal aspect ratio for most cinematic films is 16:9, an image that is 1920 by 1080 would technically be considered 16:9, but so would a 4K resolution image with a resolution of 4096 by 2304. The ratio 16:9 is the cinema standard, while another common aspect ratio is 4:3. 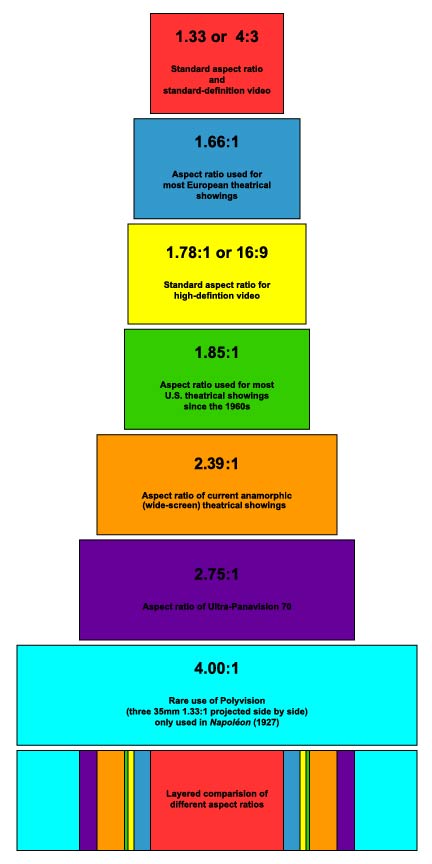