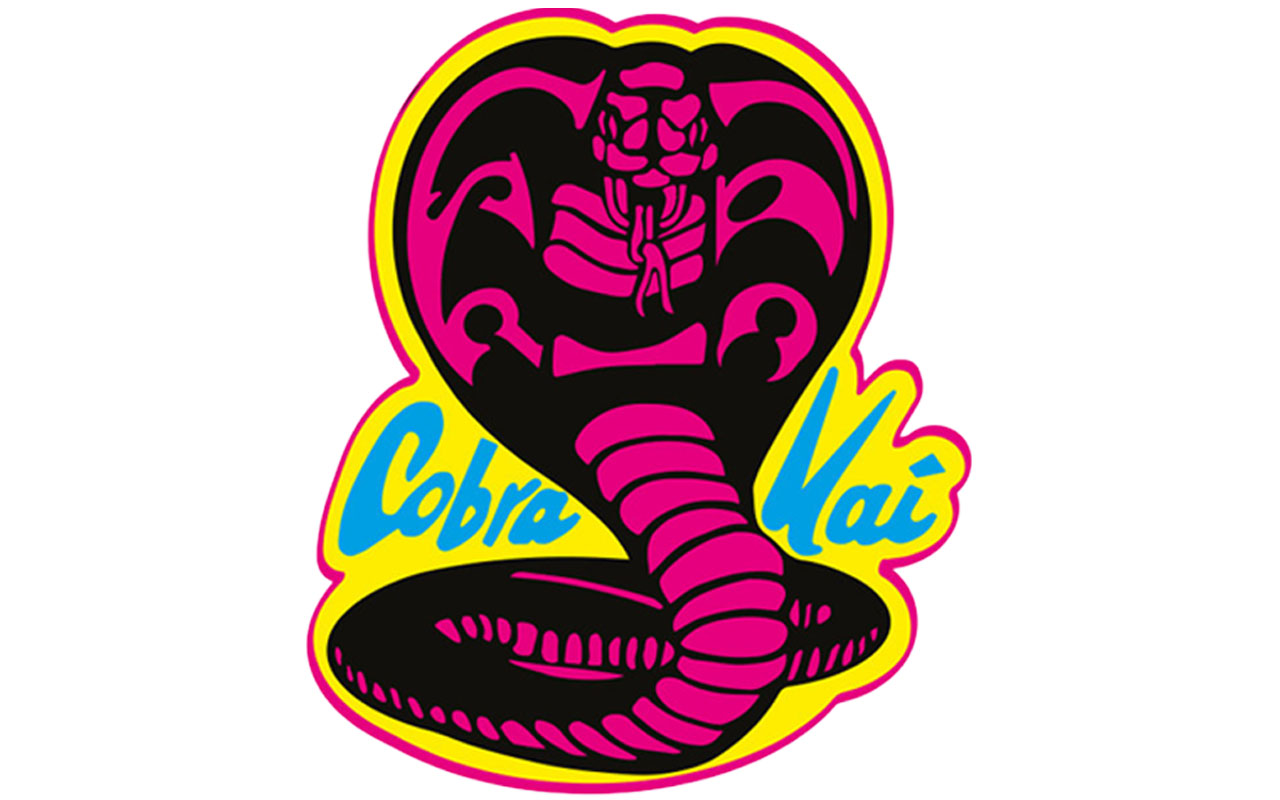 The hit Netflix show Cobra Kai was a surprise success on the streamer.

Based 34 years after the events of The Karate Kid movie and the infamous 1984 All Valley Karate Tournament, the show follows a down-on-his-luck Johnny Lawrence (the villain from the original film) and his attempt to redeem himself through the reopened Cobra Kai dojo.

This of course fuels the flames of rivalry between him and the now rich and successful Daniel LaRusso.

With both of the stars of the original (Ralph Macchio and William Zabka) returning for the Cobra Kai series, the show has created four full seasons of fantastic dialogue, one-liners, and iconic Cobra Kai quotes.

In addition to the snappy dialogue between Daniel and Johnny, the Cobra Kai cast is joined by newcomers Miguel, Samantha, Hawk, and Robby have some of their own iconic dialogue, which we’ll share below along with some context.

Johnny’s finally got his Dojo class up and running, and it turns out a pack of misfits. But that’s no matter because the whole point of Cobra Kai is that anyone can “become Badass.”

This is what this quote refers to – part of Cobra Kai’s mantra, that fear and pain do not exist in this dojo, and they can be overcome.

If you’re into martial arts on screen, check out the 20 Best Action Fight Scenes In Fighting Movies.

From Season 2, Episode 8 “Glory of Love”

Sometimes, even in Cobra Kai, you need to admit your faults in order to adapt and grow as a fighter, which is exactly what Johnny admits in this monologue when he addresses the flaws of the slogan “Strike hard. Strike fast. No mercy.” written on the walls of his dojo:

“To be a great fighter, you gotta’ learn to adapt. This creed on the wall. Follow it to the letter, it’ll make you strong. It’ll make you formidable. It’ll also make you an asshole. ‘Cause that’s just black paint on a white wall. But life’s not black and white. More often than not, it’s grey. And it’s in those grey areas where Johnny Lawrence’s Cobra Kai sometimes shows mercy. Doesn’t mean you can’t be badass. It’s still a requirement. But you have to learn to think, not just with your gut, or your fists, but to really use this.”

Johnny ultimately has to defect from the teachings of John Kreese, his former Sensei, because of the harm inherent in this strategy.

3. “You can’t let the mistakes of your past determine your future.”

Miguel’s mom Carmen says this to Johnny when she first meets him and invites him to dinner.

She says it about herself, but it’s basically advice Johnny needs to hear himself, as she can see that he is a man who is still run by his past.

Another great scene that’s all about editing and less about the iconic lines is this amazing scene where Johnny finally tells his side of the story after he finds out Miguel is dating a Larusso daughter.

From Season 4, Episode 6, “Kicks Get Chicks”

In this episode, Johnny and Miguel have to recruit a new female fighter to their new Eagle’s Crest dojo in order to compete in the All-Valley tournament.

6. “Change that ringtone. Get some Guns N’ Roses or something.”

Miguel and Johnny’s relationship is definitely core to the new Cobra Kai series, as it builds from the first episode of Season 1. However, it’s not without its growing pains, like this funny scene where the two generations have a culture clash over Miguel’s ringtone.

Johnny Lawrence: “And change that ringtone. Get some Guns N’ Roses or something.”

Johnny Lawrence: “I’m going to pretend you didn’t say that.”

Since fans of the original Karate Kid are probably Gen X’ers who remember the 80’s hair metal band Guns N’ Roses being one of the biggest bands in the country like it was only yesterday, this joke is for 80s kids.

Check out the scene above where Miguel listens to Guns N’ Roses for the first time. Seems like he likes it!

This Cobra Kai quote is from a great scene between Daniel Larusso and his daughter Sam.

She’s going through some fear from a traumatic fight, and so he takes her to his lowest moment (From Karate Kid II) where he almost lost his own fight to fear.

Check out their deep conversation and his inspirational speech here:

8. “The best defense… is more offense”

This line is from Johnny Lawrence to Miguel in Season 1 of Cobra Kai. It’s one of Johnny’s first lessons to Miguel when they begin training together.

When Johnny and Danny Larusso finally team up in Cobra Kai season 4, they strategize over how to defeat the new Cobra Kai taken over by John Kreese.

10. “The human’s response to danger is fight or flight, but an eagle’s response is fight and flight.”

This line comes from Johnny when he trains Daniel in the art of the Eagle Fang.

The whole scene is awesome.

11. “Sometimes the scars you can’t see are the ones that hurt the most.”

Samantha LaRusso says this in Season 3, Episode 8 of Cobra Kai.

Check out the spoiler-filled montage above of all of Sam’s best moments from Cobra Kai season 3.

Johnny and Daniel bond together over their past and mutual love for their mutual ex Alli. Daniel shows him her profile on Facebook.

While we’re at it, check out some of the funniest lines from Season 2 in the clip above.

13. “If your enemy insists on war, then you take away their ability to wage it, eh?”

This quote is from Chozen Toguchi, one of Daniel’s former rivals in the Karate Kid franchise. Daniel meets him again in Okinawa, and they begin training together.

The quote is in reference to Miyagi’s pressure points that neutralize an opponent.

As former rivals coming together despite their differences is a huge part of this show, Chozen’s appearance is another example of that.

14. “You see what I just did there? That’s called de-escalation.”

If you want to see a kick-ass scene of Daniel LaRusso taking down a whole hockey team, I highly recommend this clip.

This quote is just hilarious. Check it out in this highlight reel of some of Cobra Kai’s funniest lines.

16. “I’m going to be stomping all these weak-ass Bitches next year!”

From Season 4, Episode 9 “The Fall” Devon, Eagle Fang’s first and only female student, says this after she’s eliminated in her fight in the All Valley Tournament.

She’s not disappointed that she didn’t win her fight after only training for six weeks; instead, she’s excited to crush the competition next season!

17. “I spent months terrorizing a teenager over a high school karate tournament. It sounds insane just talking about it.”

This Cobra Kai quote is when Terry Silver realizes his plotline in Karate Kid Part III was pretty over the top and out of control, which is partially the franchise’s way of addressing the criticism of that third movie.

It’s the perfect send-off for the character and the perfect way to acknowledge its flaws without taking its “canon” status too seriously. After all, this whole show is about redemption.

This is the moment that Daniel and Johnny squash their beef – by acknowledging their differences and coming to terms with the balance between their two, different styles of teaching.

19. “I wasn’t taught the difference between mercy and honor and I paid for it. If I’m extra hard on you, its because you have the potential to be better than I ever was.”

Johnny Lawrence says this to Miguel before his big fight at the end of Season 1 to justify his harsh training technique.

It’s a key to their relationship – Johnny is both the father figure that Miguel doesn’t have and the father to Miguel that he never was to Robby.

It pairs nicely with the scene Daniel has with Robby that explains how Robby can’t let his relationship with Johnny hold him back from living in balance with himself. Two great scenes.